-Cassper Nyovest is planning to host a brand ownership workshop for youth month.

-This comes after he was accused of lying about the ownership of his alcoholic brand Billiato.

This afternoon, CassperNyovest turned a scandal into an opportunity. 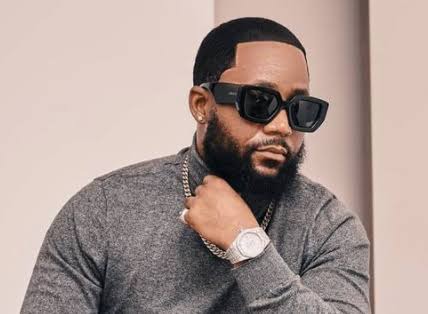 In honour of South Africa's youth month, the rapper-turned-businessman is hosting a workshop to teach the youth about brand ownership next month.

This comes after revelations that Cassper does not own the alcoholic brand Billiato, which he has paraded as his own since its launch in 2021.

ALSO READ: "He only 100% owned his ponytail:" Turns out Cassper Nyovest allegedly doesn't own Billiato

According to Khawula, Cruz CEO David de Mardt owns the Billiato brand as well as all other alcohol brands claimed by Mzansi celebrities as theirs.

Cassper quickly defended himself, claiming that he is the owner of the brand and that he is not an ambassador or influencer hired to promote it.

"Not only am I an owner but I'm the founder, the CEO, and Marketing director!!! I own my products," said Cassper Nyovest in a tweet.

Of course, Tweeps reacted to the news by claiming that the workshop was long overdue. 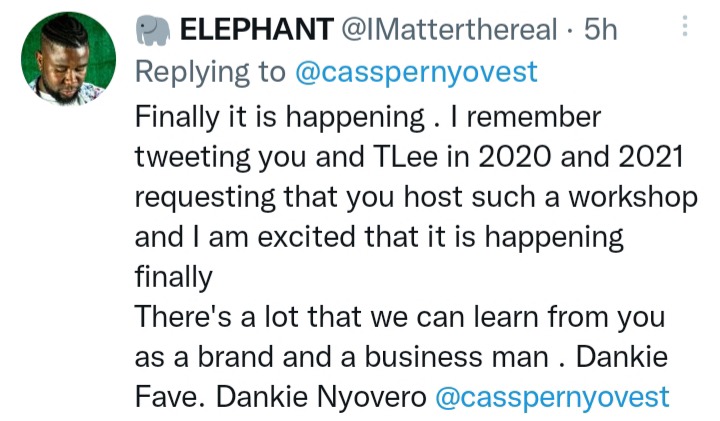 Others claimed that he has a lot to teach the youth of South Africa.

Others on Twitter pleaded for only those who are hungry for information to attend, rather than those who are only interested in meeting Cassper because he is a well-known figure. 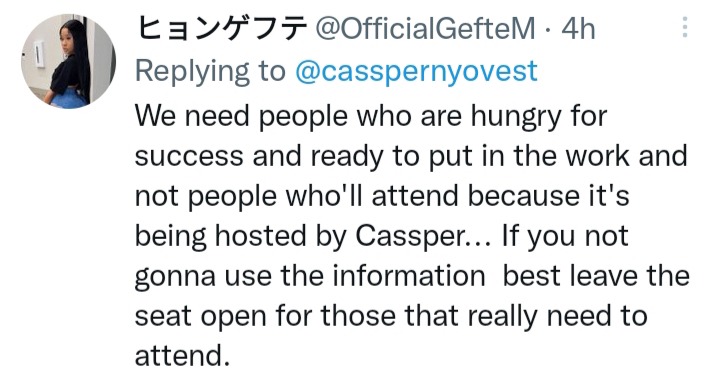 The majority of the Tweets in response to his tweet are enthusiastic about the idea.

Lasizwe's cosy pictures with Mohale Motaung cause a frenzy with their fans.