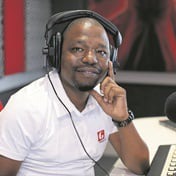 Radio host Bongani Gina has left Gagasi FM, but where is he going?

The multitalented newsreader, producer and reporter, who has worked for KZN’s number-one commercial radio station for six years, will be departing at the end of the month.

Sources informed Daily Sun that he will be a communications manager at the remote uMhlathuze Local Municipality, headquartered in Richards Bay.

Gina acknowledged to Daily Sun that he had quit, but didn’t accept or deny that he was moving to uMhlathuze.

“I will confirm where I’m heading when I start my new work. It’s tough to leave Gagasi since radio is my life. I began presenting at the age of 15, but I have to grow,” he remarked.

Gina began a broadcaster on Radio Khwezi on adolescent shows then moved to Umgungundlovu FM before joining Gagasi in 2016 as producer for weekday evening conversation show Indaba, presented by Alex Mtheyane.

“In 2019 I became a newsreader, writer and reporter. I loved it and learned a lot.”

He stated he did not have any harsh sentiments against the station.

“My new job is not distant from radio, and I will apply my skills from dealing with people in radio,” he stated.

Gagasi FM spokeswoman Khulekani Shandu said that Gina had offered his resignation and will stay with the station until the end of the month.

“We wish him luck with his new responsibilities,” he stated.