By Unlimited2021 | self meida writer
Published 5 days ago - 0 views

Nkosi was brought into the world in Mpumalanga, South Africa on December 6, 1983. He spent his youth in Likazi, later moving to Klerksdorp, and afterward Benoni. His initial love of music was filled by specialists his dad tuned in to – any semblance of The Spinners, Marvin Gaye, Stimela, and Hugh Masekela. He began DJing during his late youngsters and immediately settled himself in the club music scene. It wasn't well before his blends accomplished radio play, at first on provincial station YFM. He was then offered the chance to have his shows on public radio broadcast 5FM.

Euphonik originally began remixing in 2003 and acquired acknowledgment in 2004 when he and South African DJ, DJ Kent united and created a collection together, Kentphonik.

In 2004, Euphonik began his radio profession on YFM, a provincial radio broadcast in South Africa, doing blends on public broadcasts. He was endorsed by a record name Soul Candi Records in 2006.

He was at YFM until 2006 when he moved to 5FM, where he had two weeks after week shows. His Saturday show, Ultimix Weekend Edition, highlighted new music and blends from DJs across South Africa and worldwide lines. The three-hour show (18:00 – 22:00) was the brainchild from one of 5FM's most well-known highlights, the Ultimix @6, which can be gotten with Monday to Friday on the Roger Goode Show. The show includes 30-minute blends and is utilized as a stage to feature the DJ ability of a portion of the world's driving dance craftsmen and musos. The Saturday night show was suspended in 2014. His Sunday show, My House, is a show devoted to the most recent and most well-known house tunes from around the world.

Euphonik has ventured to the far corners of the planet and has played in spots like New York, Miami, Ibiza, Dubai, UK, Spain, and around Africa. He has imparted stages to Tiesto, Swedish House Mafia, Avicii, Afrojack, Hardwell, Skrillex, Nicky Romero, Deadmau5, Louie Vega, and Richie Hawtin.

In 2009, Euphonik and long-term companion DJ Fresh shaped a band together, called F.Eu. Since 2009, they have recorded an aggregate of four collections together. The pair travel to Ibiza and Miami consistently to play at occasions like the South African Miami Invasion and Ultra Fest Miami. In 2014 and 2015, they featured Ultra Fest South Africa and captained the "Goodness Ship" party journey from Durban, South Africa to the Portuguese Island.

In 2013, Euphonik's tune with South African DJ Fresh and Nyanda, "Cool and Deadly", rose to number one on the 5FM Top 40.

Since 2006, he has had a week after week public broadcast on the South African public radio broadcast 5FM, My House, which airs on Sunday evenings.

Check out her pictures: 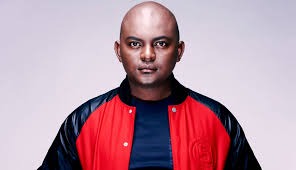 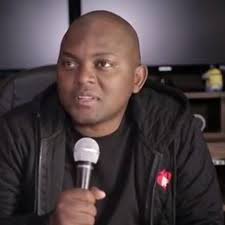 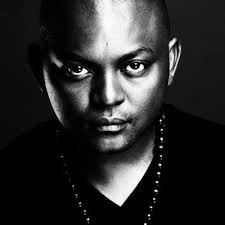 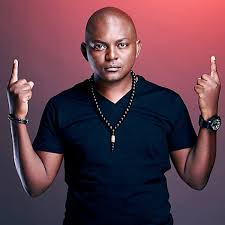 Euphonik
Opera News is a free to use platform and the views and opinions expressed herein are solely those of the author and do not represent, reflect or express the views of Opera News. Any/all written content and images displayed are provided by the blogger/author, appear herein as submitted by the blogger/author and are unedited by Opera News. Opera News does not consent to nor does it condone the posting of any content that violates the rights (including the copyrights) of any third party, nor content that may malign, inter alia, any religion, ethnic group, organization, gender, company, or individual. Opera News furthermore does not condone the use of our platform for the purposes encouraging/endorsing hate speech, violation of human rights and/or utterances of a defamatory nature. If the content contained herein violates any of your rights, including those of copyright, and/or violates any the above mentioned factors, you are requested to immediately notify us using via the following email address operanews-external(at)opera.com and/or report the article using the available reporting functionality built into our Platform

Former Generations: The Legacy actress causes a frenzy with her recent post. 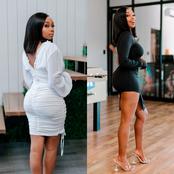 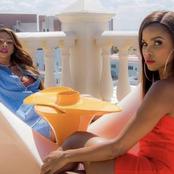 Mzansi Celebs Who Were Fired from SA TV Shows! 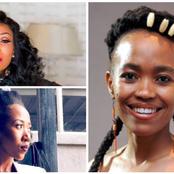 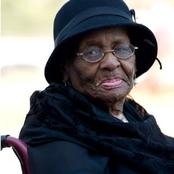 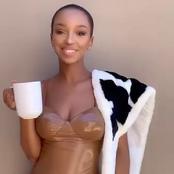 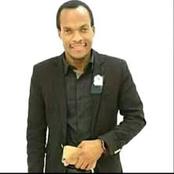 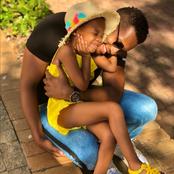 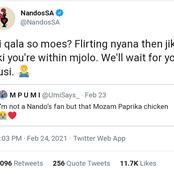 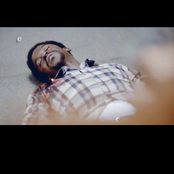 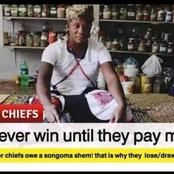