Meet 'Suffocate', and learn things you didn't know about him in real-life, away from Rhythm City

By Her_MajestyQueenS (self media writer) | 1 year ago 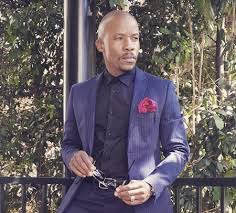 Many people know him as Suffocate the gangster of e.tv soapie, Rhythm City since it's debut back in July 2007. Mduduzi Mabaso is a celebrated South African actor that has been in the industry for quite some time now.

The actor has won numerous awards due to his different roles. He is credited for being a great actor in television shows, like Zone 14, Yizo Yizo 2, A Place Called Home, Soul City, Justice For All, and Heartlines.

Apart from being in television shows, Mabaso has also starred in various movies among them being Hotel Rwanda in 2004, Catch A Fire in 2006, Meokgo and the Stickfighter in 2006, and Blood Diamond in 2006.

Earlier in 1992, he appeared in a theatre production by the name Divide and Rule. Apart from the fact that he is an acheived, exprienced and accomplished actor, there is a lot more to him that is obvious. The following are all the interesting details about the actor.

Not much is known about the actor's life, probably because he has chosen to keep it all private. It is safe to say that he is in his early or mid 40s, judging by his stature. This answers the concerns on Mabaso's age. In 2017, it was reported that he was 41-years-old, which makes him 44-years-old in 2020.

He was born and raised in Alexandra, except for the 3-years in his childhood that he spent in Transkei. He is also said to have discovered his acting passion while attending drama school.

Mabaso is one of the few actors and celebrities whose marital life is doing well. Unlike most other celebrities or people in the limelight whose marriages crumbles due to the pressure of publicity, Mabaso is still married to his wife Fatima Mabaso, whom he married a while back.

The two met while they were both on the set of the second season of Zone 14, back in 2007. They got married a few years later and have been together ever since. Mabaso and his wife are blessed to have four kids, two of which are from Mabaso's previous marriage.

While not much is known about Mabaso's net worth, the truth is that he is probably worth a significant amount of money. Mabaso is an excellent actor, while many may not even remember his real name and would call him Suffocate, his story is one of inspiration and hardwork paying off. 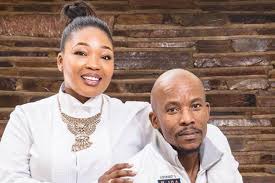 Content created and supplied by: Her_MajestyQueenS (via Opera News )

Kaizer Chiefs Nearly Experience Another Dax Situation this is Why?