Get to know more about Brutus Khoza aka "Themba Ndaba" and meet his family in real-life. See snaps 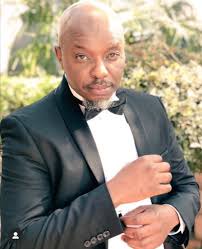 Themba Ndaba is a world renowned actor, film director, and a copywriter that has had good run in the industry.

In Africa, he is best known as South Africa's favourite uncle in his role as "Brutus Khoza" in The Queen. He is an established actor that has been in the industry for quite a while and he is celebrated for making great contributions in different shows.

Themba has acheived so much in his career and family life. He is one of those people in society we consider as role models.

Themba Ndaba was born on the 14th of February 1965. He was born in Soweto, and grew up in Swaziland where his Anglican Church missionary parents, Reverend TJ Ndaba were forced to relocate his family, during the armed struggle in Apartheid South Africa.

Themba began school in 1970 and completed his secondary education in 1982. He attended St Marks High School in Mbabane, Swaziland. He attended Harare Polytechnic college to pursue a higher national diploma in business studies with a distinction in economics and statistics. He also holds a Unisa theology diploma in leadership and life training.

Themba is married to Sebolelo Josey Ndaba, and they have two children together. He currently lives with his family in Midvaal, South Africa. He was married to Sophie Ndaba, now Sophie Lichaba in 1998, and got divorced in 2007.

Themba was with Julius Malema of EFF back in May 2019, as indicated by the party's Facebook post. Themba is not your ordinary actor. He has created a name for himself and is a formidable force to reckon with in the acting world of South Africa. He is a perfect example of how passion and focus can help a person to achieve what he wants. 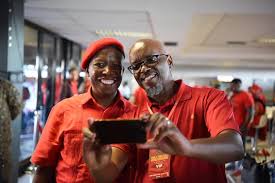