By MfanafuthiBhara (self media writer) | 1 month ago 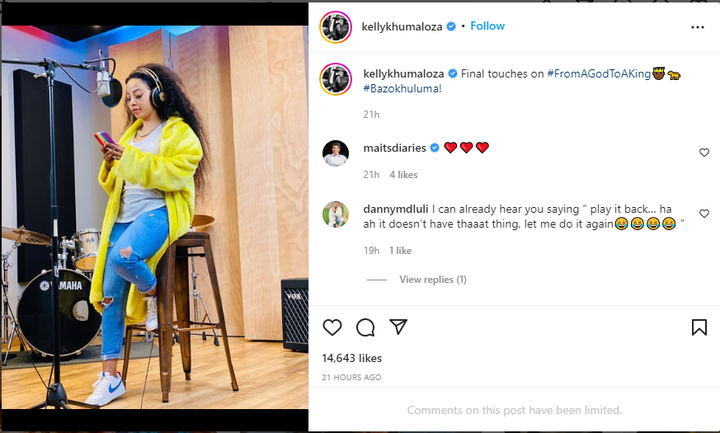 Kelly Nonhlanhla Khumalo, a South African singer, actor, and dancer, was born on November 11, 1984. She was found while playing at a gospel talent competition and secured a record deal with Bomsai Entertainment. She then released her debut studio album, T.K.O., in Nquthu, KwaZulu-Natal (2005). After her debut album T.K.O was released, she became well-known (2005). She received the 2005 Afro Pop music industry award for Best Newcomer. On November 5, 2012, the album The Past, The Present, The Future was made available. She won at the 19th South African Music Awards in May 2013. The Voice of Africa, Khumalo's tenth album, was released in 2020 and had aspects of R&B, Gospel, and Afro Pop. South Africa awarded the album a gold certification.

Although she has an impressive music career controversy struck when her boyfriend Senzo Mayiwa was killed. This has been causing a spilt in her fans and her music being questioned as well. We hope she is going to give us another classic and something to remember because she does not disappoint. From the recordings it seems like we will get sound that is soul mixed with gospel. This is how she responds to the criticism and hate from people and we like Kelly

Content created and supplied by: MfanafuthiBhara (via Opera News )