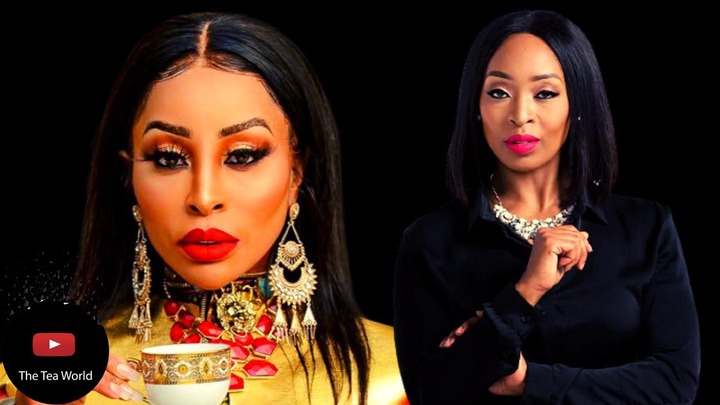 Not once did Khabonina take Khanyi Mbau's roles but twice. After Khanyi was fired on Muvhango for allegedly being as she was still a millionaire's wife they replaced her with Khabonina. The ladies played the character of Doobsie, an evil lady who always competed with Thandaza (Sindi Dlathu). After Zandile who plays the character of Vuyiswa on The Queen got injured on set, she had to go on leave until she would recover but her character had to continue with the scenes they were currently shooting. The production now decided to replace her until she would be able to come back to work. Thembisa now joined the drama but it was not easy because viewers were already used to Zandile. So she would constantly be compared with the other Vuyiswa which might have not been nice for her. The two veteran actress played the role of Thandeka Ngubane on the award winning drama Home Affairs. The drama told a story of nine different women whose lives were interconnected. The women's stories reflected the wide cultural range of South African women. Nthati played on the first few seasons then Baby Cele took over. There was no difference with the actors because they are both talented. The beautiful actresses played the role of Angela Mogale on Generations. Dineo played in the early 2000s but her role ended then in 2014 when the new Generations was created the character of Angela was brought back again with Lebo Mthunzi taking it. The actors played Ranthomeng, Thandaza's husband on Muvhango. Themba Nofemele who played first allegedly got fired because he was making it hard to work with, he then got replaced by the singer Brian Themba. The late Candy Moloi played vho Makhadzi and after she left the show, Eunice became the new Makhadzi.

9 Bad Habits That Might Cause Gas Explosion In Your House