Remember Fundiswa Zwane? Here are some good news about her in relation to her career 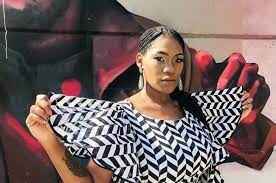 Changes awaits for South Africa's most talented actress being Fundiswa Zwane as she will be joining another show playing a different character to the one that she played on e.tv's Imbewu.

Phil Mphela on Twitter said ," Fundiswa Zwane joins Skeemsaam. The former Imbewu star has joined SABC 1's soapie and will be playing the character of Nandi, Sfiso's wife. She makes her on-screen debut on July 27th.

THE FORMER IMBEWU STAR HAS JOINED THE SABC1 SOAPIE AND WILL BE PLAYING THE CHARACTER OF ‘NANDI’, SIFISO’S WIFE.

SHE MAKES HER ON-SCREEN DEBUT ON JULY 27TH. #KGOPOLOREPORTS PIC.TWITTER.COM/PGNVUUFGRY

Fundiswa Zwane left Imbewu as the wife of Phakade and was loved by many viewer's of the show. She knew how to entertain them and make them stay up all night glued up on televsion screens waiting for Imbewu. She was a type of woman that one would not want to mess up with. 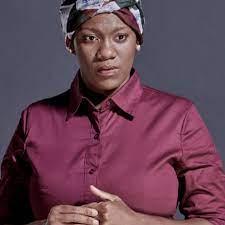 Fundiswa Zwane is not the only one that will be part of the Skeemsaam actress.An old actor that has since dissapeared on our television screens being Mangaliso is returning back to the show. Bongani Masondo being Mangaliso left Skeemsaam when it was on season five. Leaving the show, he had a child with Nompumelelo Mthiyane and was also in a relationship with Elizabeth Thobakgale. He was always a ladies man and involved with a lot of things such as parting,smoking drugs and other things. Mangaliso did a lot of things with Leeto but their relationship was not approved by Mokgadi being Pebetsi Matlaila who was married to Leeto.

Matlaba: People Will See The Best Of Bibo