The young king of African rap.

The coolest kid in Africa in terms of hip-hop. He is taking the world by storm with hits such as 'Hell no' , 'Juicy back' , 'Switch up ' and many more . He is an unstoppable hit machine. He is flying the African flag high , with a huge fan base in countries like Japan and the United States of America.

Nsikayesizwe David Junior Ngcobo, better known as Nasty C, as his stage name. The young rapper was born in the village of Diepkloof, located in Soweto Johannesburg. However, fate had it that he had to relocate to Durban to stay with his father after his mother died in a fatal road accident. He was barely 11 months. Thus, he knew little about his mother.

Nasty C is a very talented rapper in the country and beyond. His fame came when he released the single titled “Way It Go,” which he released in collaboration with Tumi and Youngsta. His music prowess saw him receive the award for the youngest 2015 South African Hip Hop Award, where he was gifted the Best Freshman Award. Three years later in 2018, the rapper released an album titled Strings & Bling, making TINA Magazine rank him as the best African Rapper of 2018.

He attended Strelitzia secondary and later proceeded to Durban high school, where he completed up to Grade 12 in the year 2014. He was juggling between education and his music career, and this is evident as he released his first mixtape titled One Kid, a Thousand Coffins when he was just 15 years.

During one of his interviews with MTV Base Africa, he revealed that balancing school and the music was not easy for him. That made him succeed in music, but he passed Grade 12 with low grades.

Having low grades did not stop him from achieving his music career . He always made sure that he always worked hard and achieved great things . His passion for music kept him on his feet in pursuit of super stardom.

He is also available on social media platforms such as Instagram and on his latest post he shared with fans an amazing picture of him dressed in a stylish outfit and his caption was " I used to have Jack " which left many speechless in Mzansi yet inspired a lot .

We can all learn something from this young man and I believe that you enjoyed reading about him please like , share and kindly leave comments @ DJ Marlibu on Twitter. 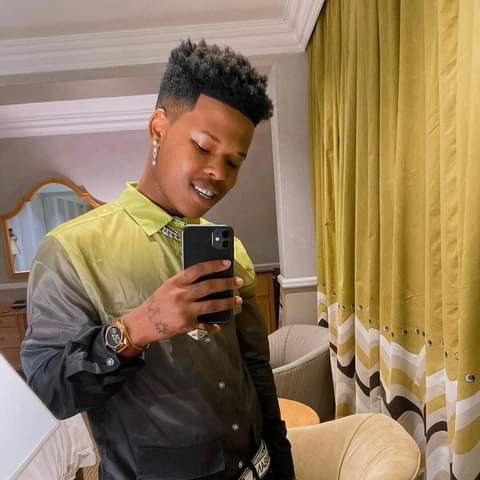