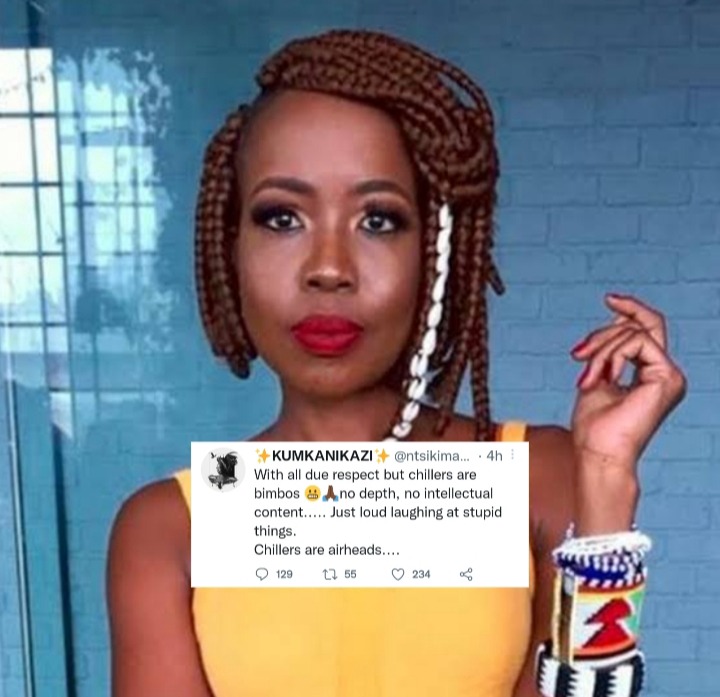 The media personality mentioned her dislike for the show and the viewers who watch it each week.

"With all due respect but chillers are bimbos no depth, no intellectual content..... Just loud laughing at stupid things.

Chillers are airheads....," said Mazwai in a tweet this morning.

Chillers then responded with no chill under the tweet, with some claiming she just wanted to use Chillers' name to help her trend on Twitter.

Other Chillers claimed she wanted to be mentioned in the next episode of the controversial podcast.

Some Chillers remarked that for someone who once stated that she does not listen to the podcast, she certainly knows a lot.

Some people simply stated that nothing would change because Mazwai trashed other people before and nothing happened because her insults were meaningless. 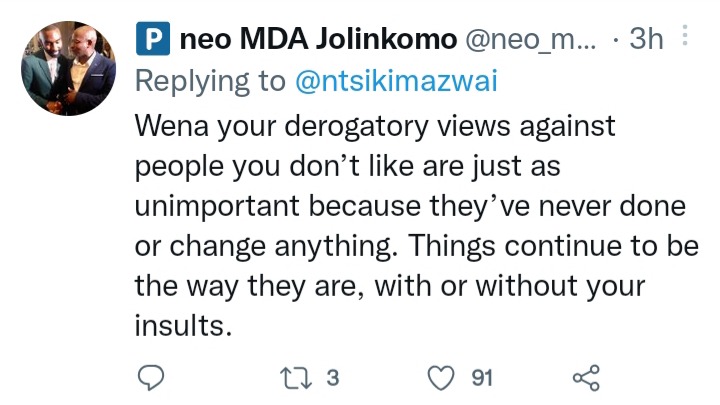 Sol Phenduka, the show's cohost, responded to Mazwai's tweet with "Awusabi yini?" and laughing emojis, which means "Are you not scared?" 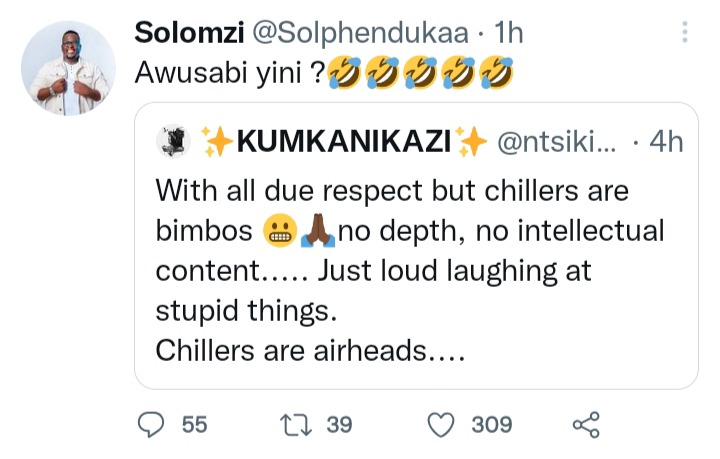 This was a phrase that had everyone in stitches in yesterday's episode when Sol was telling a story about a conversation he had with his uber driver, who asked him that question while referring to everything they discuss on the podcast.

The uber driver was asking him if he was afraid of meeting celebrities in person after talking about them on the podcast.

Ntsiki is not the only celebrity that has voiced her dislike for the show, Mihlali and Minnie Dlamini are also the celebrities who have said numerous times how uncomfortable it is to listen to some of the topics discussed there.