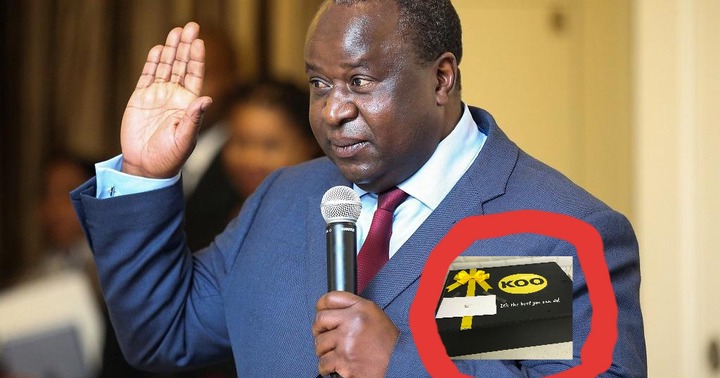 A Twitter user has called on the attention of Tito Mboweni after a picture he uploaded on Twitter disclosed his house address. 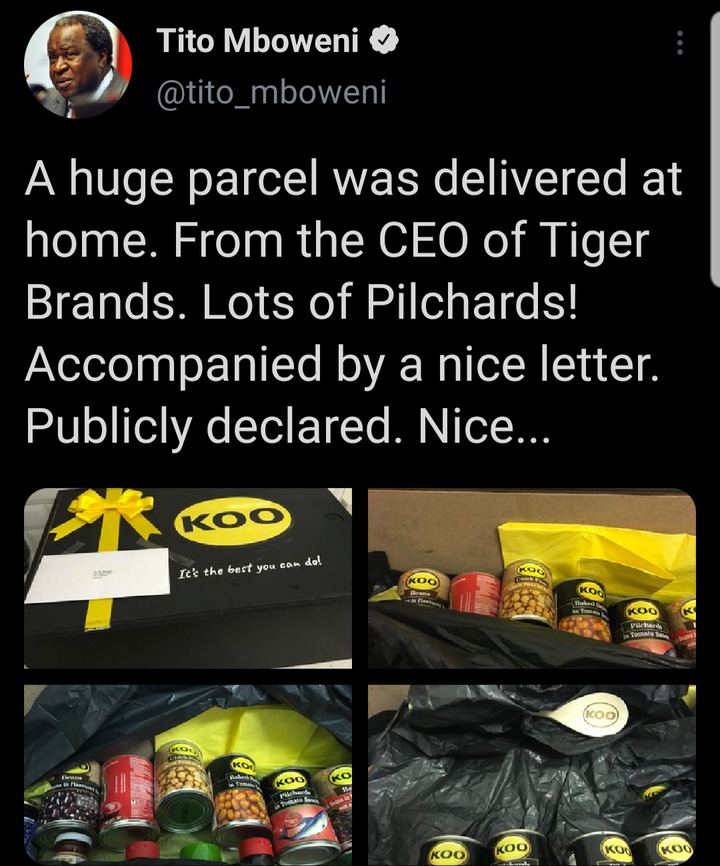 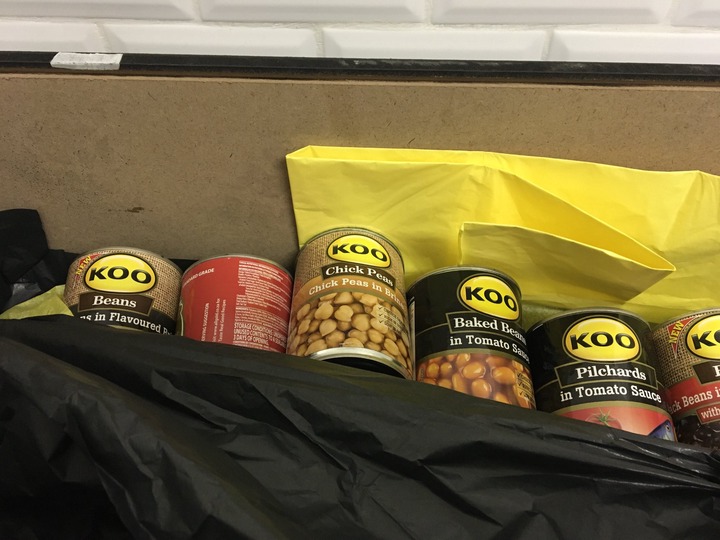 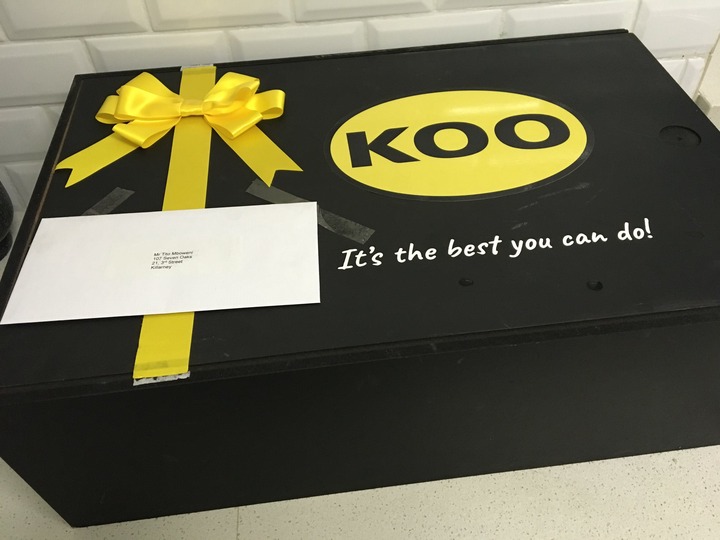 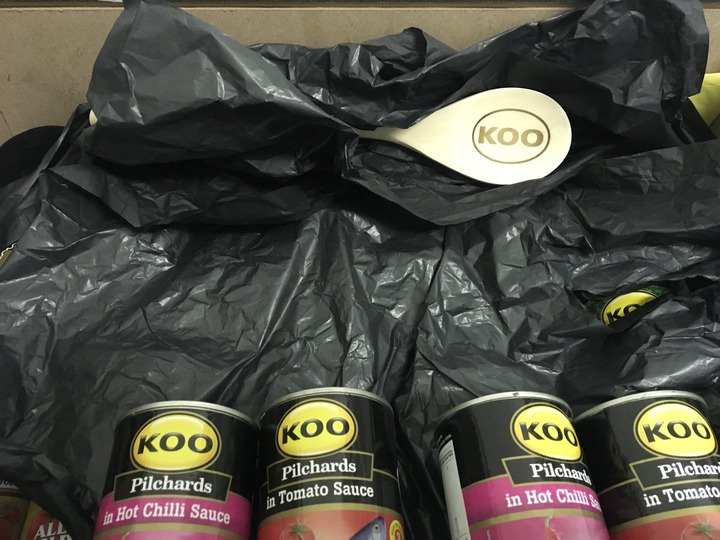 Tito wrote, “A huge parcel was delivered at home. From the CEO of Tiger Brands. Lots of Pilchards! Accompanied by a nice letter. Publicly declared. Nice.”

In one of the pictures above, the home address of Tito was displayed, and this got many South Africans talking. Most of the followers called to his attention that his address has been disclosed to the public.

Several other users were not happy with the gift sent to Toti Mboweni. Someone said kids are starving in the United Kingdom but Weni is playing with food.

He wrote, “Kids are starving in the UK, but wena you going to play with food.”

Another user wrote, “They give free food to a rich old man while young poor children whose parents hustle to buy koo products die of hunger the inequality in this country will never be corrected.”

See screenshots of more reactions from some Twitter users. 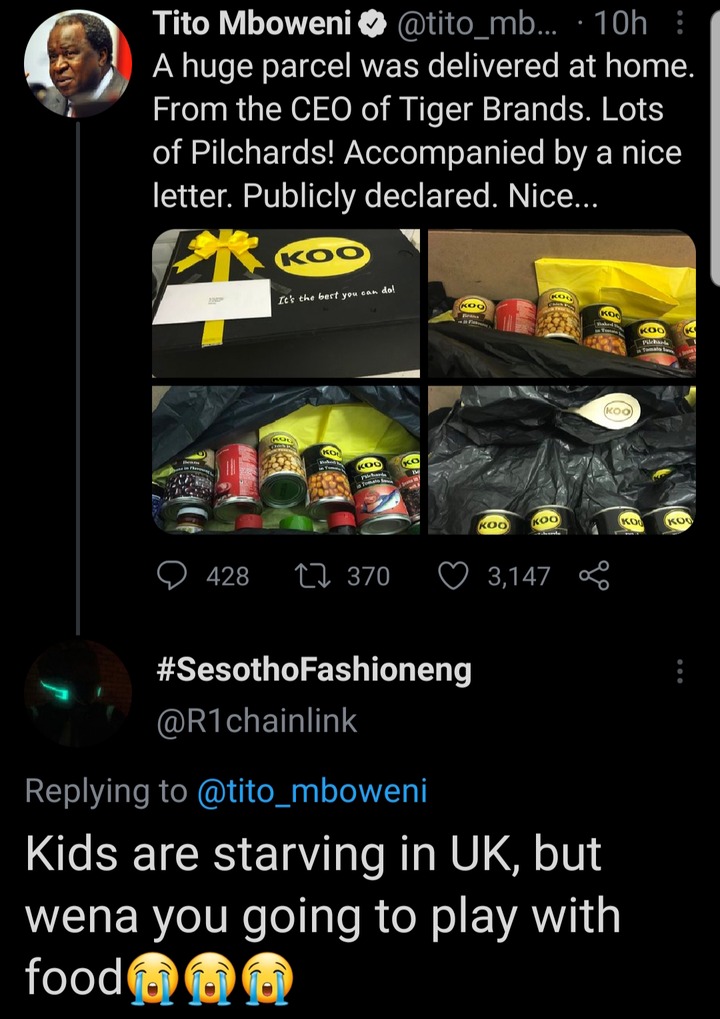 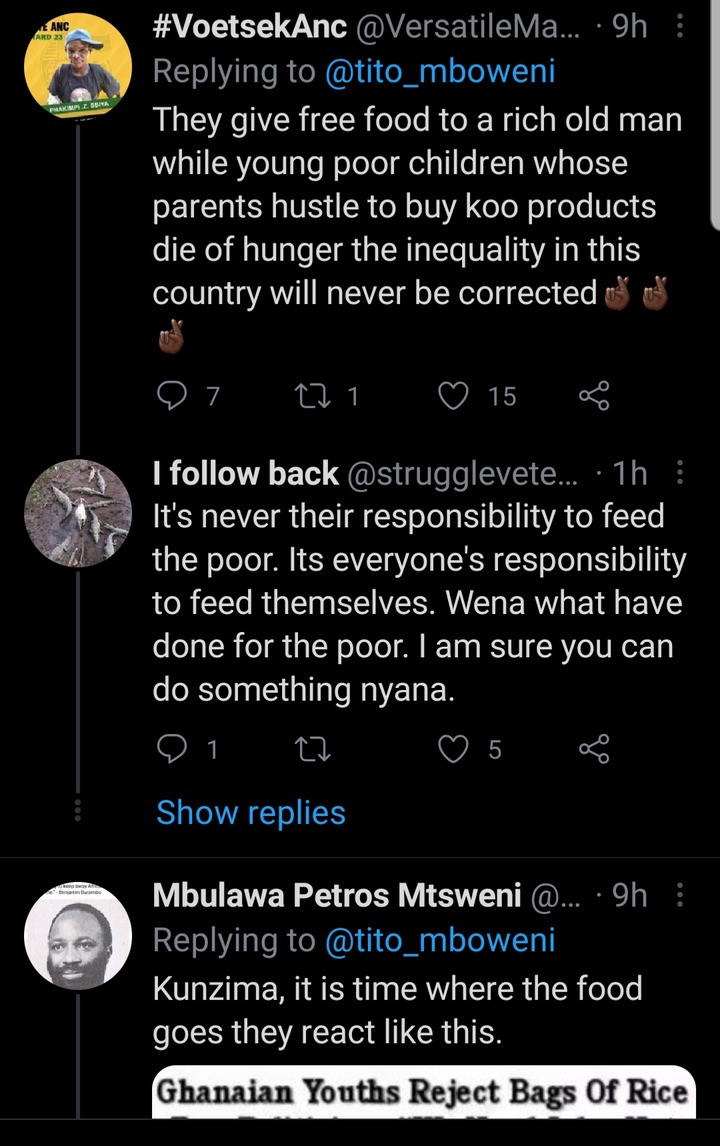 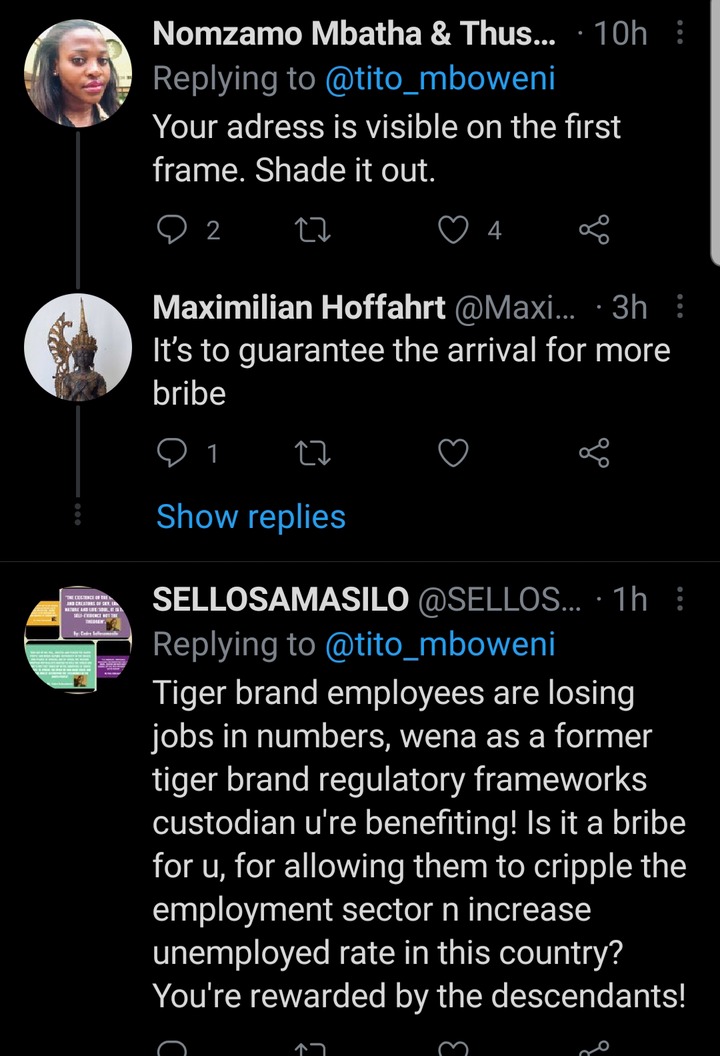 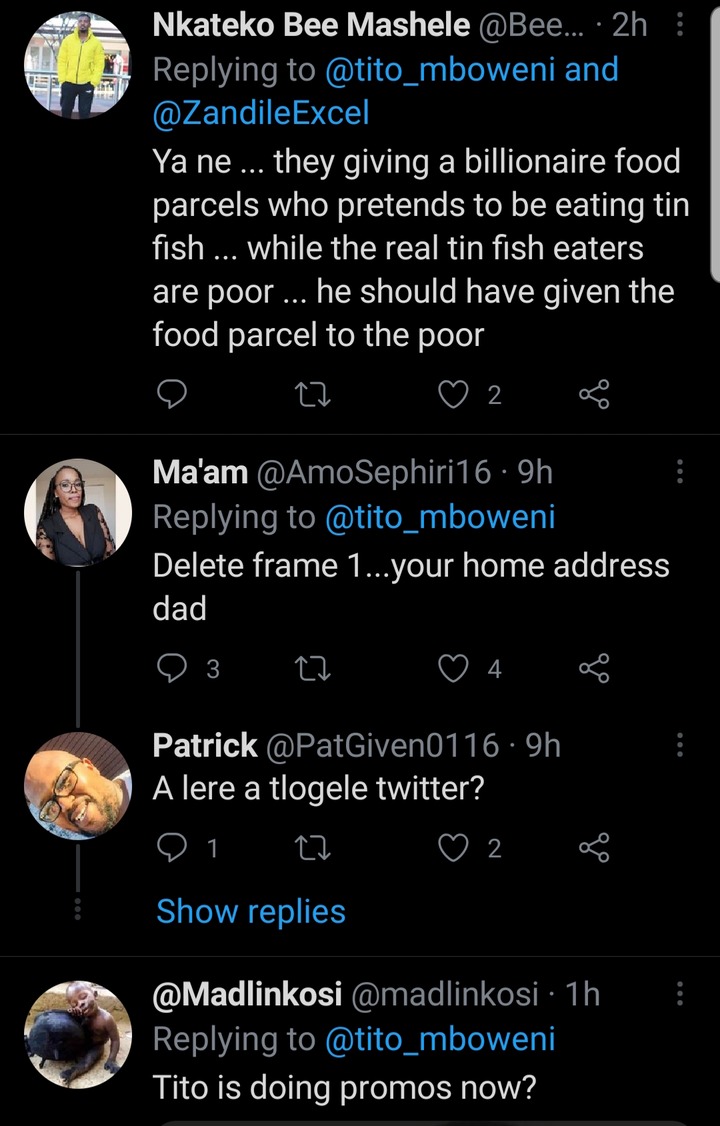 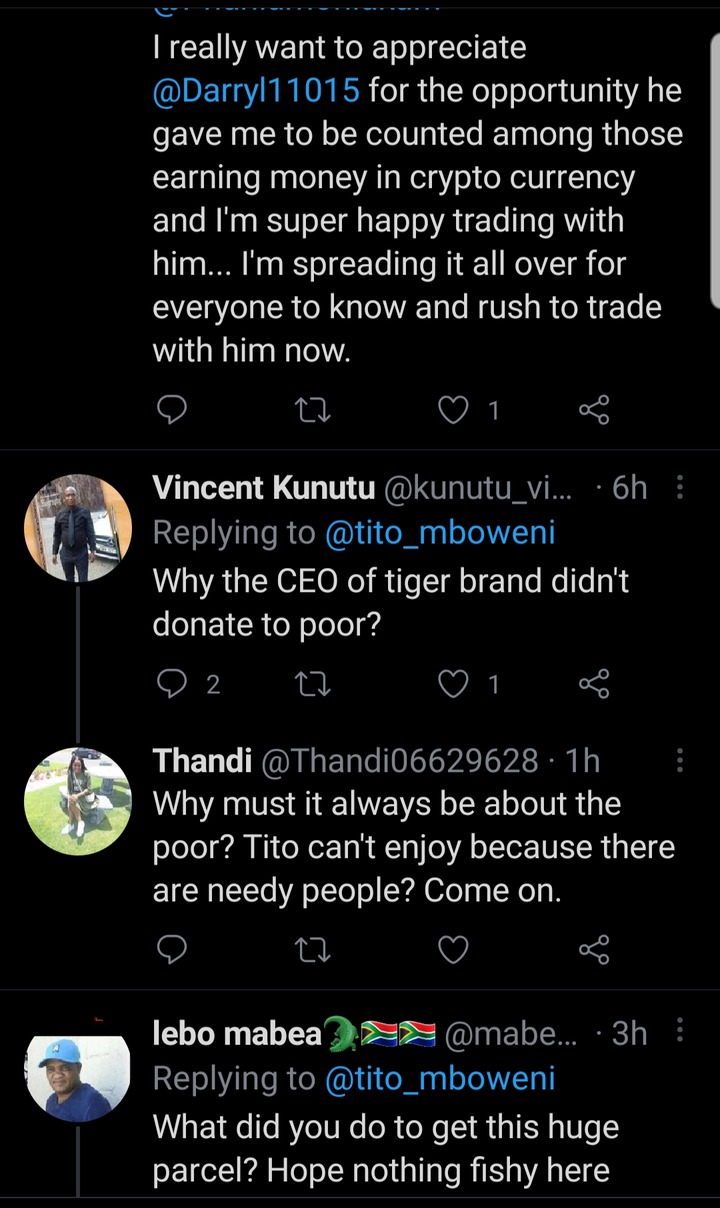 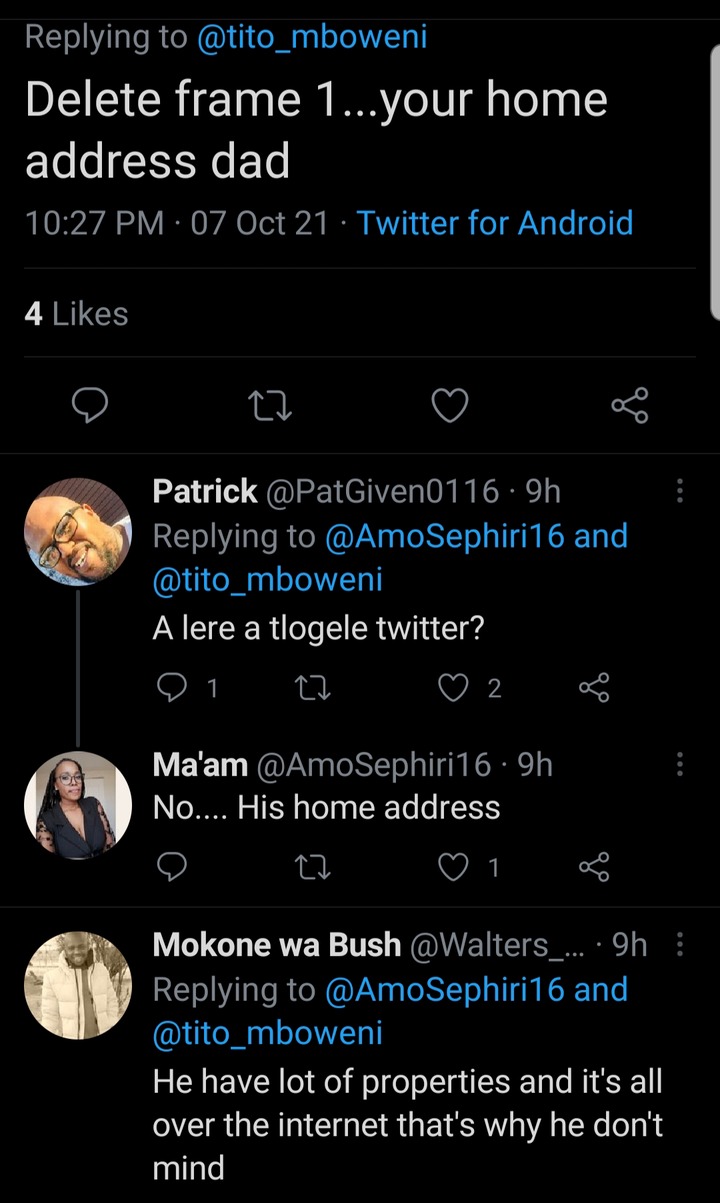 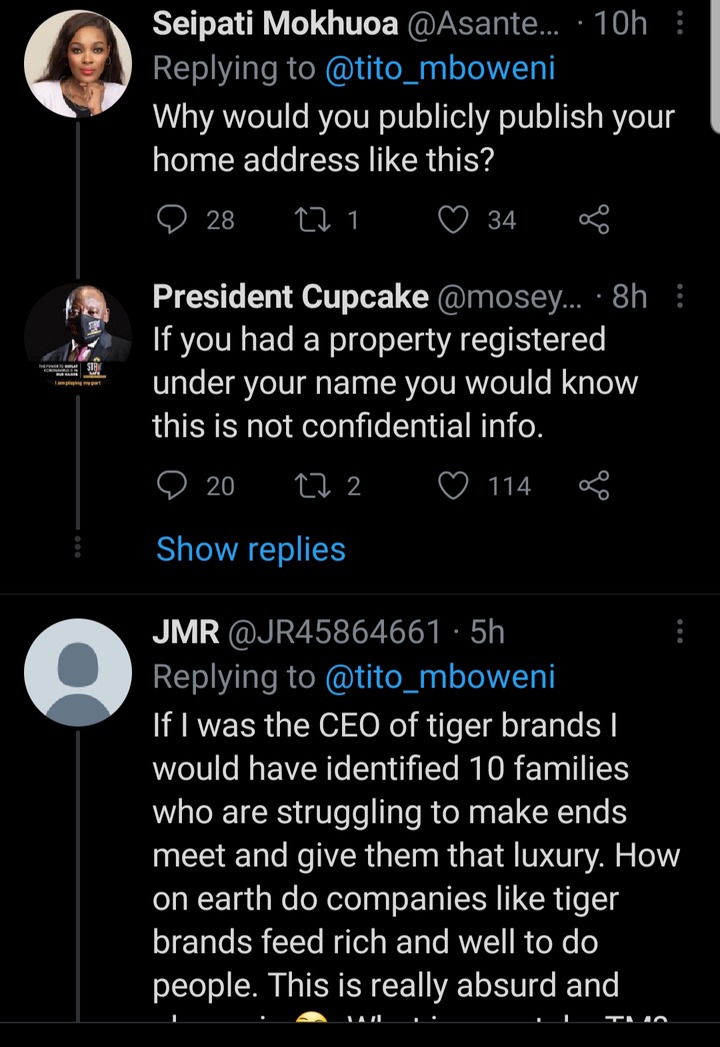 Thanks for reading my article. Make sure you share with your friends and family.