Thando has it hard, a deadbeat scammer of a father and the dumbest husband in this country. Siyacela just need mental cleansing nje, he's full of nonsense. Siyacela refuses to pay a fine to his father-in-law after insulting and threating him. Siyacela consults a traditional healer for good luck and prosperity. I'm not really a fan of Thando's father but what he said about Siyacela and these random women agijima nazo is true Siyacela has disrespected Thando. I'm Not surprised though. Thistis how Siyacela is. He doeslaterven respect the elders in his own family. Doesn't respect his father, the eives and the grandmother. Doesn't respect Thando. So how can he respect the father of his wife? 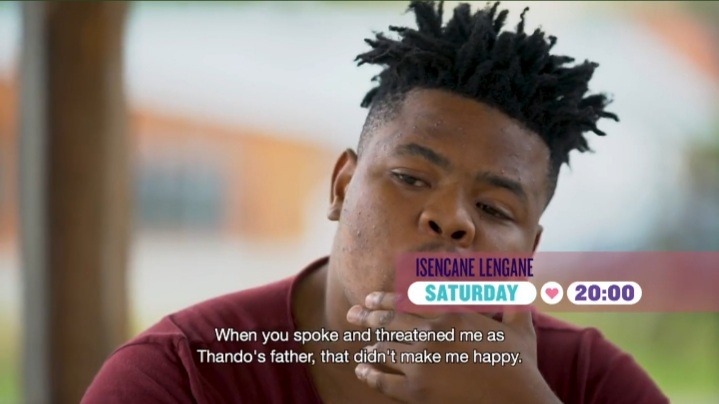 Thando's family need to go and fetch her before it's too late. Thandos Dad is a grown man who shouldn't even be talking to Siyacela. Since when does the father of uMakoti discuss any negotiations with the daughters husband. Where was he during Lobola negotiations when the uncles went to Thandos home. He embarrassed himself.

If you eere eatching carefully, you would have noticed domething: Thando's father Has Respect For Siyacela. He Spoke To Him nicely at first and he told him sbout his mistake like a man. Siyacela was rude. He undermines him. Thando's father is still an elder. He deserves respect! Absent or not, he's still Thando's father and Siyacela ought to respect him! He's the reason why Thando is here today. And i think we can all agree on the fact that he does respect Siyacela. Siyacela should have apologized and also state that he can't pay the cow in a respectful manner. Siyacela wanted to remind us Thandos father was never around and and and. Thing is Siyacela doesn't know a word "Apology"

What happened to Thando’s father in this episode should be a lesson to us men that we mustn’t neglect our kids whether we working or not but our presence in their lives can make a big difference…don’t make a baby if you going to be a ghost father.

Marang from Muvhango left Mzansi astonished with her recent post showing off her natural beauty.

You promised to marry me, It’s a surprise ma Bride explains to her MIL