Antoine Christophe Agbepa Mumba is better known by his stage name, Koffi Olomidé, a Congolese Soukus singer, dancer, producer, and composer. He has earned several gold records over his career. He established the Quartier Latin International orchestra, which has featured such stars as Ferré Gola and Fally Ipupa since its inception.

Olomide was born on July 13, 1956, in the city of Kisangani, Democratic Republic of the Congo. His mother chose the name Koffi because he was born on a Friday. He was raised in a middle-class family but had no exposure to music growing up. Olomide used to improvise by singing well-known songs with his own lyrics and changed rhythms until a neighbor taught him how to play the guitar.

Returning to the Congo in the 1970s, Koffi began working with Papa Wemba's band, Viva la Musica, initially as a lyricist and composer and later as a lead singer. Twenty years after he established Quartier Latin International in 1986, the organization celebrated a milestone in 2006. He has since recorded and performed with the band as well as on his own. 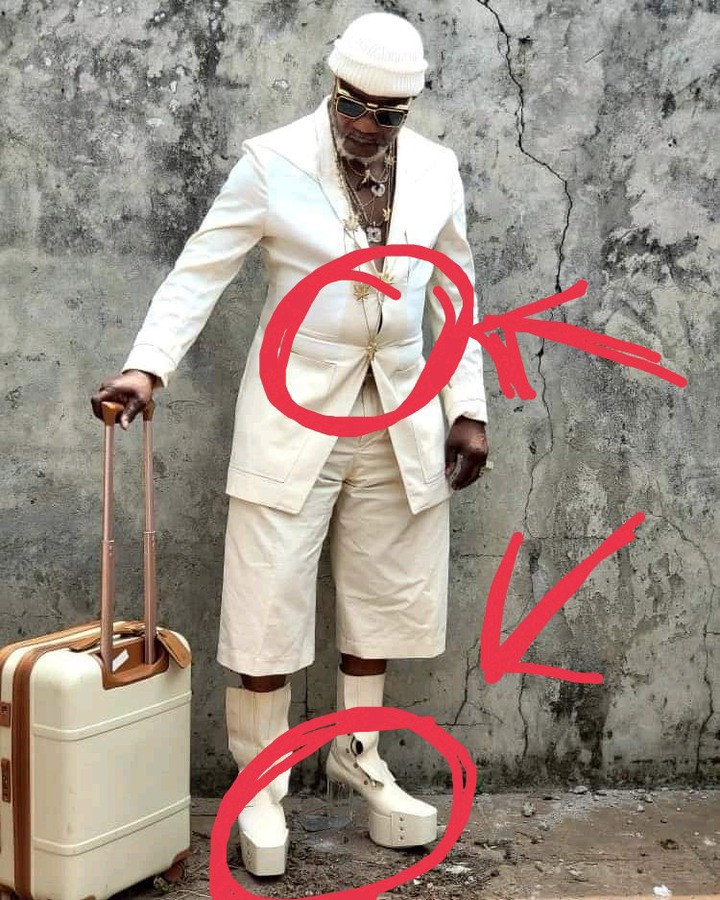 Over time, he gained a passionate global following, particularly in Europe and Africa. The slower Soukous style, which Koffi popularized under the name Tcha Tcho, is indelibly linked to him. He often sings about controversial topics that are taboo in more conservative communities. He also joined the Africando salsa music collective.

Koffi's 2001 album, Effrakata, was nominated for four awards at South Africa's annual Kora Awards. Among these honors was 1998's Best African Artist Award, his first of many. Recently, he was honored with the Kora Award for "Best African Artist of the Decade." One of his many pseudonyms, the "Quadra Kora Man," was thusly legitimized.

With the message, "These old madalas must quit dating 2k," the photo depicts him dressed in a modern white suit and white shoes.

Royal AM Boss Turns Into a Laughing Stock After This(watch)