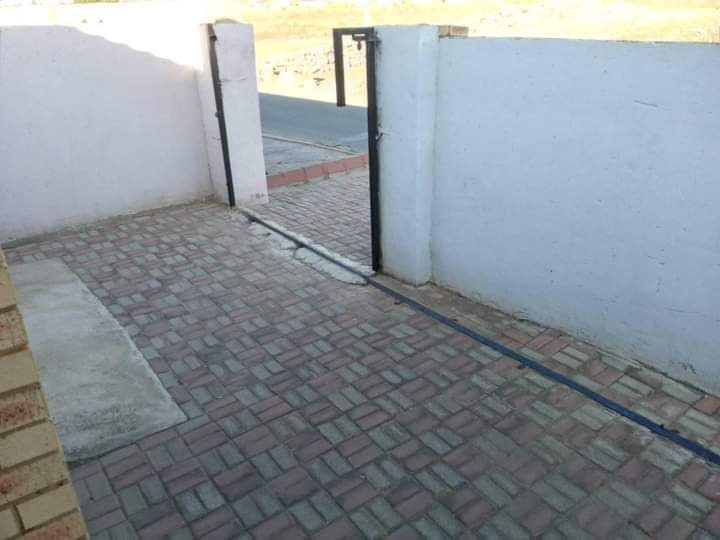 Times are surely tough in Mzansi. Thieves are also feeling the pinch of the country's epileptic economy and they have resorted to stealing just anything. On Monday morning, a family in Johannesburg woke up to a gate-less yard and they just couldn't believe their eyes.

"Guys, we woke up today at home and the gate was gone. They stole our gate?? Bring back our gate 😭," Kamo Marven wrote on Twitter. 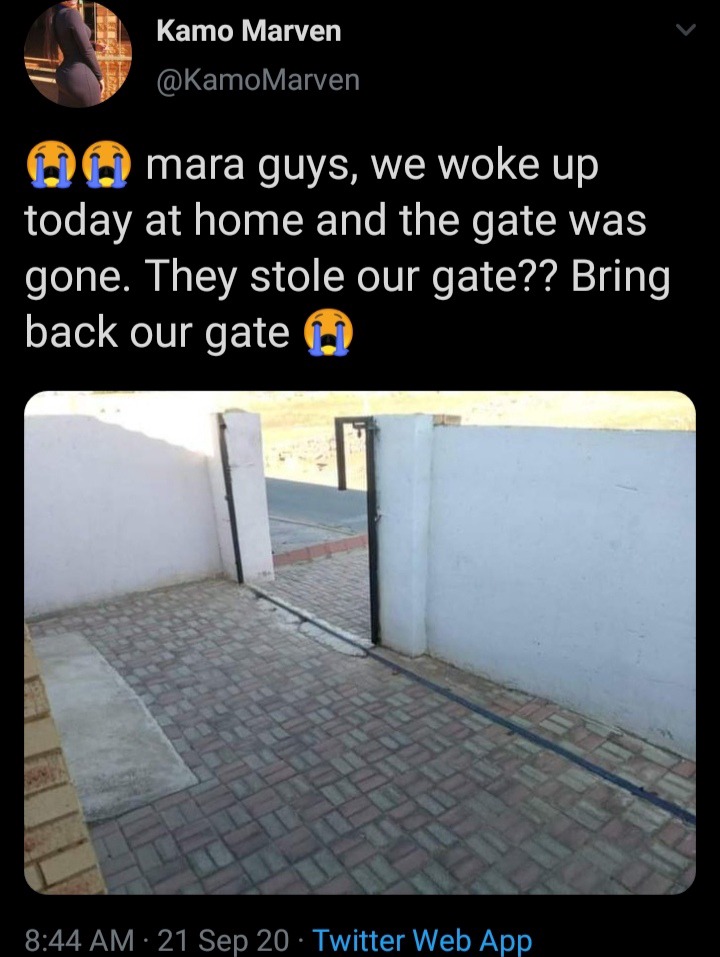 So actually people steal something that is meant to be a security measure to keep away people who steal, not to steal what can be stolen? This sounds like some kind of prank but Kamo confirmed that it actually happened. When they went to sleep the night before, they even locked the gate but in the morning it was Gone!

Social media users could not figure out how thieves can have guts to steal and carry an entire gate while people are sleeping. Tweeps found the whole story hilarious and they tried to add the story together by trying to come up with explanations for the unusual kind of theft. "Maybe what happened here is that those people had promised someone else a 'very nice gate'. Your gate was just a casualty of that promise,"a tweep said.

Here's what other tweeps said: 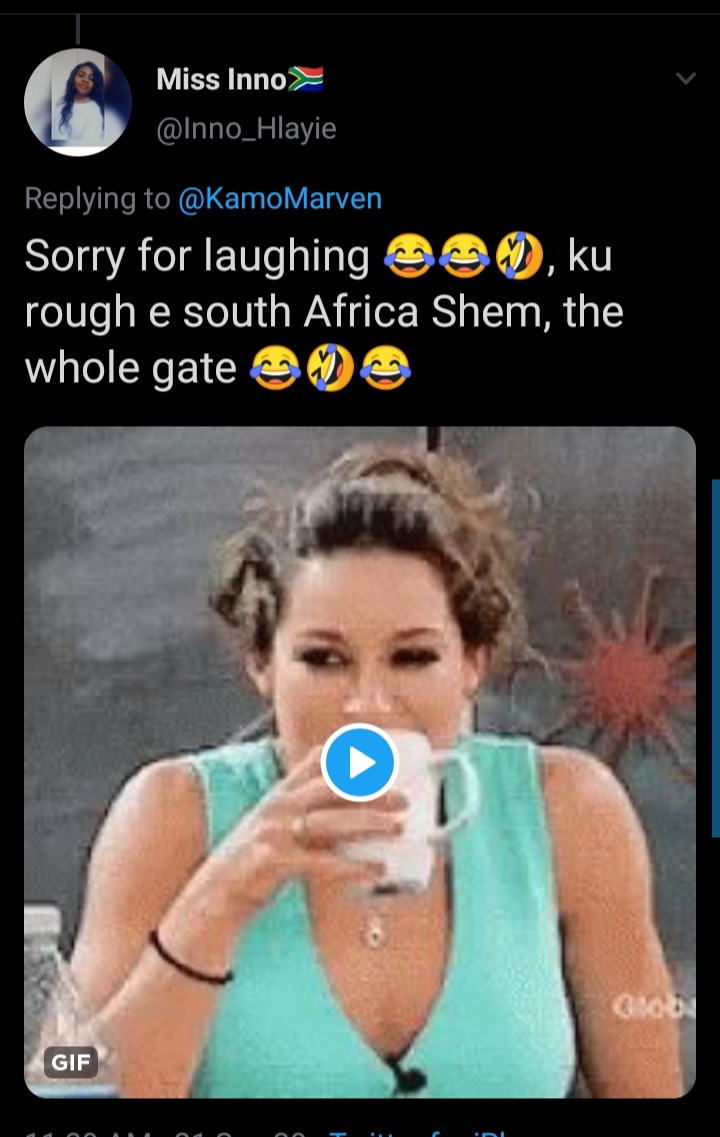 @Vou6 Yoh that's bad hey, be careful next time they will steal the house itself with you inside and when you wake up you are somewhere else. You can't trust these thieves, even celebrities steal nower days ,when you investigate don't leave any stones unturned.

@Absolute_1 Sorry but who steals a gate. These people steal everything neh. Hope you find it still in good condition to be used as a gate again. 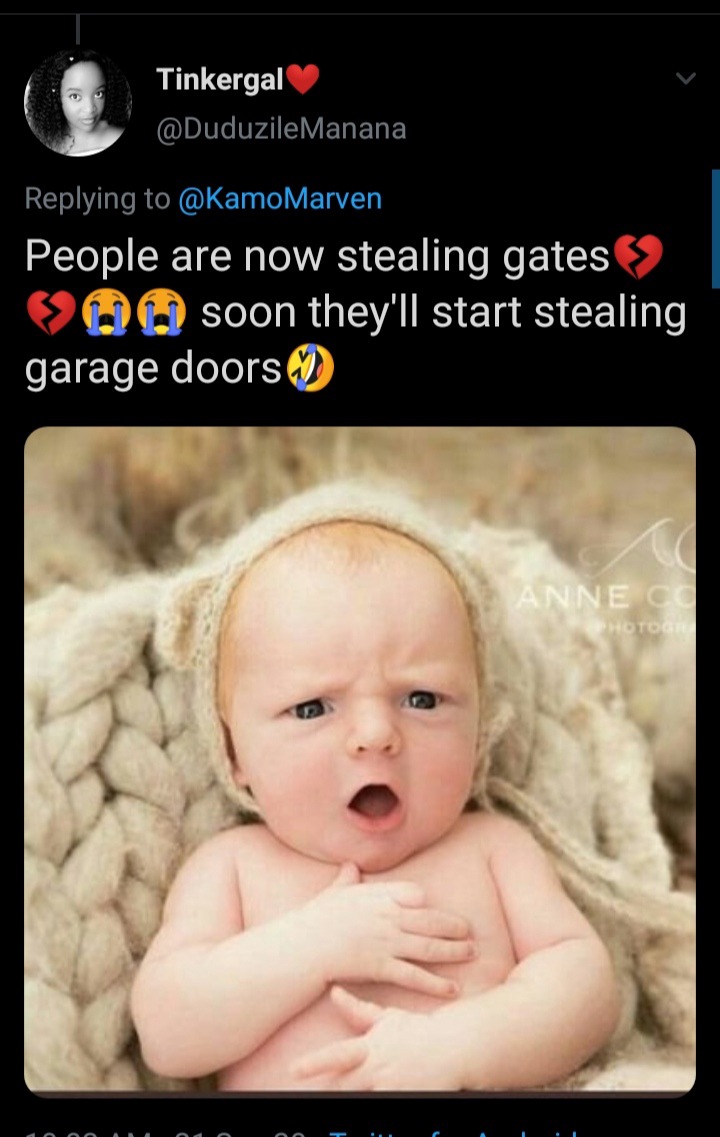 But there are people who are saying that there's nothing new about a gate being stolen. Apparently the trend of stealing gates is rife in almost every township. It is suspected that people who install those gates are the ones who come back and help themselves to them. "I see tweets saying Nyaope crew steals gates. It's a lie, people who steal gates and gate motors drive around with cars and it's usually the installers. Operational time is between 3:30am to 4:30 am. After everyone is done making last morning pee," another tweep said.

SA: #PutSouthAficansFirst movement Pushes department of employment and labour to do its job.

She Passed Matric at 31 Despite Being the Laughing Stock