By Mandosi (self media writer) | 10 months ago

It’s now up to the fans to make the final judgment by streaming or downloading the version of Ganama song the love the most.Clearly there’s nothing that Makhadzi or King Monada can do as this has gone out of their control. 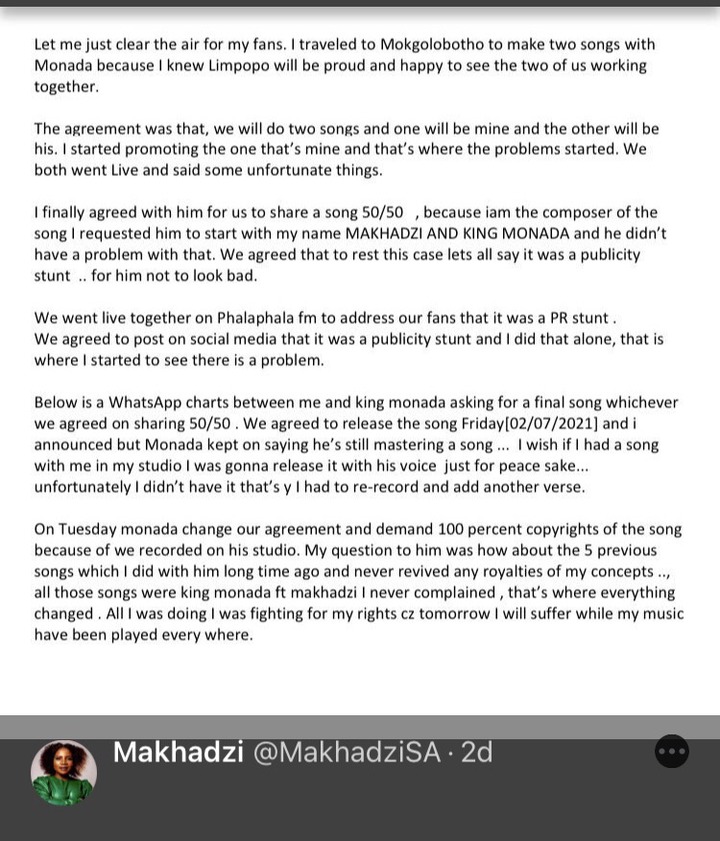 Makhandzi tweeted about the whole situation from where it started highlighting that she wrote the song.It must have been frustrating knowing that the song will be released then all of sudden King Monada changes his demands over night.It was up to Makhadzi whether she wants to continue with the song, even if it means working with someone else or giving up and she chose to continue working with her song and found someone else to work with. 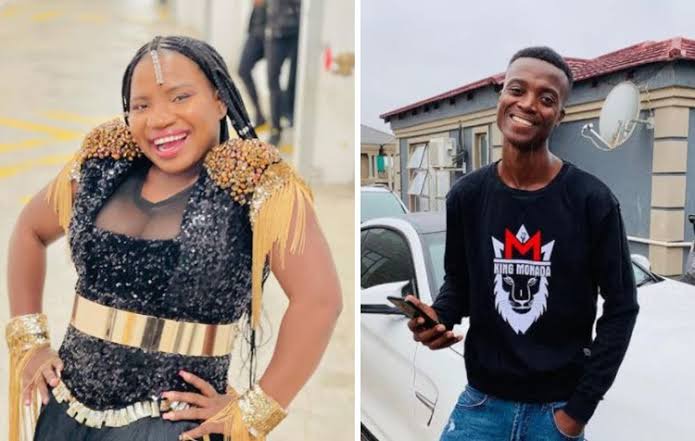 However both of them are great musicians and no doubt the song was going to be a hit but it’s no use crying over spoilt milk.Kudos to Makhandzi for standing up for her self.Is it because she is a woman that King Monada tried to manipulate her by demanding 100% copyrights right before they realised their single. 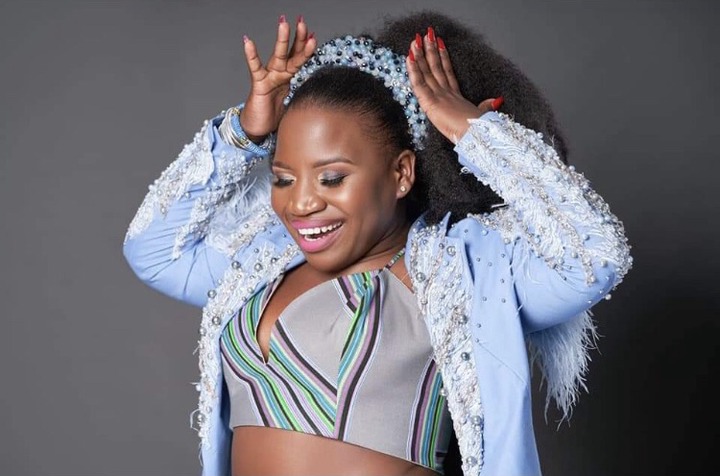 Lets give a big round of applause for Makhadzi for fighting for what rightfully belongs to her and even realising the Ganama single.Maybe many people who find themselves faced with the same situation as Makhadzi be it in the music industry or in life general, they will be empowered to fight and stand up for what is rightfully theirs and not allow anyone to manipulate them.Makhadzi has the never giving up spirit as she realised her single maybe if it was someone else she was going to give up just like that but she didn’t.

Makhadzi’s ganama or King Monada’ ganama it’s all up to their fans now to decide which version they love the most.As it is clear that it is the battle of the fittest towards this Ganama song and they have both realised the song.Congratulations to both of them for realising the ganama song I’m sure their fans are excited.