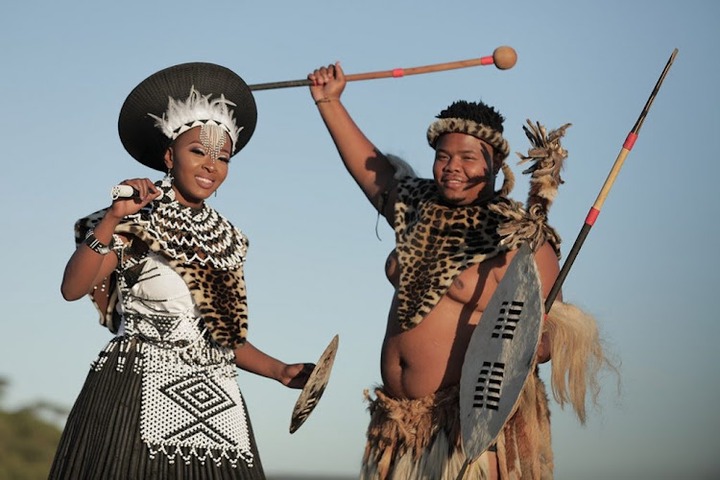 The bride, who is just 18 years old, is married to Siyacela Dlamuka, who is also 18 years old. Siyacela dropped out of high school after being married so he could spend the majority of his days sleeping and thinking about polygamy. His matriculant wife Thando, on the other hand, was still pursuing her ambition of becoming a social worker.Siyacela is a horrible spouse, according to reality show viewers, after a string of questionable activities such as lying and infidelity. For the previous few weeks, supporters on the TL have been unanimous in their desire for Thando to abandon him. 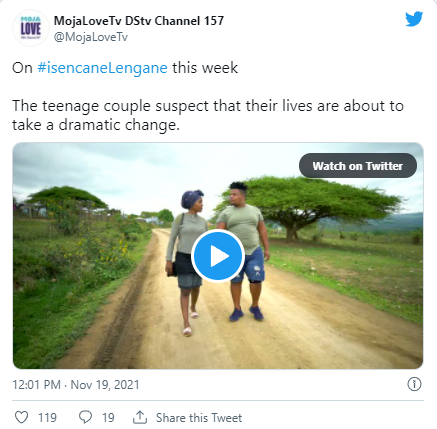 This is why most fans were irritated by the prospect of Thando becoming pregnant with Siya's kid. Their greatest dread became a reality, however, when Thando took a pregnancy test and learned she is three weeks pregnant. Fans were outraged by the revelation, not only because they doubt Siyacela will be a decent parent, but also because Siya had just told Thando that he had pregnant the girl with whom he had been cheating on her.

Her story has enraged many South Africans, who have long believed that she is too young to marry. They are concerned about her future, but Thando Msomi, a well-known Isencane Lengane figure, swears she has a plan. Isencane Lengane is a reality show that airs on Moja love channel 157 and includes a young couple telling the audience about their love stories. We leave you with some of the people's reactions on twitter below: 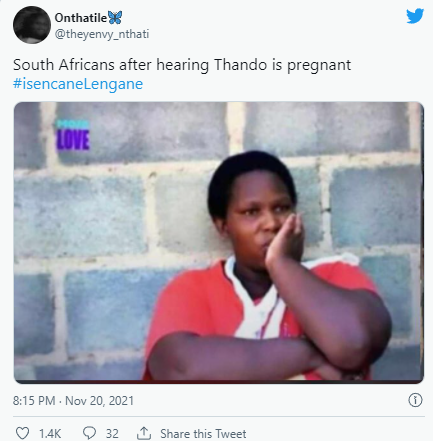 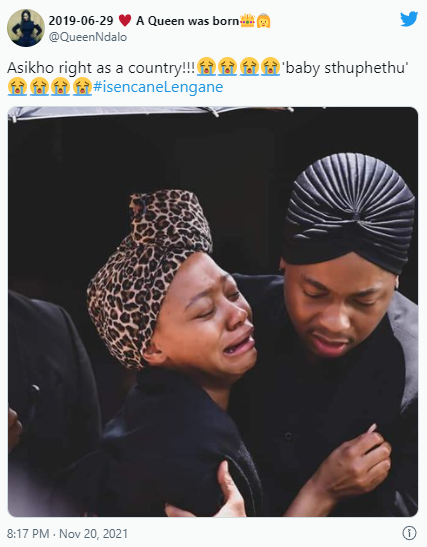 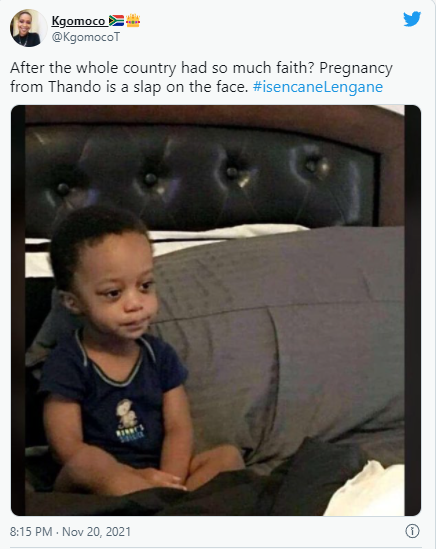 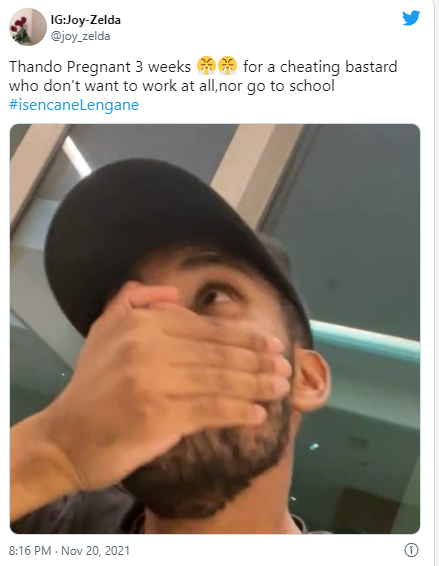 Childhood traumas taunting Nkosi, will the truth come out? House of Zwide (Opinion)

Can Sne trust Dr Dhlomo to be the man of her dreams? | Durban Gen | Entertainment