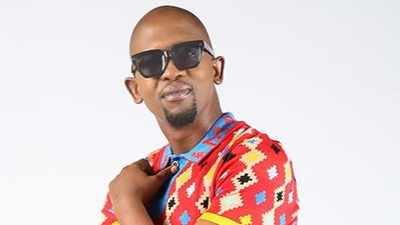 Bulelani Koyo who was popular on the SABC radio Umhlobo Wenene FM sadly passed away.

Another big loss in the entertainment industry, the top broadcaster Bulelani "BK" Koyo, the presenter of the choir and instrumental music program in Umhlobo Wenene FM 88-108FM has sadly passed after being admitted to the hospital after a long illness, may his soul rest ertenal peace.

Umhlobo Wenene FM is a division of the SABC, they have really lost a talent.

The sad news of the passing of the radio broadcaster, who was also one of the reputable traditional gospel singer, was revealed by Umhlobo Wenene FM on their Facebook page.

According to the deceased's sister, Sivuyisiwe Koyo, Bulelani passed away on Monday.

"he died in front of his family, surrounded by love. We ask the public to give us a chance to fast privately."

Regarding plans to bury and remember the deceased, the statement said it would be discussed further.

"Thank you for all the support and love. We have received warmth and love," the statement concluded, source said.

The Sun reported on Saturday that Bulelani had been suffering from liver cancer for some time and was in the final stages.

The biggest problem with treating the disease was R30 000 a month, and Bulelani had run out of pockets so much that he could no longer afford to pay doctors and hospitals.

Even Bulelani 's colleagues have failed, as they have launched a campaign to solicit support for the broadcaster for medical assistance. One of them is Putco Mafani who even wrote on social media urging members of the public to throw a stone at him.

Apart from broadcasting, Bulelani was also known as a well-known faith artist in the Eastern Cape amongst other top musician, the likes of Lusanda Spiritual Group , Lundi Tyamara to mention few.

May his soul rest in peace