Police in Mzansi appear to be furious with the Queen of Mzansi over her choice of clothing. South African males can't help but dance when they watch Zodwa wa bantu, a popular celebrity known for her club performances. Media personality, socialite, and dancer Zodwa Libram Wabantu is a native of South Africa.

She's also a businesswoman, and she started selling eggs in bulk for her fans a few months ago. As a well-known socialite, finding customers wasn't that difficult.

Many of her Twitter followers were outraged when they saw a photo of her wearing a sangoma dress, believing she was disrespecting African culture. 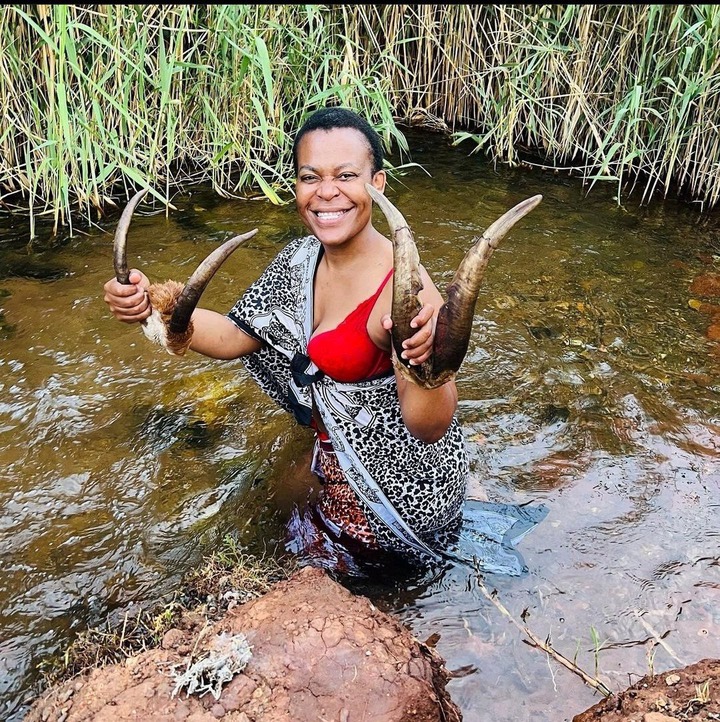 Here's a picture of someone wearing one of these outfits that's been trending on Twitter and causing a stir among the people of Mzansi.

Many in Mzansi like Zodwa as a lovely woman, but many felt that she wasn't herself in the outfit because it's supposed to be worn by actual sangomas, not celebrities who do it for clout.

On Twitter, many have been asking: "How can people accept African culture if we ourselves can't respect it?" Here is the tweet that started the discussion.

Take a look at the screenshots of the remarks taken from Twitter, which were put to the site.