By VutlhariBebana (self media writer) | 24 days ago 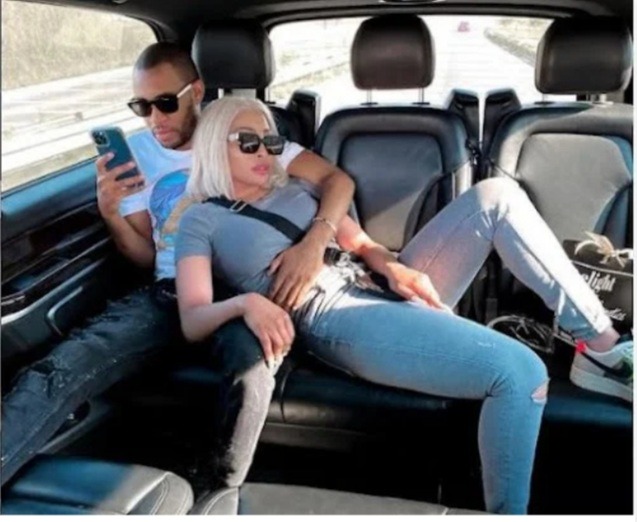 Khanyi mbau went to vacation with her new Zimbabwean boyfriend Terrence mushing, khanyi mbau decided to left her boyfriend in Dubai without letting him know. The guy told the media the he moves to Dubai with khanyi mbau to start a new life and the business together and he said that khanyi mbau didn't tell him that she's taking a flight and going back to South Africa. He also mentioned that he video called khanyi and he was so surprised when he saw her in South Africa and he is in pain because he said that khanyi mbau she is the first lady that he never cheated and the lady that his heart loves and desires, he said his mother warned him about khanyi mbau but he did not listen to her just because he was in love with the love of his heart. Terrence claimed that he spent more than R81 000 rands on the musician's daughters boarding and school fees to maintain her safety, Khanyi mbau sent Terrence message saying that 'I took the flight ✈️ back to my roots South Africa. Khanyi mbau she represent South African women's about what she did in Dubai by leaving her boyfriend, khanyi mbau she did what she can by apologizing to her family and her fans and she told the media her friends and family was worried about her well-being and she said she is home safe. Kanyi mbau she is making entertainment by leaving his boyfriend in Dubai, she told people that if life gives you a tot of Gin just add a piece of lemon 🍋 that says enjoy while you can, mbau went to the studio to record a piano song that say 'phuma ngati uya buya shining 'indoda eDubai' and it seems like people start to like the song. Her boyfriend Terrence kudzai mushonga has apologized to her about what he did because khanyi didn't what their relationship to be in public.

Content created and supplied by: VutlhariBebana (via Opera News )

When A Woman Truly Loves You, She Will Easily Do These 12 Things