In Depth Details On Why Kim Kardashian's 3 Marriages Failed

By Lingiswa (self media writer) | 20 days ago 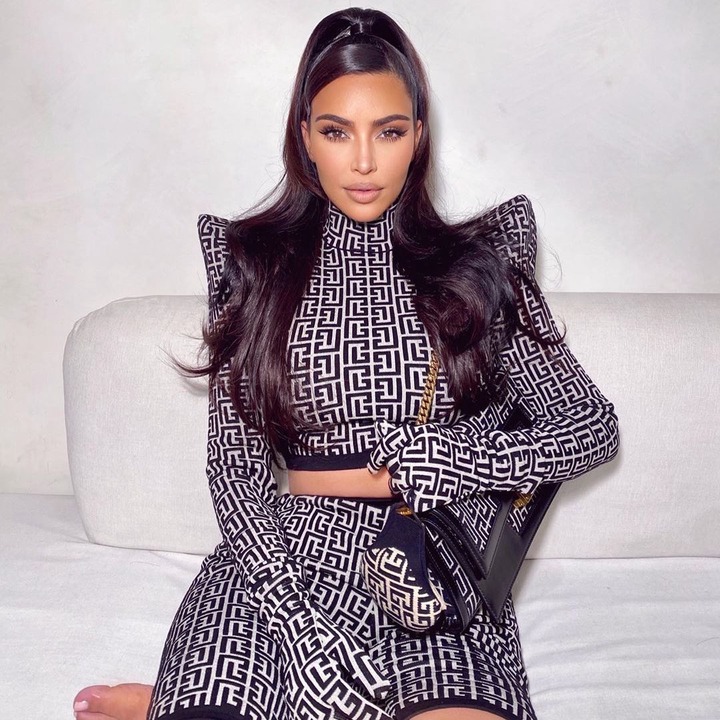 From the outside, Kim Kardashian looks like she has one of the most enviable lives in the world, filled with huge houses, expensive cars and designer clothes. But the Keeping Up With The Kardashians star has had a string of bad luck when it comes to her relationships. 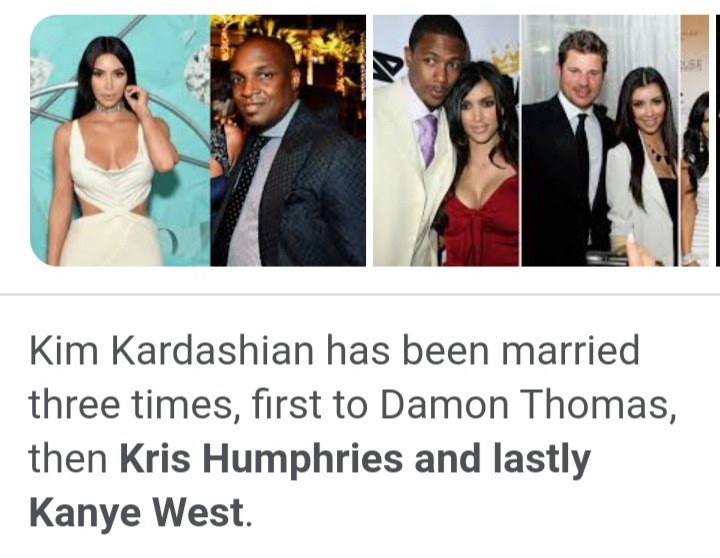 In the above picture, is Kim's previous partners that she got married to. 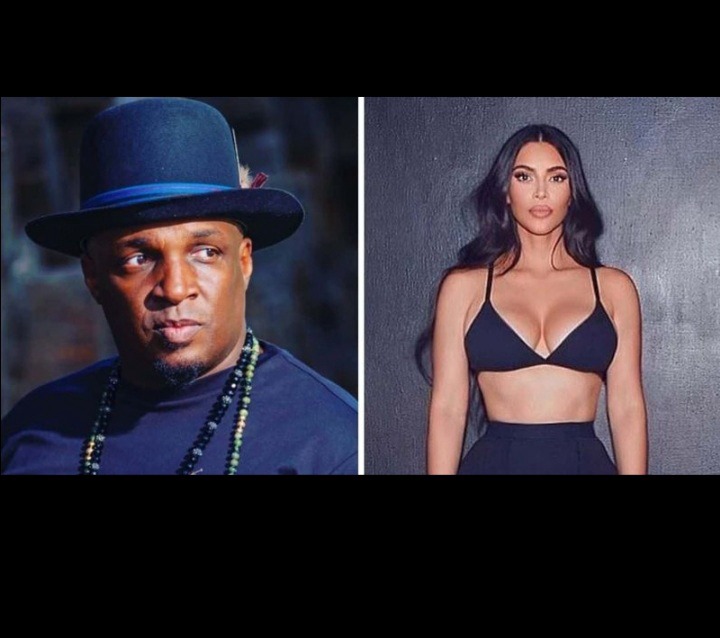 Kim married Damon Thomas while being high on ecstasy for their wedding day. They eloped. She was only 19 years old at the time. Damon Thomas was 10 years her senior. They were married from 2000 to 2004. Kim claimed that her first husband was controlling and emotionally and physically abusive towards her. 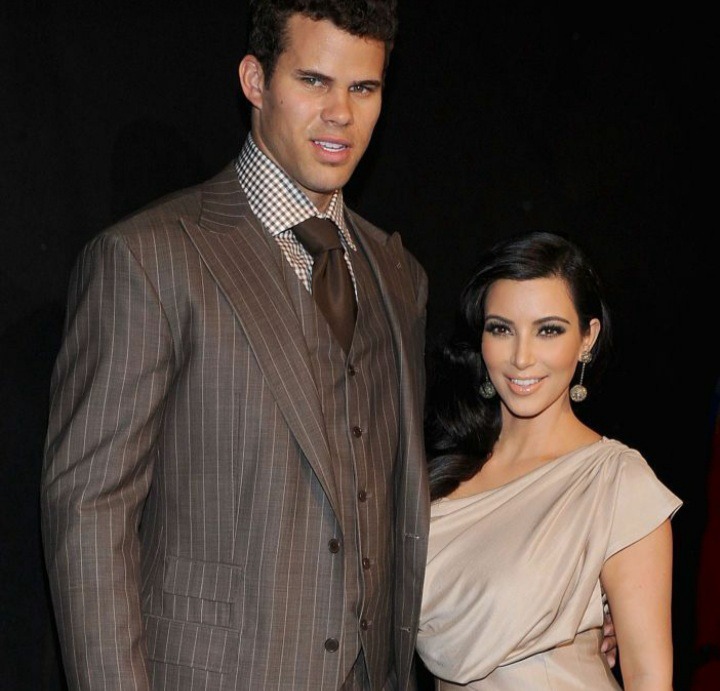 Kanye West and Kim were good friends for a long time - was even texting before the wedding, trying to convince her to not go through with the wedding.

While Kris looked to get his marriage to Kim annulled in December 2011, it actually took until June 2013 before the divorce was legally finalized. 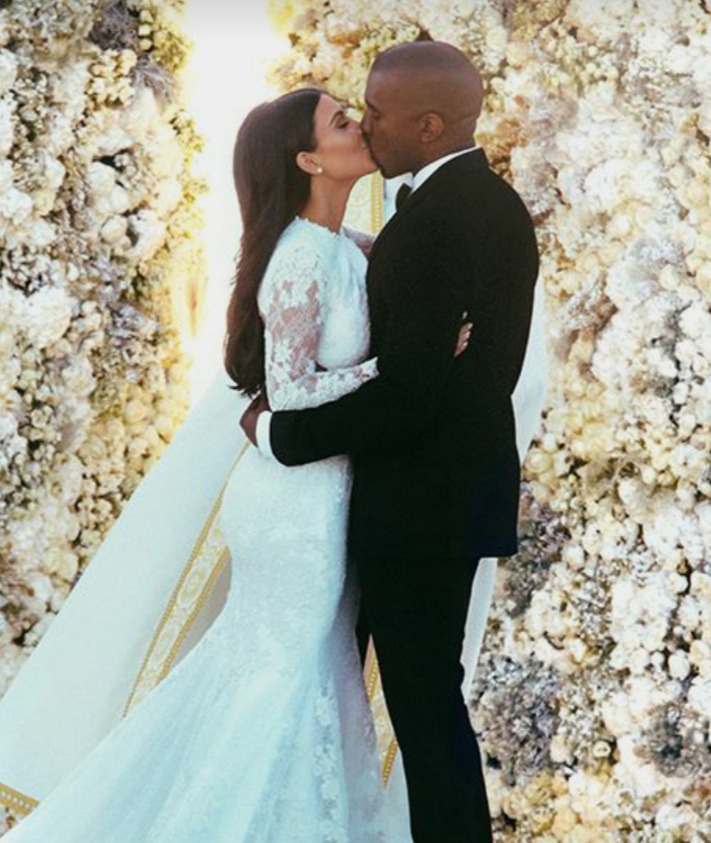 Kim and Kanye got married in May 2014, in a lavish ceremony, lasting a whole weekend. The wedding took place in Paris. The reality star and rapper went on to have four children together, North, seven, Saint, five, Chicago, three and two year old Psalm. 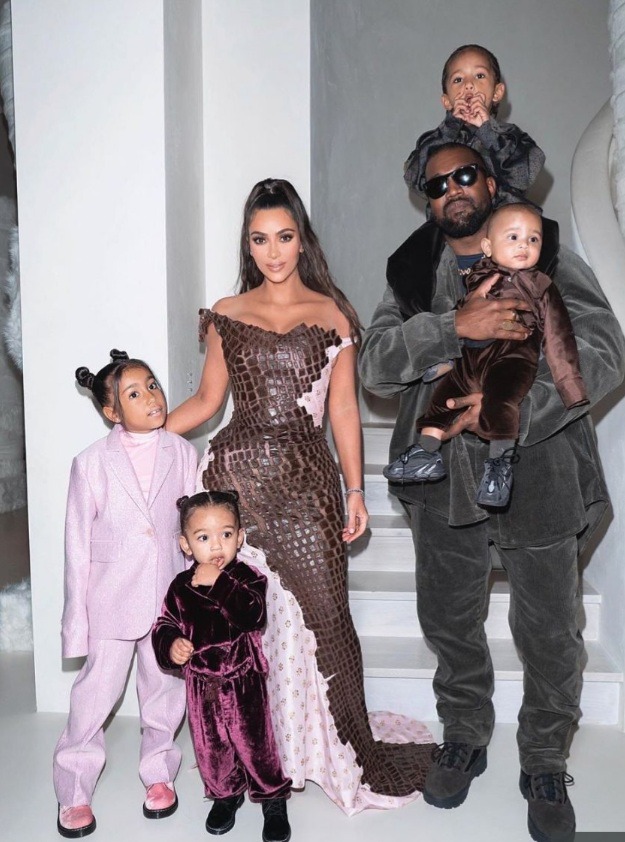 Kim and Kanye renewed their vows in 2019. But she filed for divorce in February this year and ditched her $1.3 million wedding ring. The couple were revealed struggling with their relationship during quarantine. 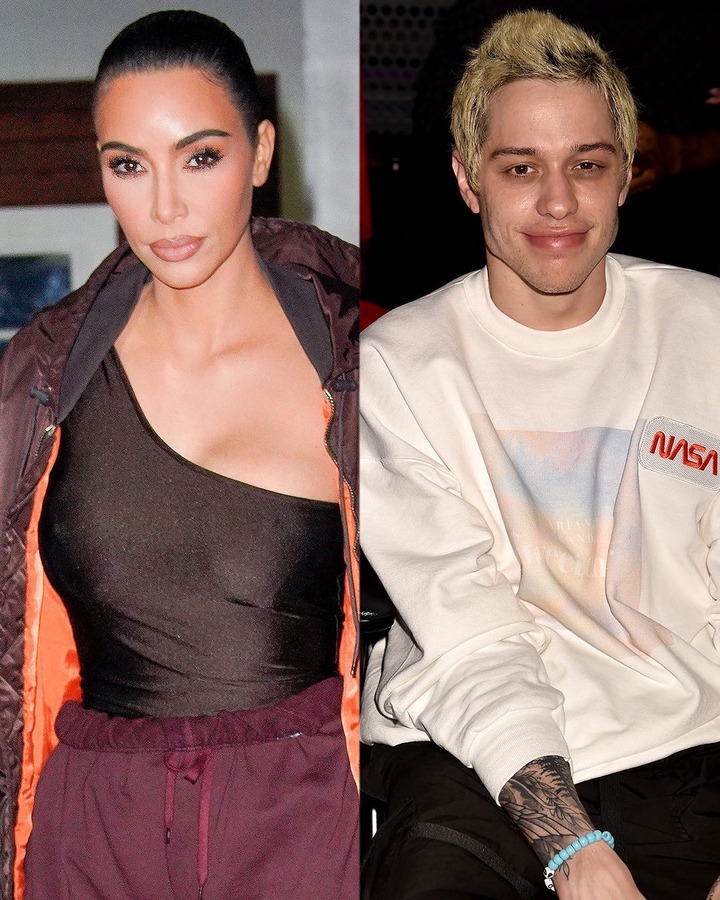 Kanye West has a new girlfriend who is a 22 year old model from Miami and Kim is rumored to be dating Pete Davidson who is Ariana Grande's ex fiance. 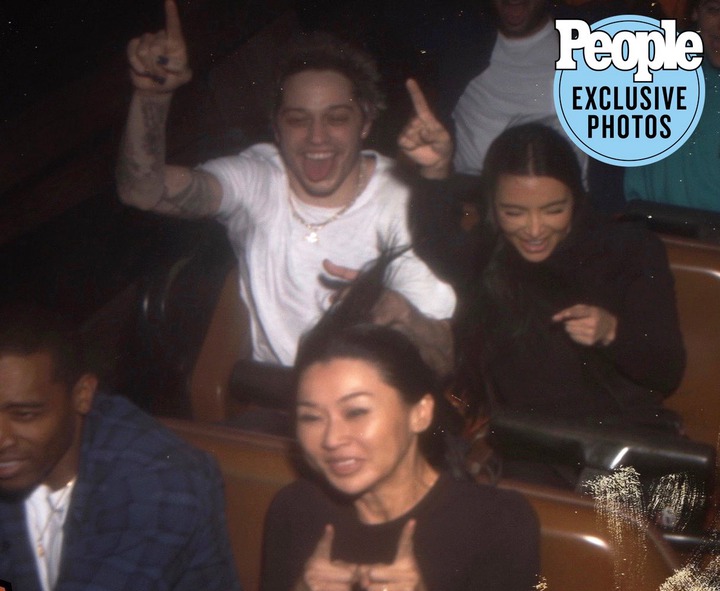 The following pictures are of Kim Kardashian and Pete Davidson at Disneyland with Kim's assistant/friend and Kim's publicist with her husband. They were on a rollercoaster ride after Kim's appearance on SNL (Saturday Night Live). 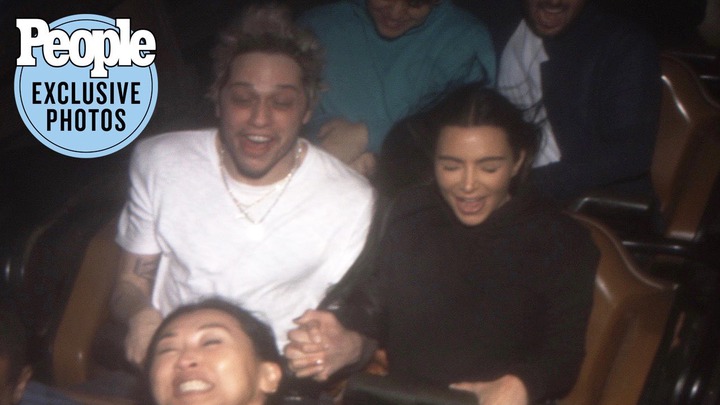 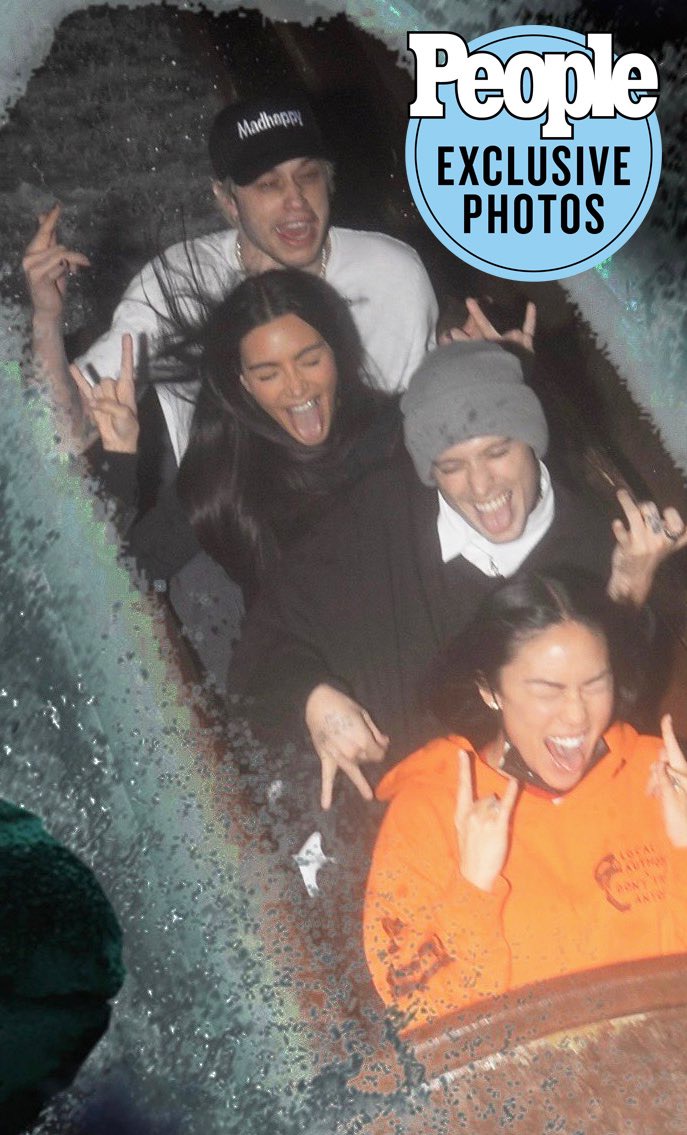 Kim, Pete and friends being silly and goofy on the rollercoaster ride in Disneyland. Kim looks happy and carefree.

Damon Thomas Keeping Up With The Kardashians Kim Kim Kardashian