Don talks about his deadly disease. 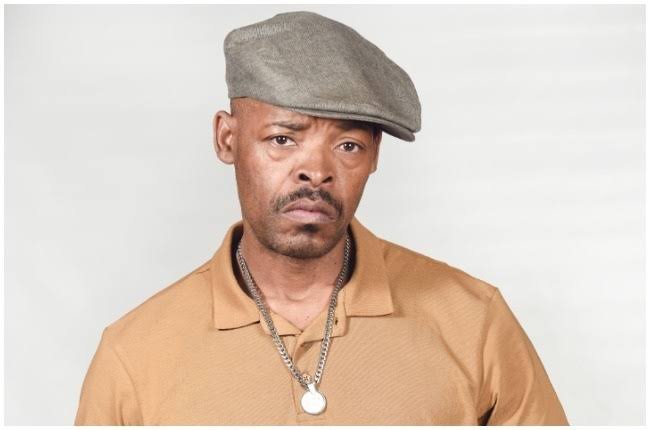 Gomora actor, Israel Matseke Zulu who played Don Buthelezi on Gomora explained the reason for his departure. The actor was killed off last week in a move that left many fans elated. Don, who started off as a good, compassionate character was turned into an annoying villain by the show's writers.

The actor explained the reason for his departure:

"I have been inundated with messages from concerned fans and friends over the reports of my illness and subsequent departure from the drama series, Gomora. It is true that I have been diagnosed with Gangrene, which has severely affected my right leg, making it difficult for me to walk properly and function well on set during the filming.

The illness started when I joined Gomora and it was a mild pain in my legs which I took as a passing phase. I love Gomora as a show that I have been close to from its inception, more so because it is set in Alexandria, my township. That time I'm an actor who loves giving his all when I do something". 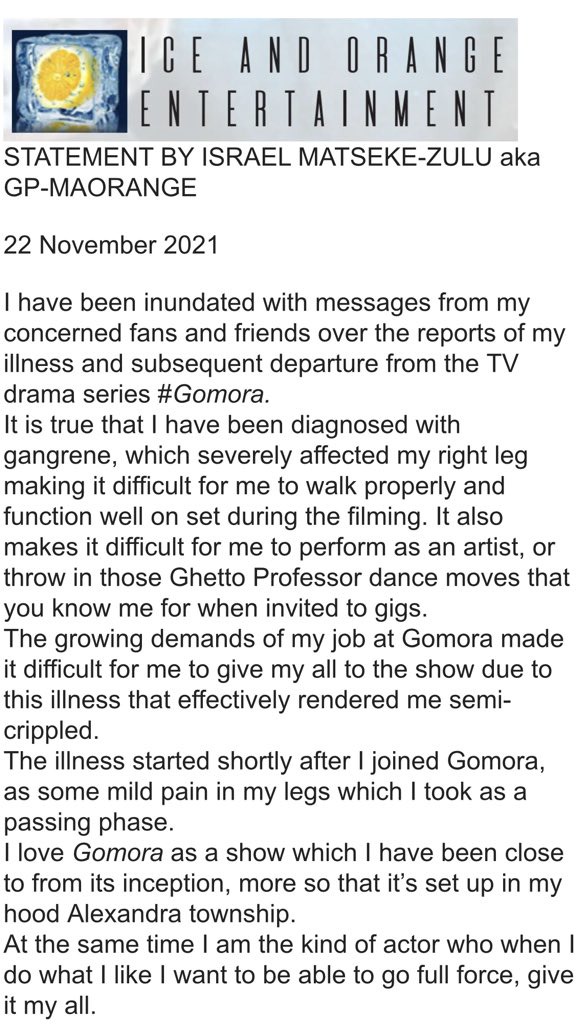 Dry gangrene is preventable if the blockages can be reopened through angioplasty, otherwise the dead tissue cannot be salvageable. Again this is similar to a heart attack where the heart's arteries are blocked in that an angioplasty is required or the tissue will die. 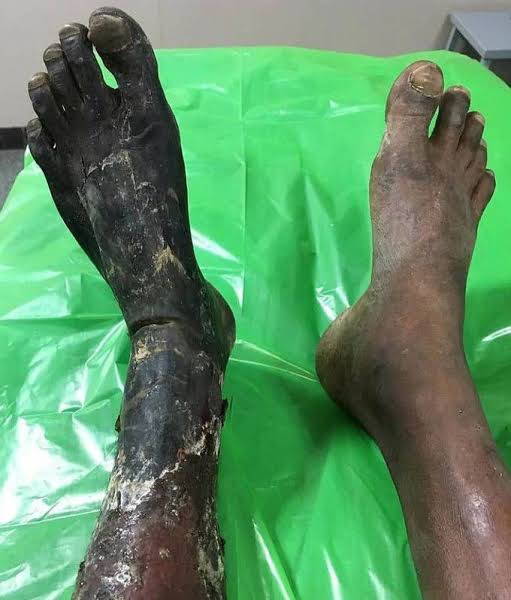 Wet Gangrene is characterized by thriving bacteria and has a poor prognosis compared to dry gangrene due to sepsis resulting from the free communication between infected fluid and circulatory fluid. Wet gangrene causes tissue to swell and to emit a foul smell. The affected part is edematous, soft, putrid, rotten and dark. Because of the danger of this type, amputation is required to limit systemic damage of the disease. 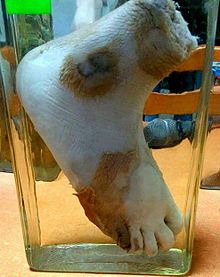 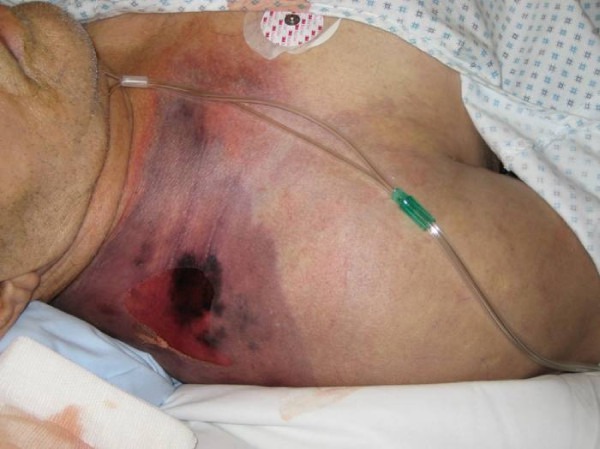 Gas gangrene is a bacterial infection that produces gas within tissues. It is the most dangerous type of gangrene because it has a 50% mortality rate with treatment. It spreads rapidly to other parts of the body and is a real emergency.

The diagnosis would have been extremely difficult for Israel, particularly if he had gangrene that was not dry. One can imagine how difficult it was to do all of those stunts with an extremely painful limb and one hopes he will eventually recover.