These Far-Fetched News Captions Are So Wrong They're Right

Television journalists go to college for years and then do a variety of odd jobs at television networks before they finally land their big break and get to read the news on air. The news they end up reading is typed into a teleprompter which is supposed to make their job easier, but sometimes the person responsible for the teleprompter doesn't exactly get the prompts right. The following are some of the funniest news captions that could have been right but went oh so wrong. Imagine being in those journalists' shoes when these happened!

1. News Update: It Is Possible To Be Killed To Death 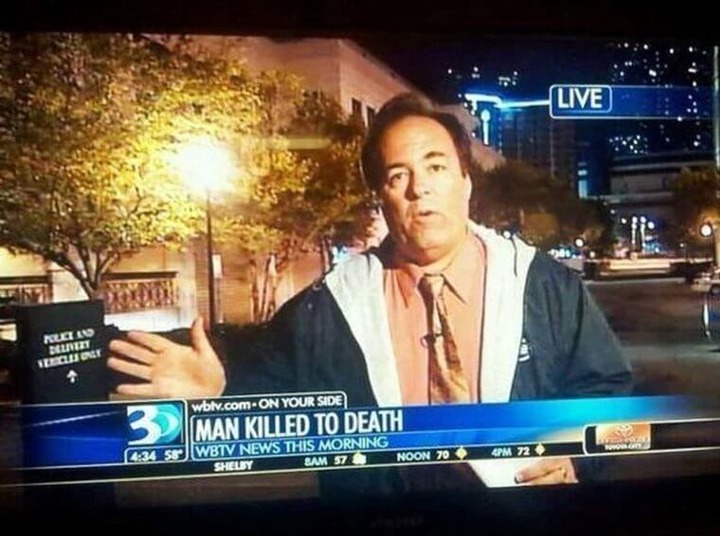 There comes a time in every news anchor's life when they have to report on a crime that sadly involves death. Most of the time, the reporter just relays the details of the story, and the news captions sum it up in a sentence. Whoever was on the teleprompter that day must have forgotten that there is such a thing as a double negative. ​According to the rules of grammar, if the verb 'to kill' is used it implies that the person is indeed dead.

You cannot be killed to death, because you are already dead. Someone needs to brush up on their grammar.

2. Always Remember To Buckle Up And Drink And Drive, Not 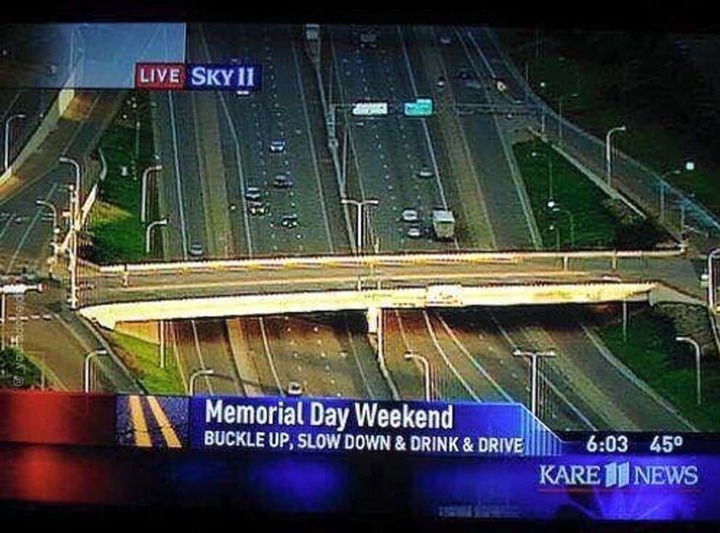 As the ones in charge of delivering important news, networks have to make sure that they always give good advice and ensure that it follows all laws in the jurisdiction. Memorial Day weekend is one of the most fun in America, and everyone gears up for barbecues full of food and a few adult beverages. If there is one thing all people should avoid doing that weekend it is drinking and driving.

Instead of promoting designated drivers for the long weekend, this network decided to promote drinking and driving as long as you have your seatbelt buckled. Whoever wrote this caption must have had a real talking to after it aired!

3. A Walmart Toilet Crisis And The Glue That Held The Story Together 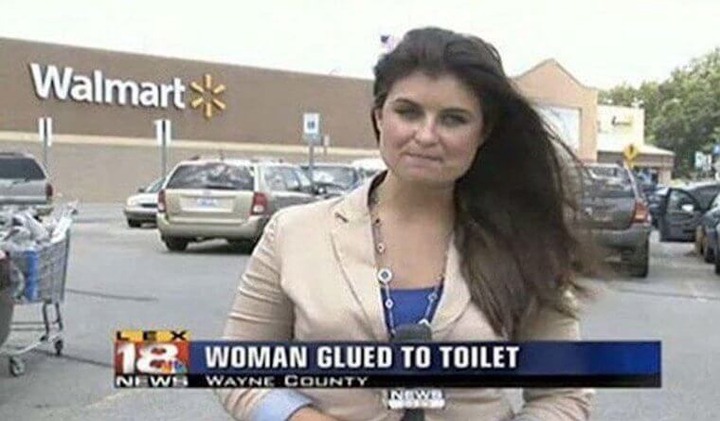 Not all public restrooms are built the same. Some have fancy features like cloth hand towels, perfume, and body lotion free for anyone to use. Then, there are the public washrooms in a place like Walmart, where according to this caption you may or may not end up glued to a toilet seat. If there is one takeaway from this caption that we should all think about it is that you should always watch out for glue.

Before you plop down on a public toilet seat, make sure there is no super glue that will dry as you use the toilet. This is one situation nobody wants to be broadcast, no matter how funny it is.

4. Is It Breaking In If Your Name Is On The Building? 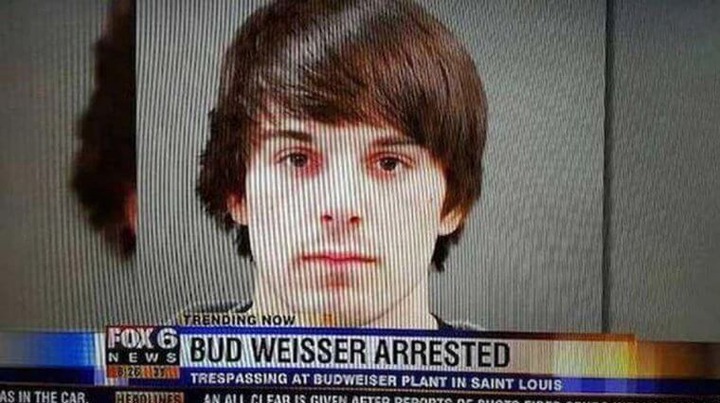 After a long day at work, everyone enjoys sitting back and relaxing. For Bud Weisser, all he wanted to do was enjoy a can of his favorite beverage, Budweiser beer. Instead of driving to the store to grab a six-pack, he decided to go straight to the source. We are pretty sure that Mr. Bud here is not a direct descendant of the Budweiser family, but his name is pretty close.

Just because your name is on the building, doesn't mean you will be granted entrance though. Mr. Bud won't be getting any cold beers where he is headed after being caught trespassing.

5. There Is Such A Thing As Too Much Of A Good Thing 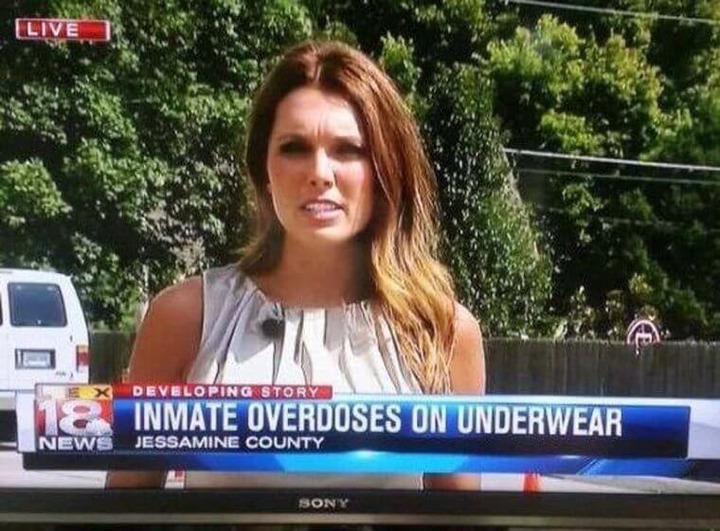 A prison is a tough place to be. Inmates are kept busy by working jobs at the facility, going to classes, and anything else that might catch their fancy. For one prisoner, he found that there was one hobby that helped him to pass the time. If you guessed drawing, then try again. No, this prisoner, according to the caption enjoyed underwear, to the point where it became an addiction.

This caption raises a lot of questions. Did the prisoner like to eat underwear? How would you overdose on underwear? We hope this was further explained during this breaking news segment.