Makhadzi Just Lied To Her Fans.

By Teanews (self media writer) | 27 days ago

Opinion: Makhadzi has been surving her fans with songs, vocals and dances with her 21 songs in her newly released album. 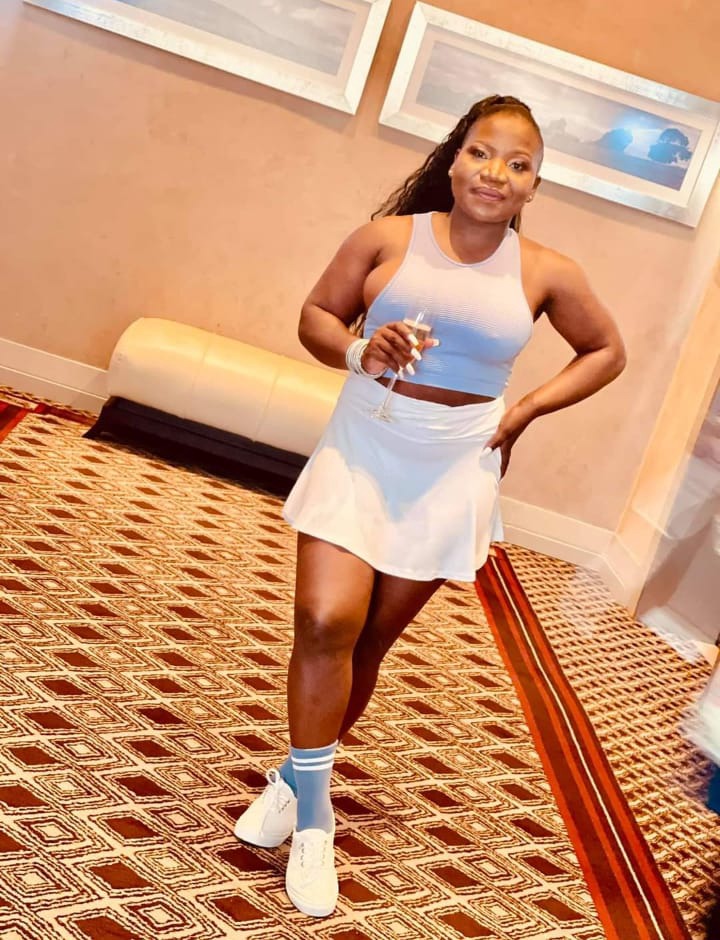 She featured many people like kabza, cassper nyovest, prince benza and so fourth. But her last album Travel Africa made people vibe to venda lyrics they did not understand but being touched with the performances which she always promises that if you don't understand the language she will make sure you understand the performance. Makhadzi has also bagged another milestone in the music industry and she has now reached gold and she is the first South African female to go gold on an album. " Kokovha album reached gold. I am proud to say I am the first female artist to reach gold in an album not a single song. Thanks for your love" she said. But she almost got herself in trouble when fans said they were tired of defending her because she keeps on lying. Makhadzi was accused of lying until some of her fans came for her rescue to explain further on what she meant. " Congratulations but you're not the first. We've had lebo sekgobela and zahara so..do not lie on a public platform" a tweep said. But one fan explained what she meant " she's not lying it's only that she didn't explain further. She's the first female artist to reach gold online. Those you mentioned sold hard copies. 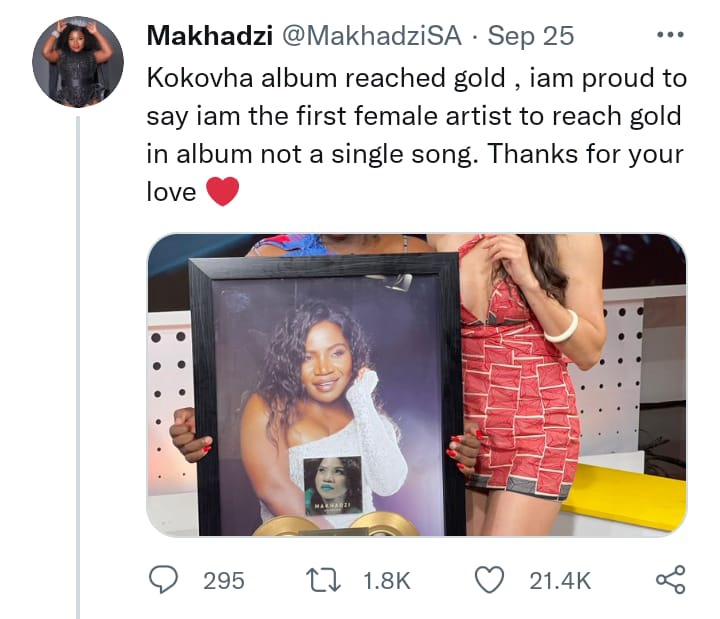 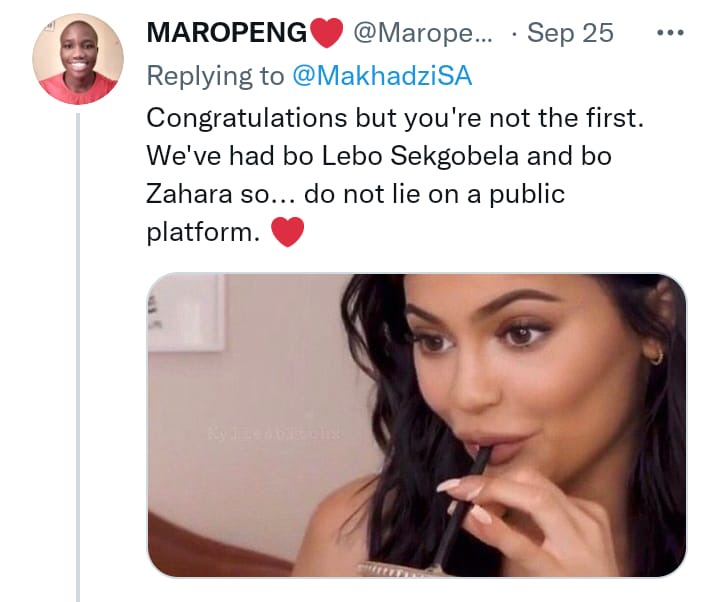 Content created and supplied by: Teanews (via Opera News )