By Mzansino1news (self media writer) | 2 months ago 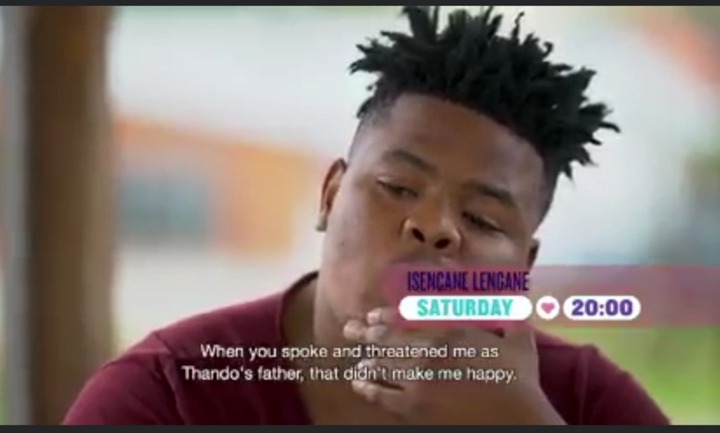 Since the second season of the show began, Siyacela Dlamuka has been trending on social media, and it's all because of his poor behavior. "You have to thank God every day for not being married to Siyacela," one Twitter user once stated. That is how the public perceives Siyacela as one of the blessings they do not wish to get from God. In the first season, the young husband appeared to be deeply in love with his wife, and we probably should have inquired "how long?"

Isencane Lengane observes their daily lives and everything that pertains to them. From their shared lives and those with their extended families. This marriage, on the other hand, was doomed from the start, as the young couple married for purely coincidental reasons. Thando was fleeing her domestic circumstances, while Siyacela desired night service.

Siyacela has demonstrated how disrespectful, arrogant, and uninformed he is in this second season. The young man has no regard for anything, including himself, his father, and most emphatically, his wife. This raises numerous issues about his upbringing, but let us not forget that Siyacela is still an adolescent going through puberty. During this stage of life, the majority of young people lose themselves; unfortunately, Siyacela married someone before discovering himself. He is now attempting to discover who he is, which is made more difficult by his marriage.

While the country has a high rate of gender-based violence, the country's silence regarding Thando's mental distress is highly suspect. Thando previously revealed that they had a physical altercation. It's tragic, however, that the channel airing this show is capitalizing on that. However, everything is not lost, since Siyacela stood up to Thando's father. Thando's father went to speak with his son-in-law about the way his daughter Thando has being treated. However, it appears as though Thando's father had an ulterior agenda.

He probably should have done a Google search on Siyacela. Thando's father insisted on Siyacela paying a fine for disrespecting him, but Siyacela saw right through this man looking to make a quick cash. The young spouse placed his father-in-law in his proper place. Individuals should refrain from using culture for commercial gain; doing so diminishes its value. Thando's father should have spoken to the young man immediately or, better yet, he should have taken his daughter home and ended this marriage.