Phil Mphela gets hit with a homophobic slur; after showing disgust at American food

When an American guy; called Michael Wallace; posted a plate of his thanksgiving food; Phil Mphela responded with; "American food;" followed by a vomiting emoji showing his disgust at the contents of the plate. 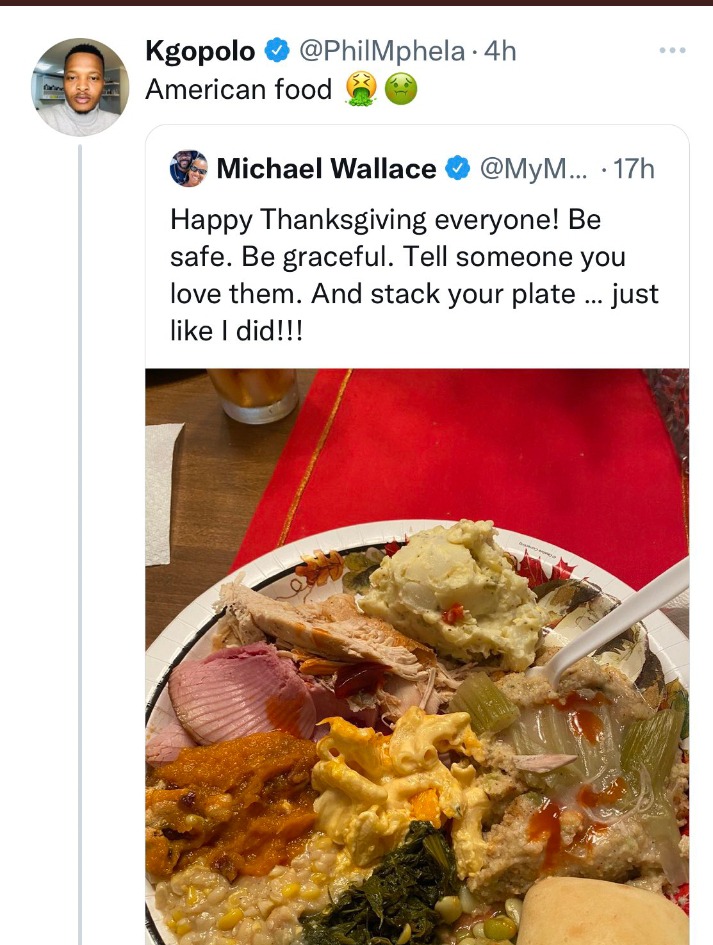 He did not realise that he had opened a can of worms; he did not see a clap back coming; it was not from the owner of the post; but from a completely different person with African names. 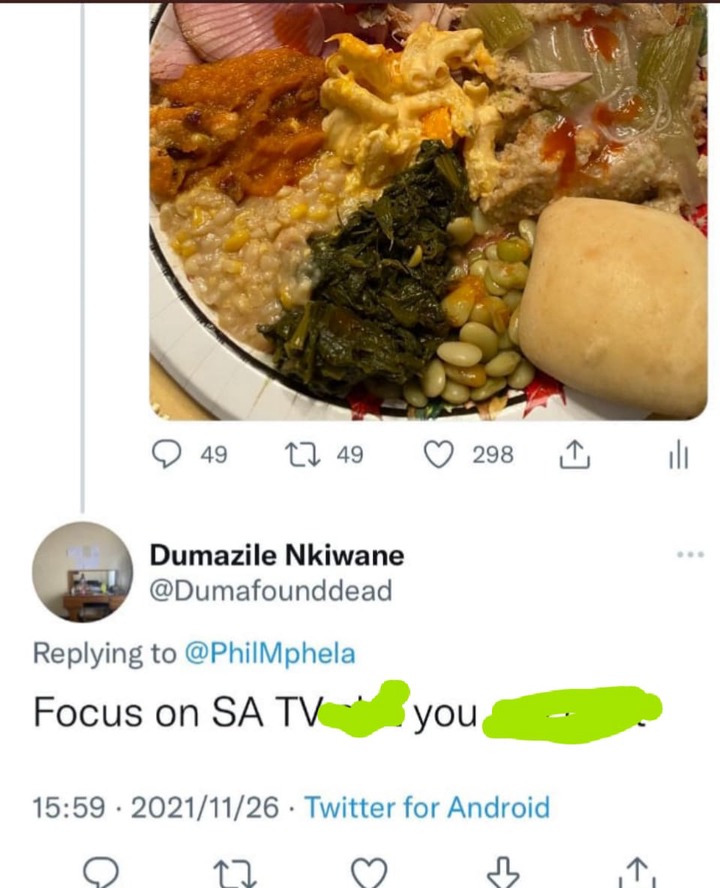 The hate post came from; a Dumazile Nkiwane; the first name is an IsiZulu female name. She said Mphela must focus on SA TV [email protected]%&t followed by a homophobic slur and another swear word. 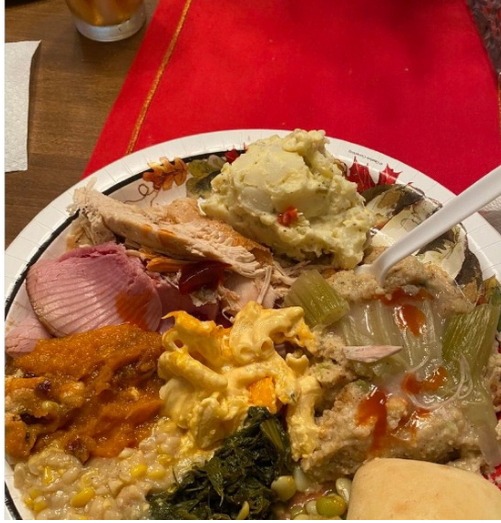 Now this was completely uncalled for; no one had ever questioned Mphela's sexuality; I was not even aware such a narrative revolved around him.

It does seem like he was able to handle the matter well; because he spoke of having chosen to educate the person rather than react negatively; and he said the person later apologised.

Mphela then explained how he hates false narratives. He said he was not shaming the guy but was merely showing him kindness. 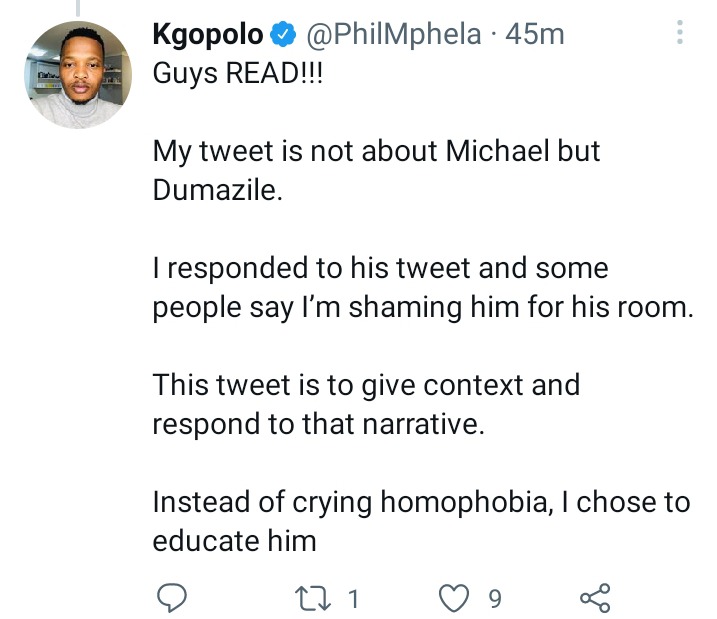 A Twitter user said he was shaming the person by including a vomiting emoji. He explained that he was talking about Dumazile whom it turned out it was a male.

He went on to say that he understands why the person was so angry at people like him. Boom just like that it became clear that he is living as a gay man; something many people may have not been aware of; including me. 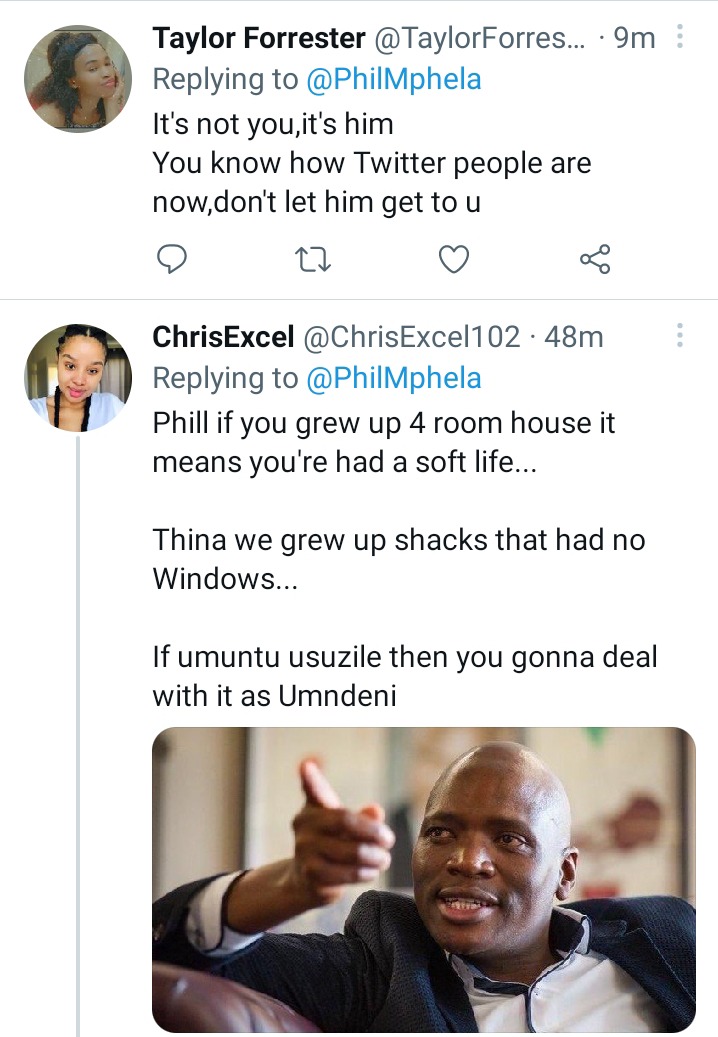 Mphela said he grew up in a four roomed house in a village; hence he is not uppity or a snob. This was followed by Twitter President; Chris Excel; saying Mphela was better off living in a 4 roomed house; because they were living in a shack; and if anyobe farted it became a family debate. 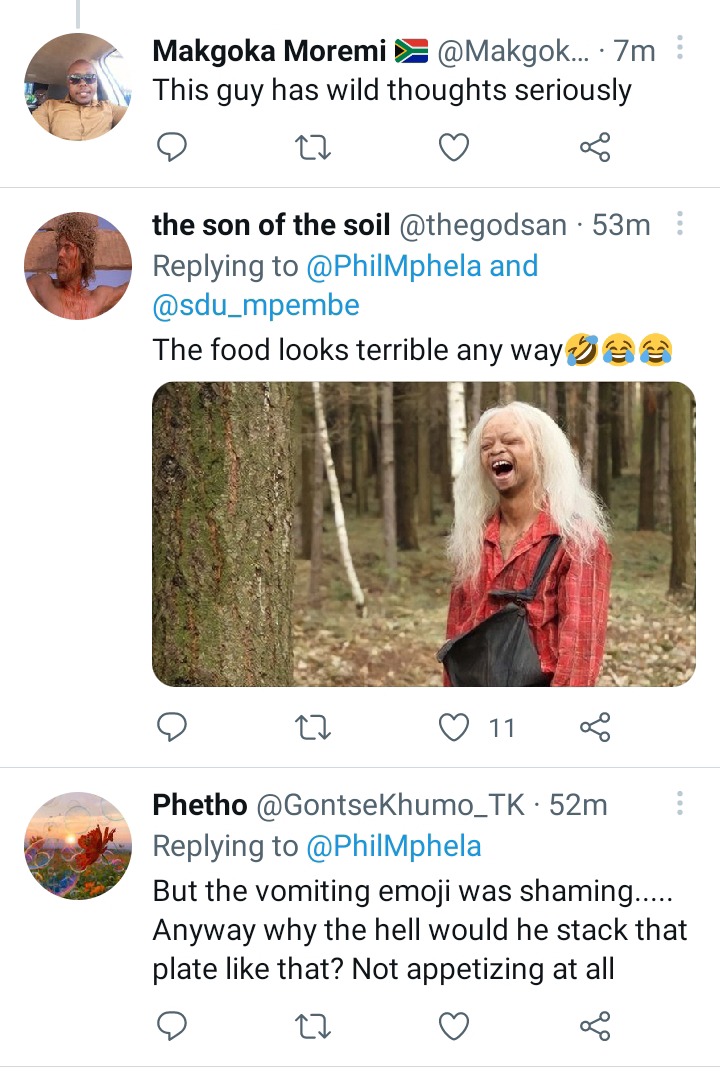 Many people on Twitter agreed with Mphela that the food did look horrible and that he should ignore negative posts from hateful people. 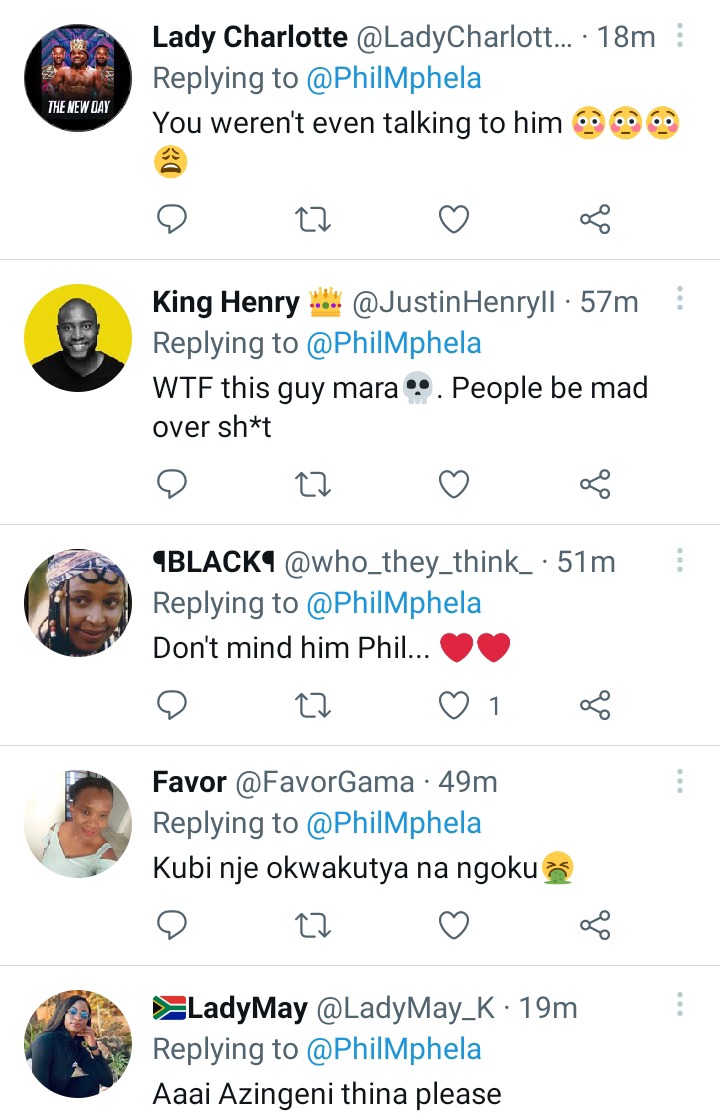 Others commented on the fact that he was not even talking to Dumazile; why was he up in arms about somethong that did not concern him.

Other Twitter users asked Mphela to leave them out of it and not try to recruit them to fight his wars.

EXCLUSIVE | See Khune & His Wife Work It Out Together [See Pics]