By News_Entertainment (self media writer) | 4 months ago

Mac G trends almost every week on social media because of his podcast and how he interviews people, getting them to say things that get them in trouble with the public. The last scandal that came from Mac G's podcast and chill was when actress Natasha Thahane said that a well-known politician gave her R1 million to pay for her studies at an American acting school. 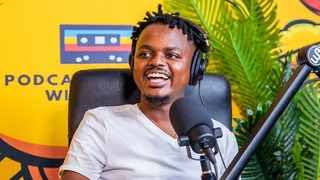 After people heard Natasha say this, many were upset that Natasha was able to get funding just by using her connections, while others who wanted to study in the same direction as her struggle with funding, especially those who want to further their art studies internationally. Natasha then returned weeks later with a video explaining that the politician did not pay for her studies, and that she, like everyone else, went through the proper channels by applying for funding, and she was fortunate enough to be awarded it.But people did not fall for that version of the story. 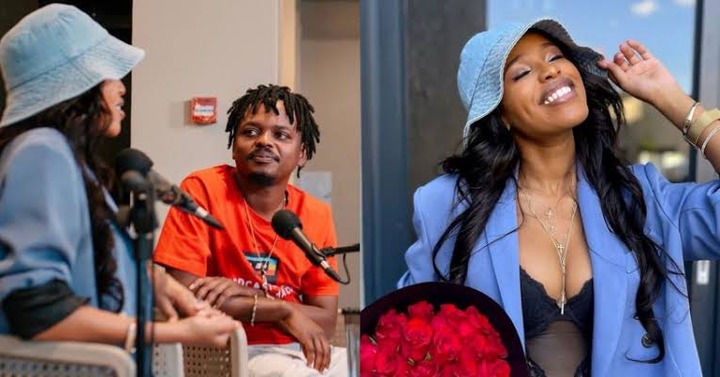 Now Mac G is trending on social media again after he interviewed international star and singer Ari Lennox. Ari Lennox has made music with well-known and loved rappers like J. Cole and Nasty C and won awards as well. Ari Lennox decided to appear on the Contravisial podcast and it unfortunately took a wrong turn after Mac G asked her an inappropriate question, which is apparently from one of her songs. Mac G asked Ari Lennox if "someone is fu... king her good right now?" and she was left stunned by the question, which she felt was inappropriate. 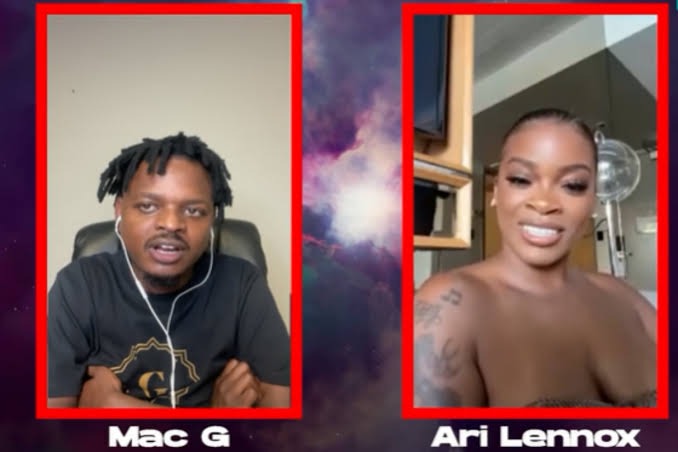 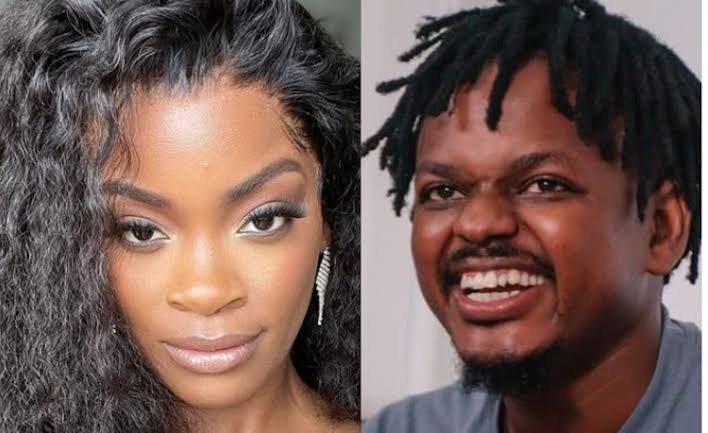 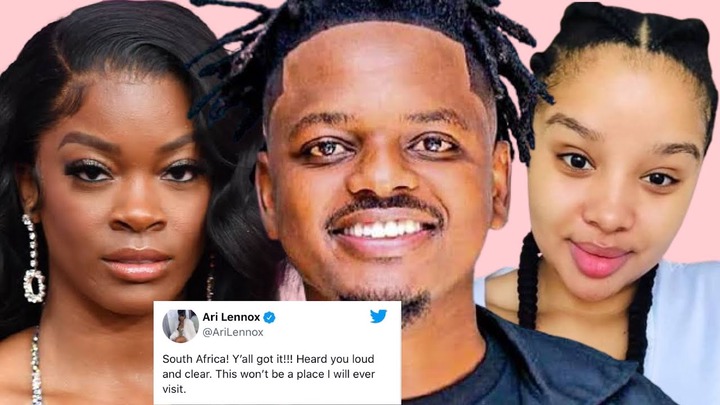 Only after the interview did she realise that Mac G should not have asked her the question and expressed how she felt on her Twitter, after being attacked by a few South African men. Ari decided that she would never set foot in South Africa, which means that she will never come perform in the country and those who are her fans in South Africa will never see her. 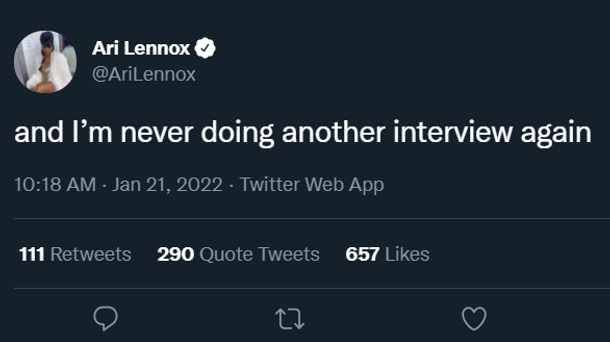 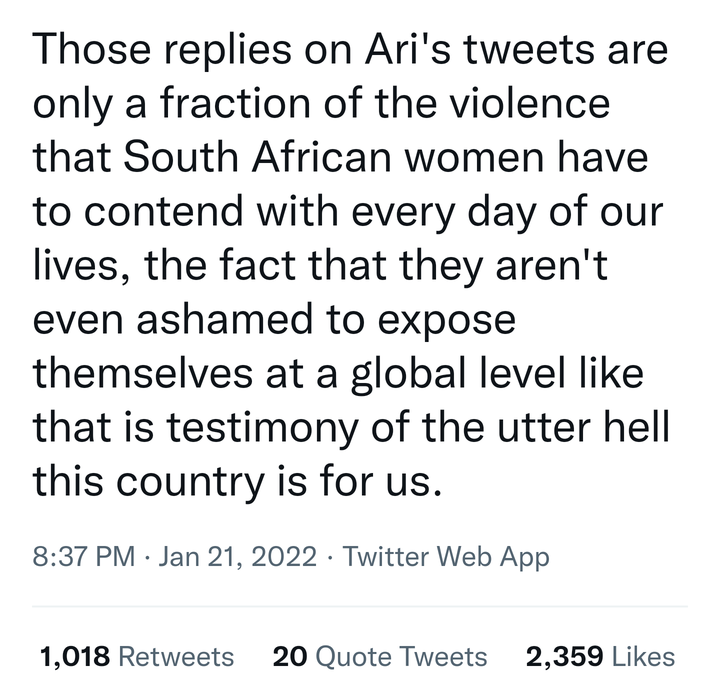 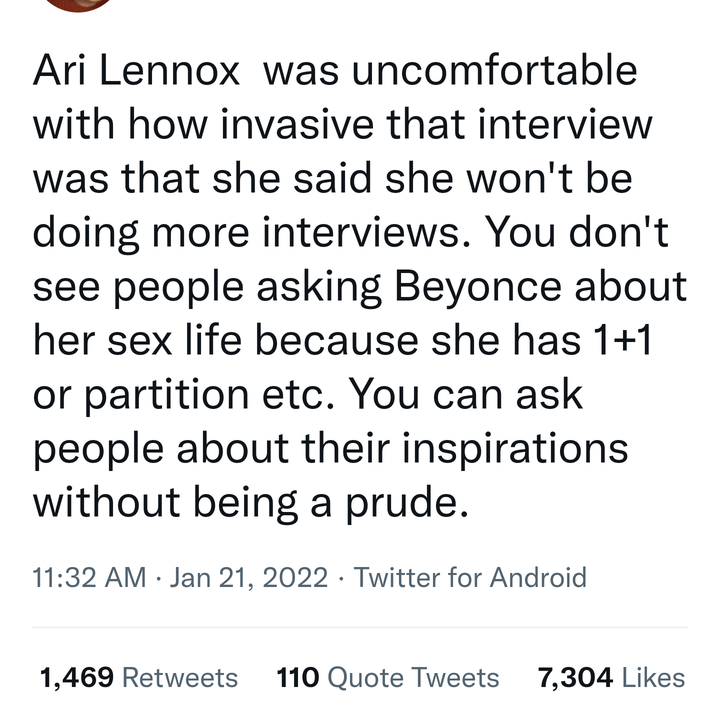 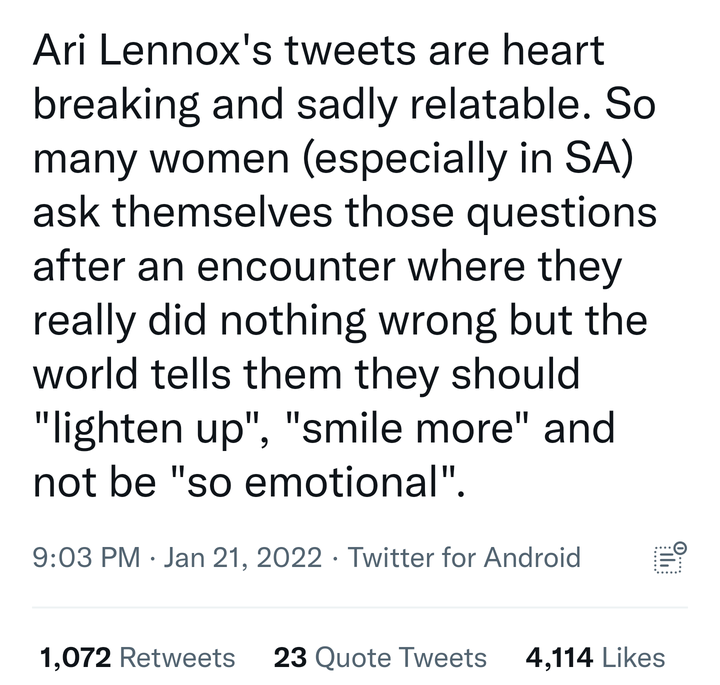 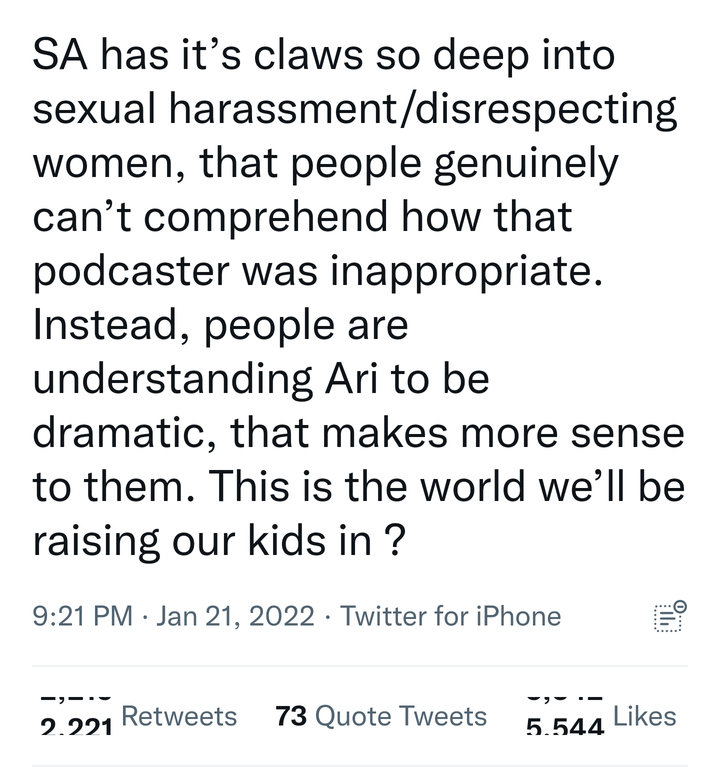 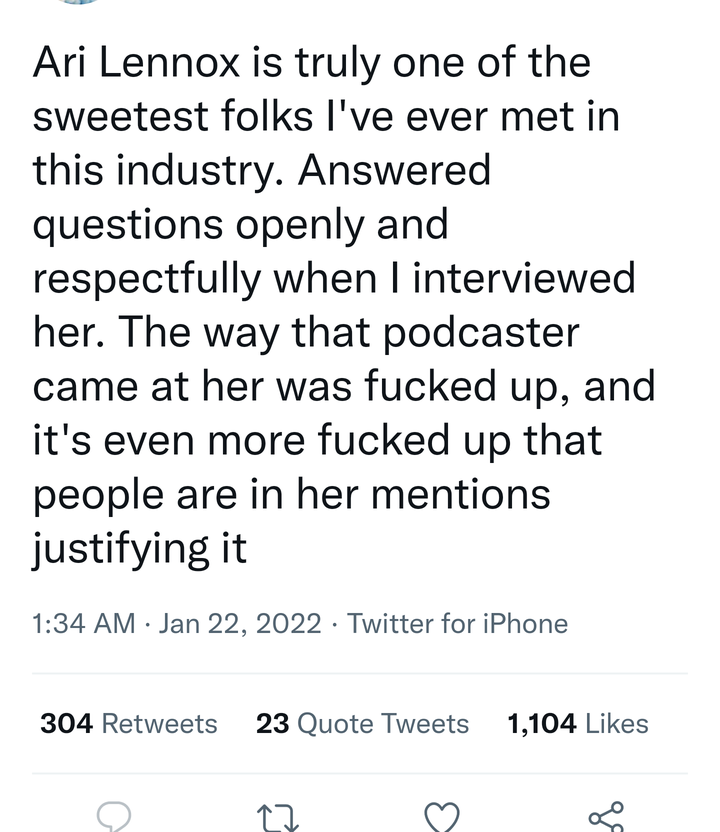