IN PAIN || Another SA Veteran Actor Has Passed Away, RIP

The South African entertainment industry has been really attacked. These past few weeks they have just buried other talented actors in the country. Remember it has just been a week after South Africa burried Luzuko Nteleko who passed away after suffering from brain cancer. Luzuko acted on many cast such as Ring of lies, Street of Mangaung alongside with Phuti Kgomo. He died week after Mzansi has just burried Sharleen Richards. 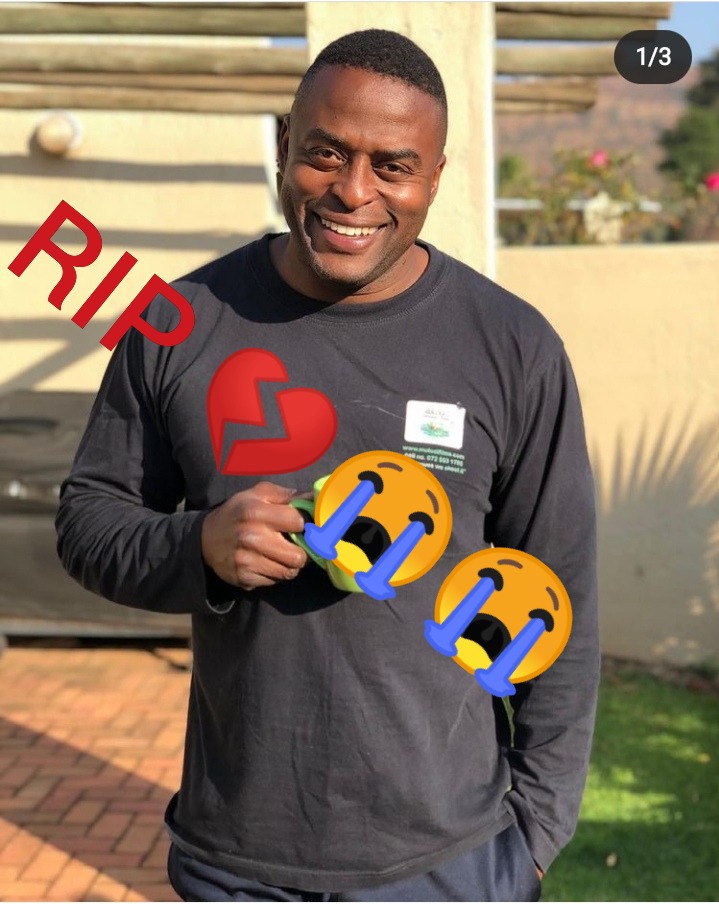 Today we are saddened again by the passing of the well known actor Mutodi Neshehe. Mutodi was born in 1975 on the 12th of January and died at the age of 46. The 46 years old actor worked in many casts in the entertainment industry. He is widely known for his role of Ndalamo Mukwevho on South African Telenovela called Muvhango which is currently aired on SABC 2 where he acted alongside Sindi Dlathu as her husband before she joined The River. He was really loved by many people in the country. 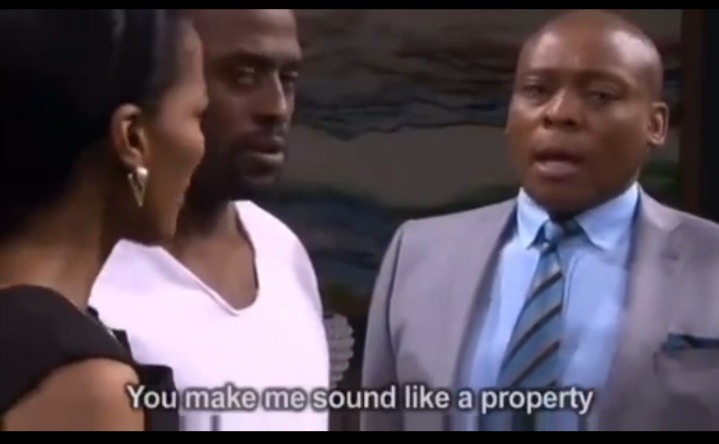 Mutodi Neshehe also acted on Generations the legacy alongside the well known media personality Connie Ferguson where he acted as her husband together with Rapulana Seiphemo before they all exited the cast. He acted as Zola Hadebe the father of Wandile Hadebe. He is widely known for his scene with Connie Ferguson and Rapulana Seiphemo when they portrayed an issue of polyyandry. 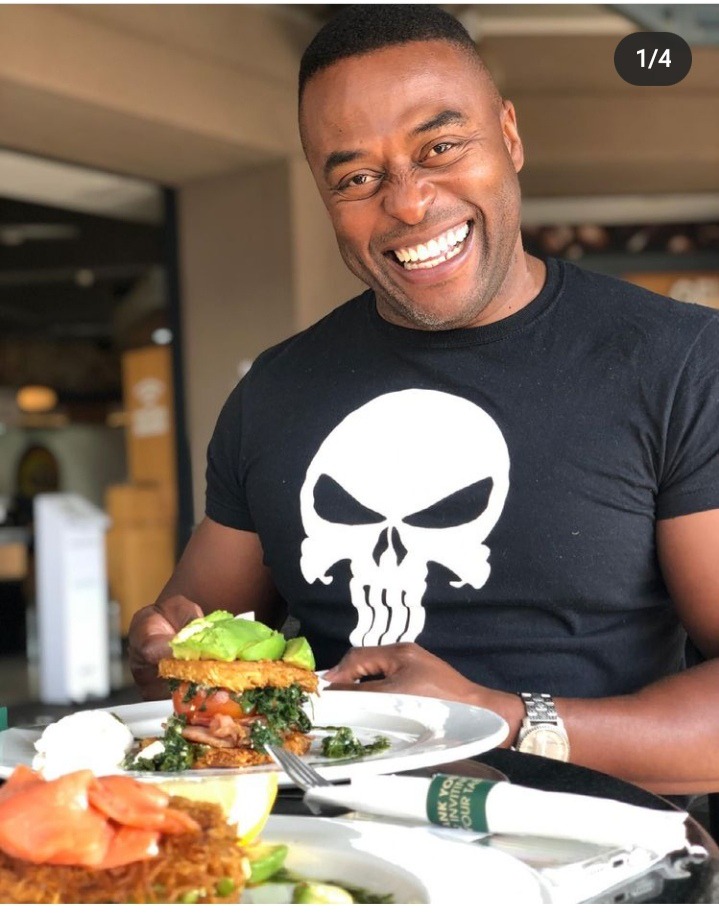 Mutodi passed away yesterday at 10 past 7 in the evening. His death was confirmed by his wife Leslee Dalton on Facebook. " It is with great sadness that we announce that Mutodi passed this evening at 10 past 7. Rest in peace Mutodi. We love you. I will take care of our girls like you would want me to. RIP".She says. May his soul rest in peace 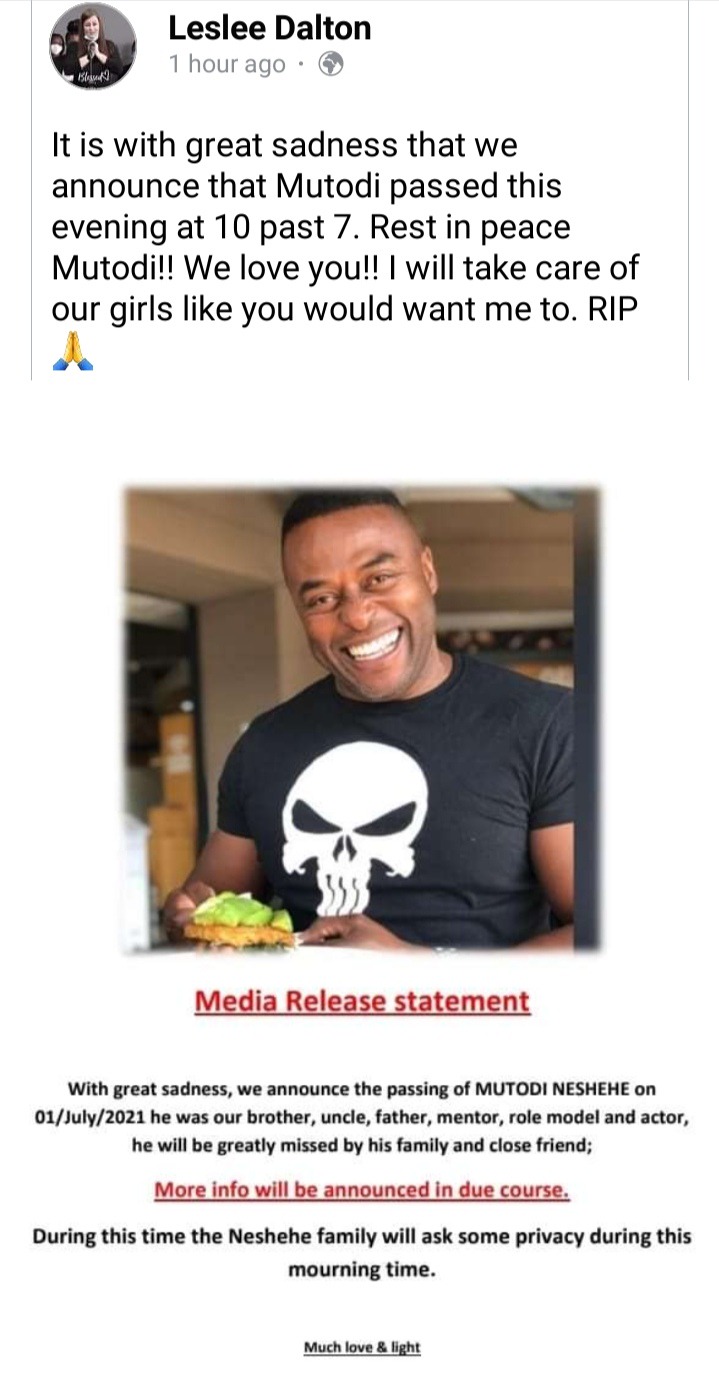