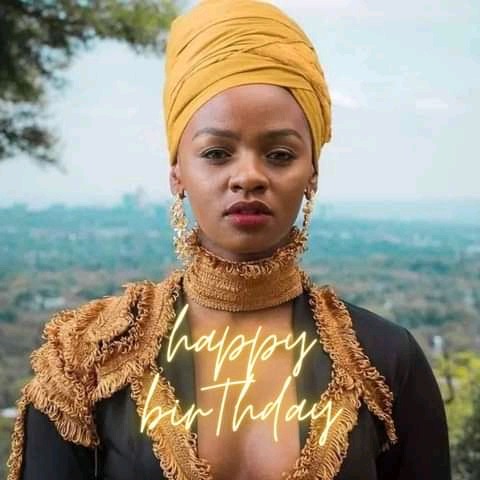 Imani is James's wife but before she met James she used to live with her cousin Gugu. Imani is also notorious for being a man snatcher. Imani once lived with her aunt Nomthandazo Buthelezi and she ended up dating her aunt's husband not only that she also got pregnant during that affair. When living with her cousin Gugu there was a guy named Seretse who had interest in Gugu but Gugu decided to play hard to get and Imani dated the guy. But things didn't work out. Then she took Marang's man James. Marang is Imani's former best friend. Imani is now married to James and they have moved in together.

Ever since she's been married to James she hasn't been checking up on Gugu a lot. Gugu has her apartment all to herself and she found herself a toyboy. Gugu's toyboy is Vhutshilo, he works at Gugu's company. Gugu is glowing now, she even told Imani that she has a toyboy but she didn't mention who the toyboy is. Gugu told Imani that her toyboy is energetic just by things that Gugu said to Imani you could tell that Vhutshilo was indeed making Gugu happy.

Imani called Gugu a couple of times and she didn't answer, when she saw that her calls weren't getting answered she decided to go to Gugu's apartment to check up on her. When she arrived there she found Vhutshilo there in a compromising situation. And that's when she put two and two together and concluded that Vhutshilo is Gugu's toyboy. Imani wasn't happy with that, and she didn't fake it. She told Gugu that she shouldn't be doing what she is doing with Vhutshilo, she even told him why they shouldn't be having that kind of relationship.

What Imani said and did left Muvhango fans unhappy. They said they were happy with Gugu and Vhutshilo's relationship and that Imani is the last person that should be judging other people. 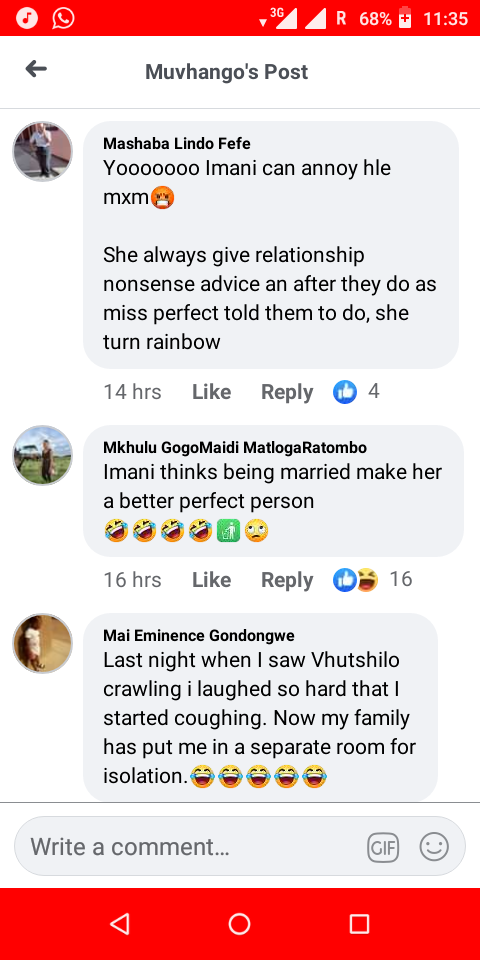 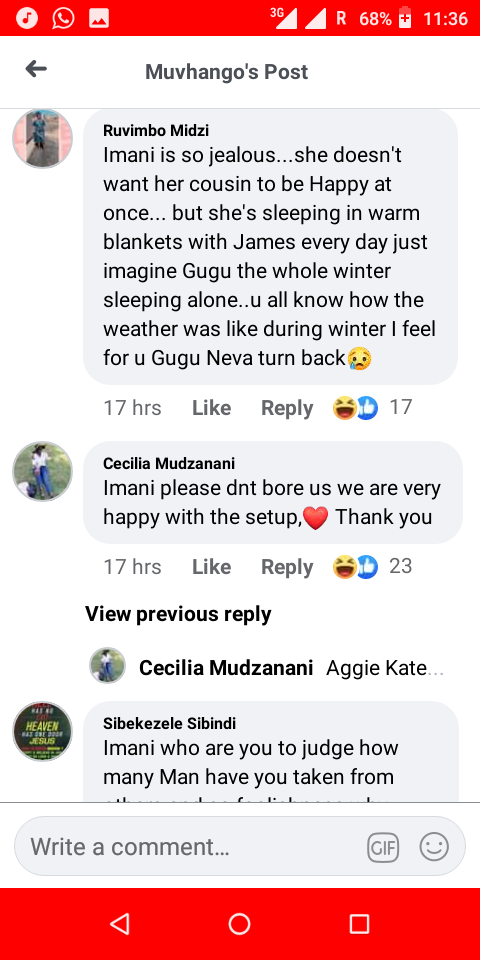