"It's Pilchards vs Salmon" Tito Mboweni compared to Steve Harvey

By Zondiwe_M (self media writer) | 3 months ago

Steve Harvey is an American comedian slash presenter and author who has grown quite fond of South Africa. He's gotten to learn more about our country through his hosting of Family Feud SA. Naturally, South africa has also taken more liking to him, adopting him and naming him "Uncle Steve"

This week has seen fire snaps from Uncle Steve on social media, particularly because it's a few days leading to his wife's birthday! One picture that he posted of himself in green found its way on one tweeps TL where Tito Mboweni's 62 was interrogated on why it looks older than Harvey's 64. 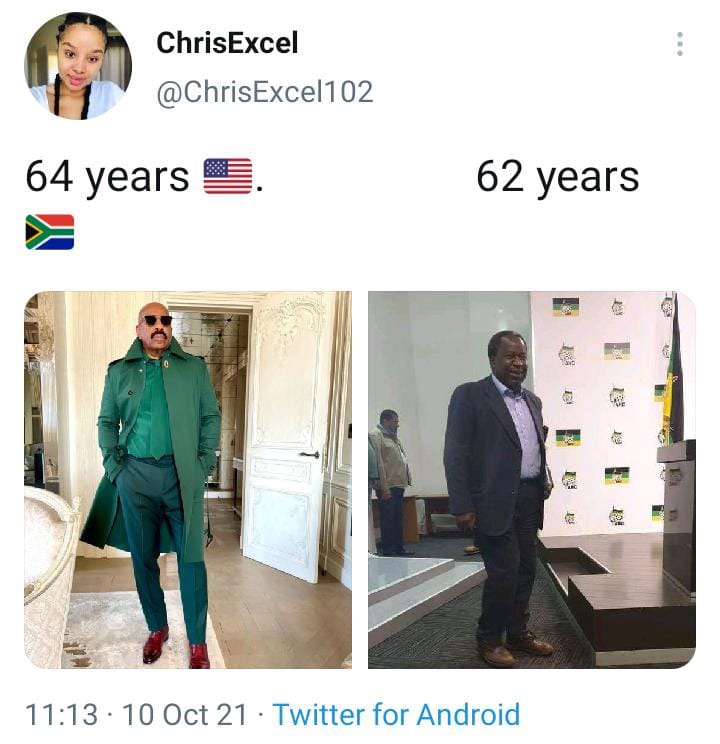 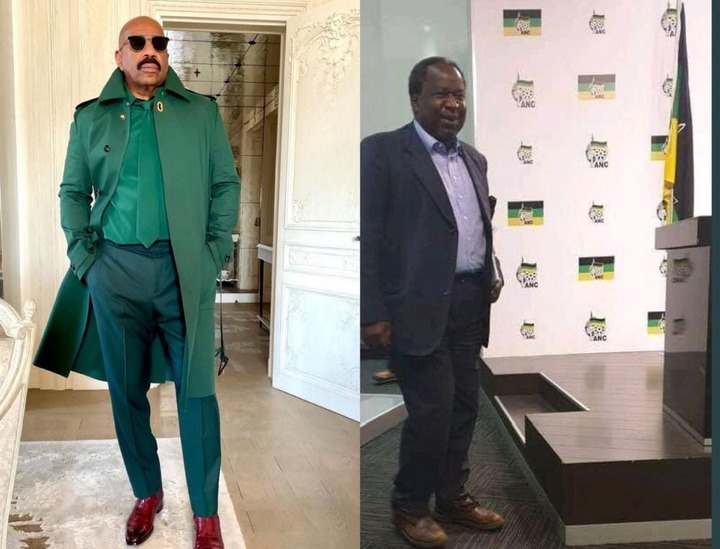 It did not take long before suggestions on why the two look decades apart were offered. For starters, Steve is said to be spending his own money, unlike Mboweni who's said to be stressing about looting citizen's money and eating pilchards! One of the post's replies by @msando_n read "Steve is a celebrity and Tito is a Public servant" and this just highlights that they will care about different things! 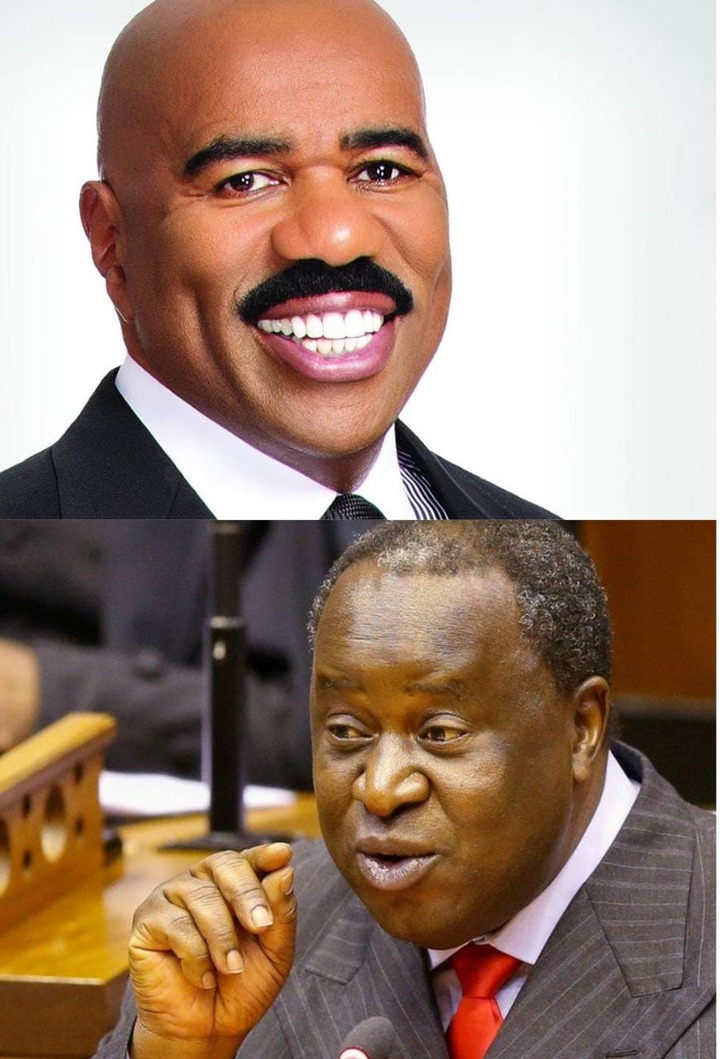 I think these two men take differently to their social positions where Steve just naturally has an amazing sense of fashion and Tito only wants to cover himself without caring about looking like he's getting ready for a fashion magazine!

Tito's shoes did not help because commenters kept referring to how "finished" they look. Everything about Steve was in order so I feel that the post was just meant to throw shade on Mboweni!

This is what happens when you spend most of your time in the kitchen cooking tin fish and broccoli https://t.co/kZrnAytZw7 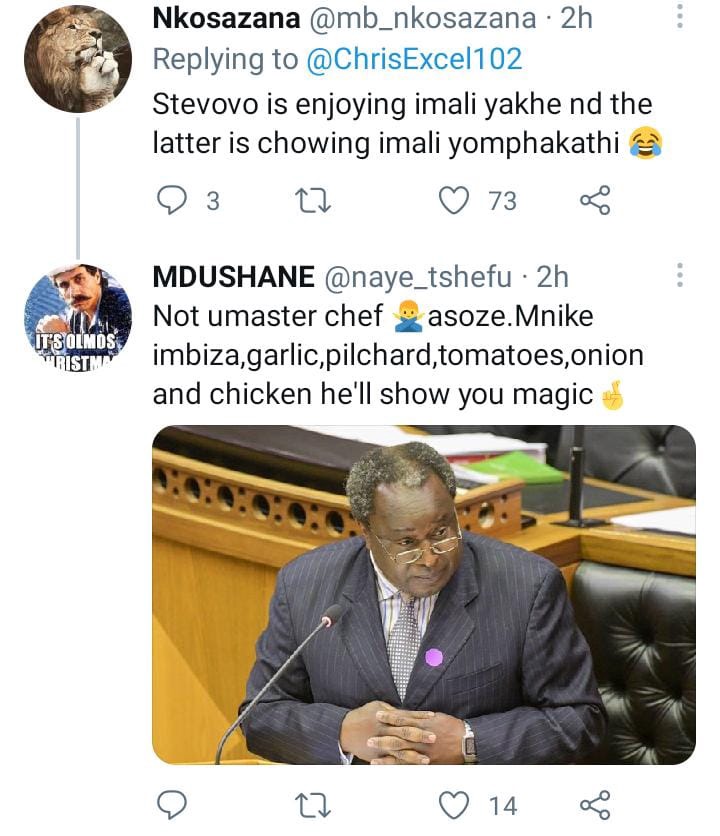 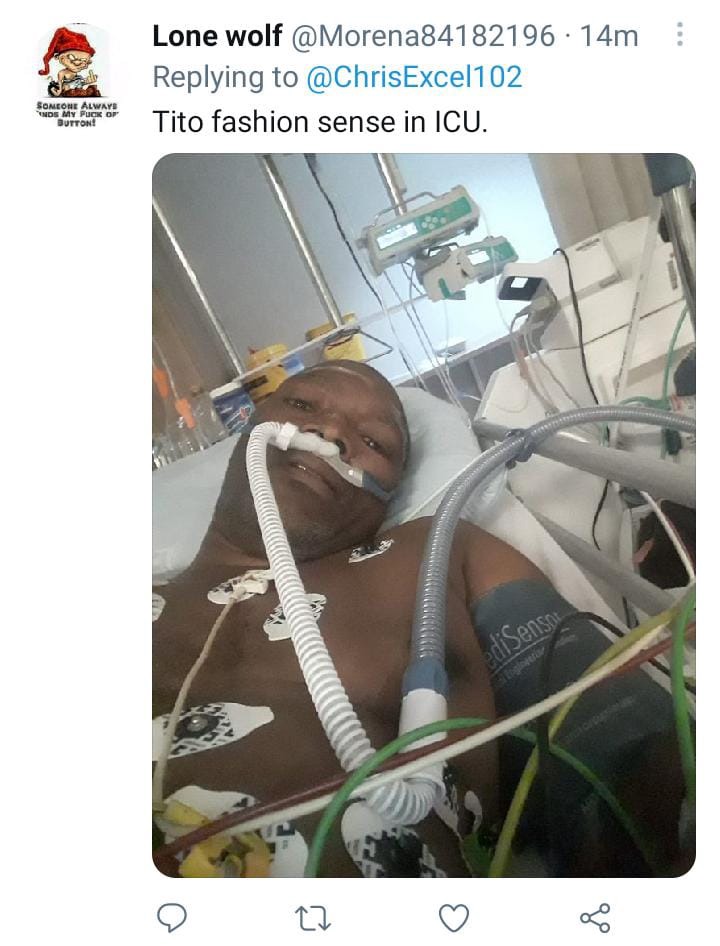 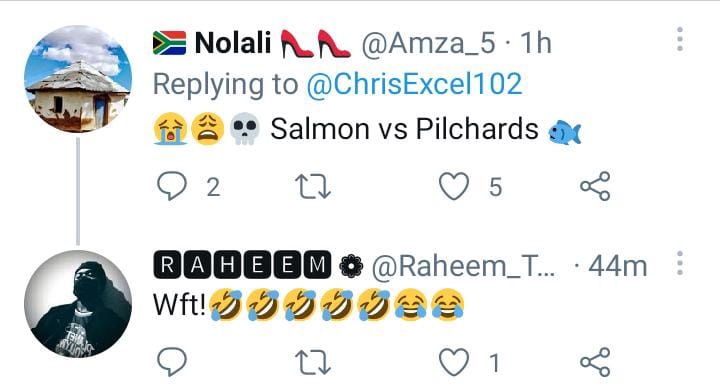