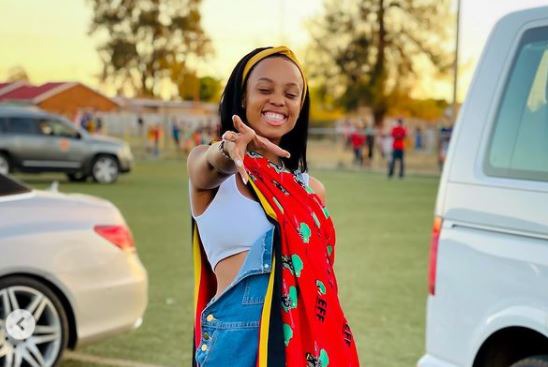 Even those who aren't supporters of the EFF or Julius Malema can't deny that the EFF rallies have a vibe owing to Malema's youth team, and the latest video of them dancing will have many believing December has come. Malema has engaged the help of actress Ntando Dumo, actor Cornet 'T'bose' Mamabolo of Skeem Saam fame, and reality personality Uncle Vinny, among others, to make his rallies feel like celebrations not to be missed. The team has been accompanying Malema as he attends rallies around South Africa in preparation for the forthcoming municipal elections. Taking a break from politics, the CIC led his "groove" squad in a dance to a popular amapiano track, and the audience went insane. 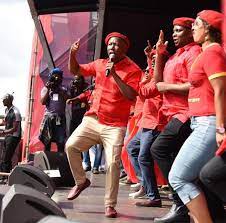 At EFF rallies, there is never a boring moment. If they aren't bringing the December spirit to the stage, Malema makes sure he has the audience in the palm of his hand with his frequently contentious statements.Malema promised EFF supporters during the Mpumalanga portion of his campaign last week that they could have up to ten children and the state would care for them.

In his opinion, today's young are indolent since their grandparents had up to ten children apiece without receiving social security benefits. He believes that "laziness" must end, and those young people must reproduce and compete in order to match their grandparents with a large number of offspring. Malema returned to his roots in Moletsi, Polokwane, last week to introduce councilor candidates to King Solly Moloto at the Bahlaloga royal residence. Moloto's blessings were bestowed onto the EFF president and his party ahead of the November 1 local government elections. Moloto was full of praise for Malema, adding the man he knew was not the "rabble-rouser" stereotype. Malema, according to Moloto, is a humble man who recognizes and appreciates his heritage — and the royal family.