Trending | Someone caused a stir on Twitter about Amadumbe

By News_Flash_Gordon (self media writer) | 1 year ago

A twitter user took to social media to ask people about what would they rather eat, Msonja or amadumbe but he caused a stir with his picture on frame 2. Nobody seemed to agree with his picture about the traditional meal called amadumbe. 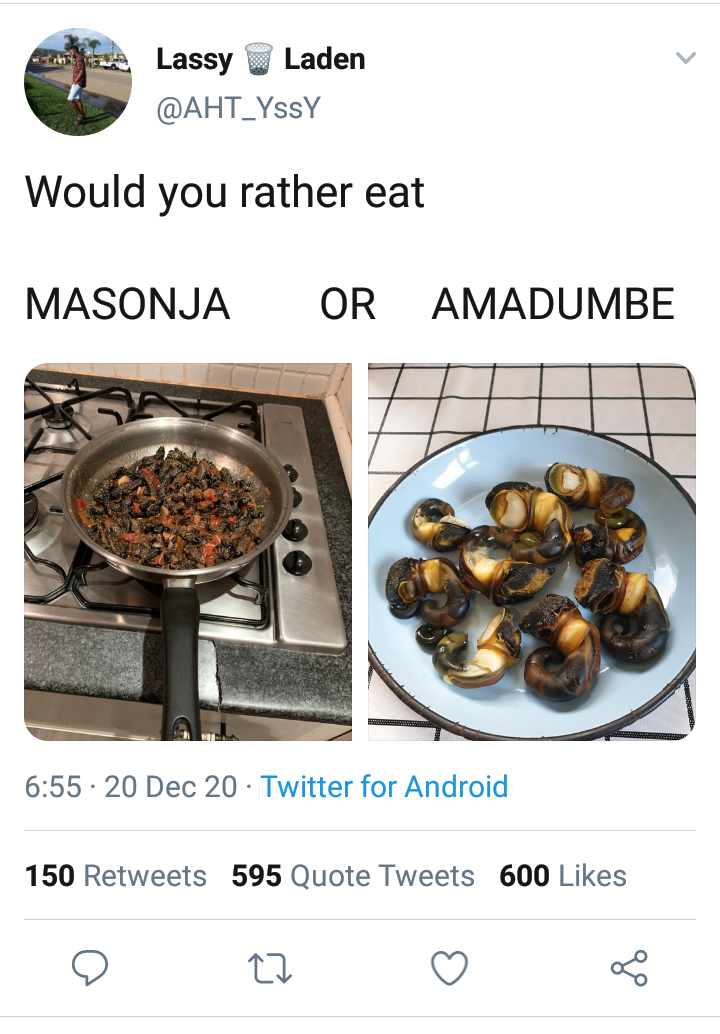 Amadumbe is a Colocasia esculenta but known as Taro in other parts of the world but in South Africa it is given that Zulu name. It comes from tropical regions and it is used as a vegetable and it taste like a sweet potato. 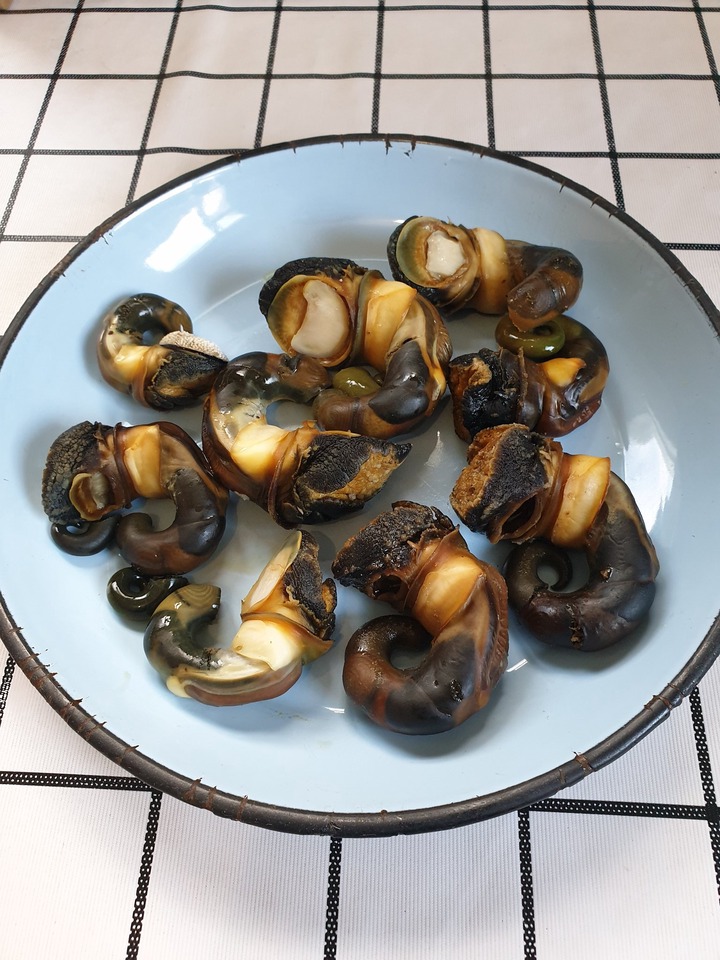 Many people on social media didn't agree with the person who posted the picture and one user disagreed with him by tweeting, "I thought so at first until someone sold frame 2 Amadumbe to me a week ago." You can see by people posts that he was leading people on a wrong path to disaster. They came in their numbers to disagree with this individual but one Twitter user took the opportunity to showcase his funny skills by tweeting, "Is this Amadumbe that is in Big Zulu song? So he wants to eat Amadumbe and have money? Obviously! He will save a lot of money if he justs eats Amadumbe" 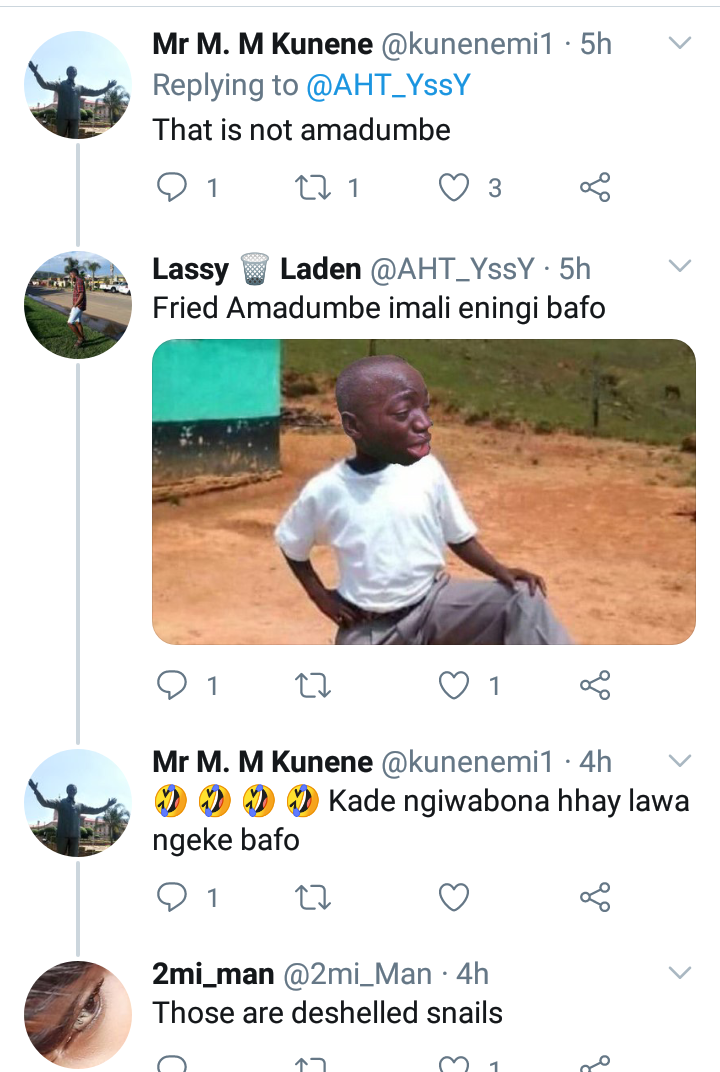 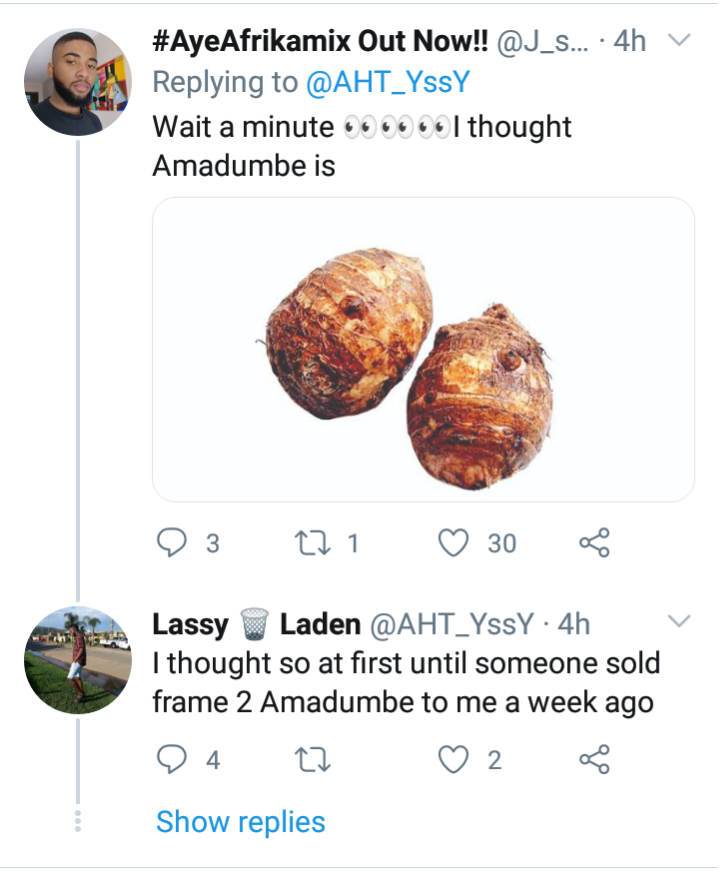 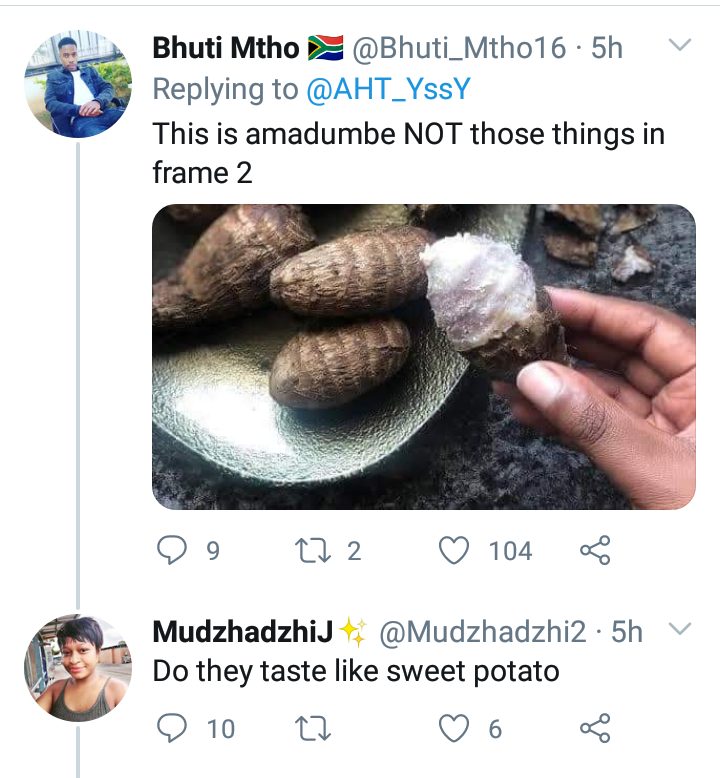 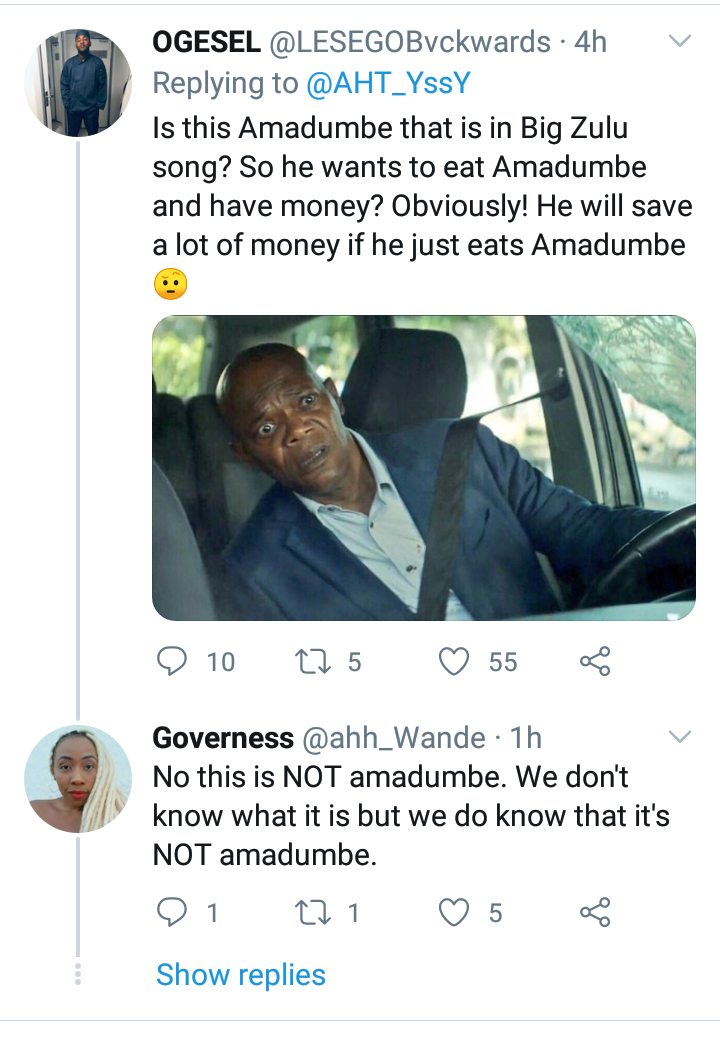