By Momo_Nono (self media writer) | 1 year ago

You do not necessarily have to be a a lover of football before you can know who Pitso Mosimane is in South Africa. The former football star and the current manager of Al Ahly SC in Egypt has attained celebrity status in South Africa.

Of course, it is the successes of his career that always gets almost all the attention, more than his family life with his wife, Moira Mosimane who has been with him for many years and has also offered him the support he needs through his successes over the years. 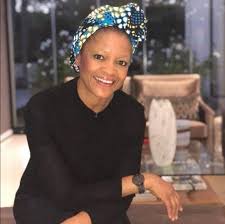 The couple is blessed with three kids, as well as great fortune which is evident in the things they own, including their lavish home in Johannesburg. 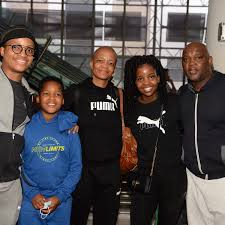 It is no secret that the beautiful couple has been together for many years, although there have been no accurate information about the exact year they got married. Nonetheless, judging by the fact that they have grown-up children, one can safely say they have been married for a longtime now. 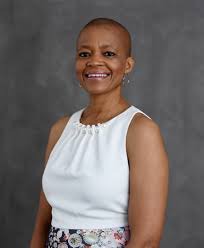 Now, let's take in look in Pitso Mosimane's wife and let us teach you a few interesting facts that you might have not heard before about Moira Mosimane.

Moira Mosimane is a businesswoman apart from being the agent of her husband. She is also famous as Moira Tlhagale, she is a quantity surveyor by profession, as well as a registered construction project manager.

Moira is a graduate of the University of Cape Town from where she obtained a B.Sc Honours Degree in quantity surveying, as well as Peninsula Technikon from where she got a National Diploma in building surveying. She is the brain behind TMTJ Consulting, which she solely owns.

In 2010, when the country hosted the FIFA World Cup, she was part of the local organising committee of the South Africa Technical Team. Her role was to see to the competition of the ten stadiums used for the tournament as part of the oversight project management.

Moira and Pitso Mosimane are much more than just man and wife, they are also business partners of some sort as Moira is the legendary manager's agent. It is no secret that she has been instrumental in negotiating his historic move to Al Ahly.

Before the deal, Moira had in May 2020, negotiated a four year contract with Mamelodi Sundowns which was to see Pitso Mosimane remain with the team until 2024. However, months later she pulled another deal that was said to be worth R50-million annually for the two seasons with Al Ahly. 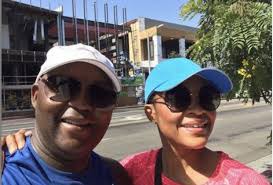 Surprising: Skeem Saam Actress Was Pregnant, And She Is Now A New Mommy

Immediately you see yourself flying in the dream, this is what it means

Generations the legacy stars spend the day in Katlehong today as part of charity. Learners had fun.