King Monada: check out an in-depth of personal life in detail 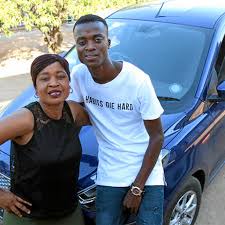 King Monada is a sensational South African artist known for his amazing vocals and creative composition skills. Also, as a professional record producer in South Africa, he is famously referred to as The King of Bolobedu music.

His Bolobedu singles and collaborations have gone viral both in Africa and international music charts.

King Monada is one of the most successful South African artists that have taken the South African Bolobedu sound to international platforms. His unique vocals and music style have earned him numerous musical awards and respect. Read a long to discover more interesting facts about the fast rising artist.

King Monada real is Khutso Steven Kgatle. With his origin based at Mokgolobotho village, the artist was born and raised in garden town of Tzaneen, Limpopo. The Tzaneen artist was born on the 25th of November 1992.

The king of Bolobedu was raised in a family consisting of five siblings. His mother is named Thandi Matlala, while his father is named Elvis Kgatla, as the middle child, he has two siblings following him while his older siblings are Michael and Lucky.

Many people wonder "who is King Monada married to?". The Bolobedu singer is married to Lerato Ramawela. He is a proud father of three children.

As a young boy, he pursued his primary education at the Sebone primary school. He later managed to join high school he was a student at Magoza high school. Even as a teenager, his love for music had started to manifest. As a result, King Monada did not finish his 8th grade as he dropped out to follow his passion for music.

After dropping from high school due to the lack of adequate funds, he ventured into music composition. This was back in 2005, where he did both music and dancing.