Meet Mariam Nabatanzi, the 40-Year-Old Woman Who Has Given Birth to 44 Children

By MonaNews (self media writer) | 6 months ago

Known as Mama Uganda in her tribe, Mariam Nabatanzi informed an explorer that she was married off at a young age. 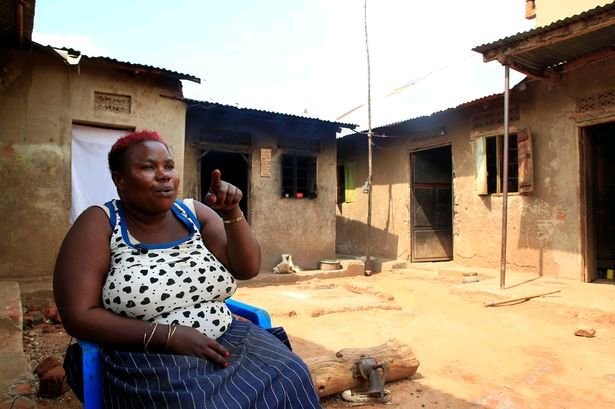 Mama Uganda is a 40-year-old lady who has given birth to 44 children.

Despite the fact that she is single and has never been married, Ugandan-born Mariam Nabatanzi, dubbed Mama Uganda, has become well-known for her prodigious procreation.

A woman known in her community as Mama Uganda informed an explorer, Joe Hattab, that she was married off at a young age.

It was at the age of 13 that she gave birth to her first child, according to her recollections.

Mama Uganda told the documentary filmmaker that her husband left them and took all the money they had, leaving her as a single mother.

Mama Uganda has been paying the bills for her remaining 38 children, six of whom have passed away, since her husband died. All of the single mother's children have been enrolled in school.

According to her, she gave birth to all of her children without difficulty.

That Mama Uganda's surviving children include 22 males and 16 girls was confirmed by the documentary. She claimed that a doctor had told her that she is an exceptionally fortunate and fertile woman.

In addition to Mama Uganda's single delivery, the documentary filmmaker confirmed that she had four sets of twins, five sets of triplets, and five sets of quadruplets. She's believed to have used a variety of family planning methods to prevent pregnancy, but none of them succeeded.

As a result of her fertility, Mama Uganda has been dubbed "fortunate" and "blessed."

The youngest of Mama Uganda's children is only four years old.

Twice As Bold: The twins fight over their quest to find one husband to share

The Mseleku ladies in their traditional attires. Who wore it bests?

In Case you Missed it | Brave Daughter dates her Moms Husband.