By KgaogeloEntertainment (self media writer) | 9 days ago

Somizi Buyani Mhlongo (born 23 December 1972) is a South African media personality, television presenter, actor and choreographer. In 1992, he appeared on the musical and political film, Sarafina! which gained him prominence. Mhlongo became lead choreographer for numerous shows and events, including the opening and closing ceremonies for the 2010 FIFA World Cup and 2013 Africa Cup of Nations. After starring and taking part in the choreography of Sarafina!, Mhlongo also appeared in several films including drama film Cry, the Beloved Country (1995) as well as various television shows, including Idols South Africa and V Entertainment. 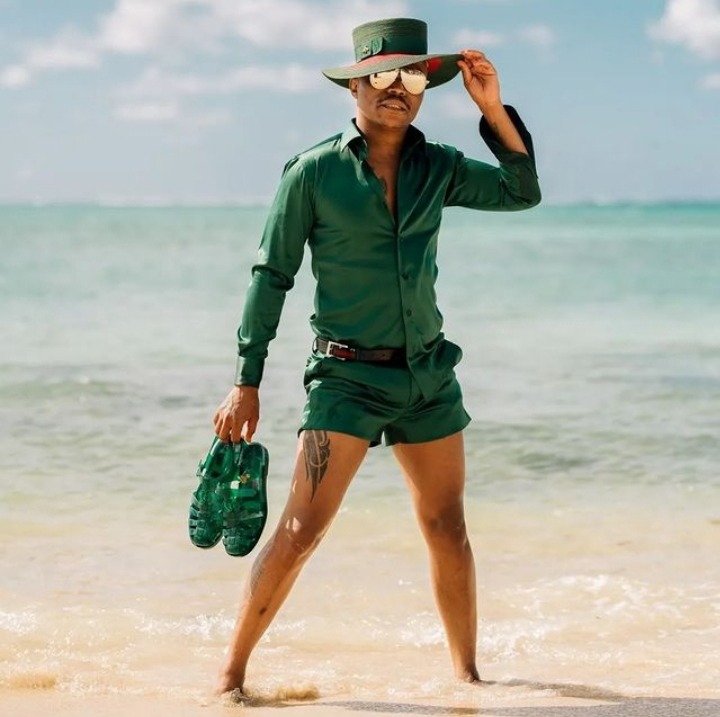 Sometimes when we look at celebrities looking good and all we think they just got there over night not knowing that for some people to be where they are today they had to work hard. And this is a reminder that in life you need to work hard. And Somizi is a good example that you can't stay the way you forever though people are still making fun of him even after he worked so hard to be where he is today. 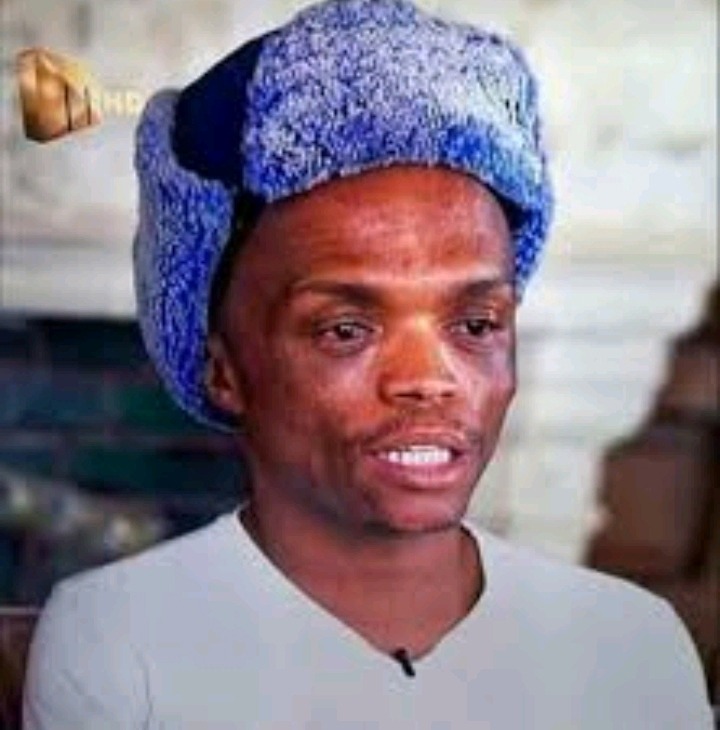 And one thing about people on social media they are good at reminding people who they were before they became who they are today, they will bring out an old pic and when you look at that picture you can see that this person comes along way.

Like now a picture of Somizi was shared on social media by Musa Khawula with the caption I wish you all could give Sarafina the respect he deserves from ashes to beauty. 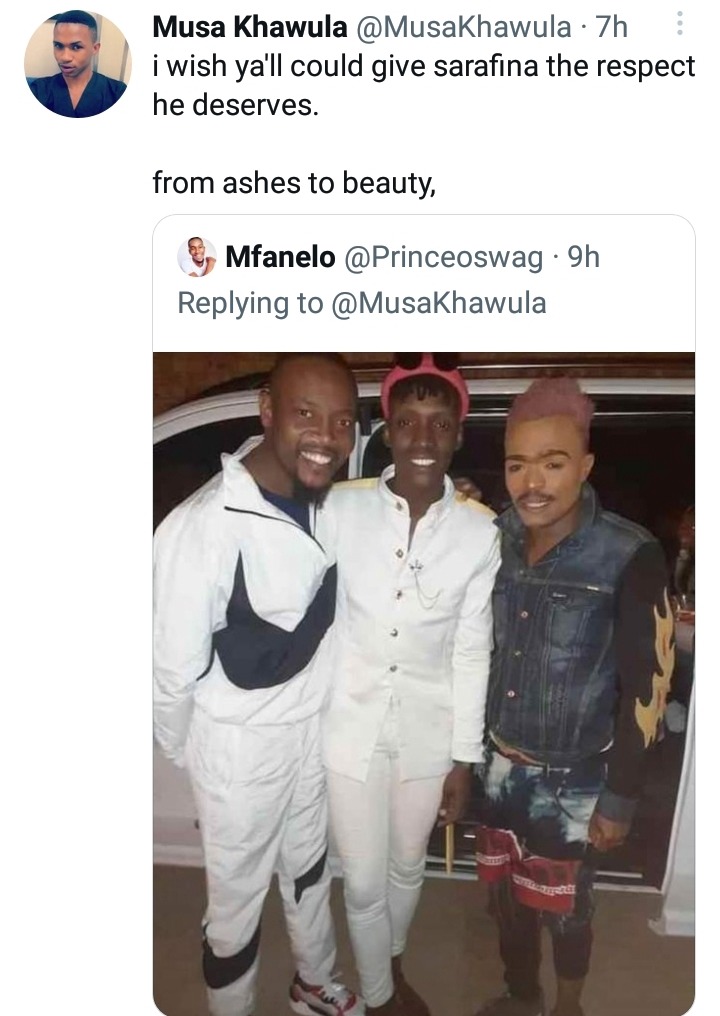 I guess it's the make-up he used, that is why someone even said that on this picture he didn't have a make-up artist. That is why we say money is good, though some people were making fun of him but he made it in life and he did well for himself. Some of these people who are making fun of him will never be like him. But they might stay like that because the only thing they good at is make fun of other people. 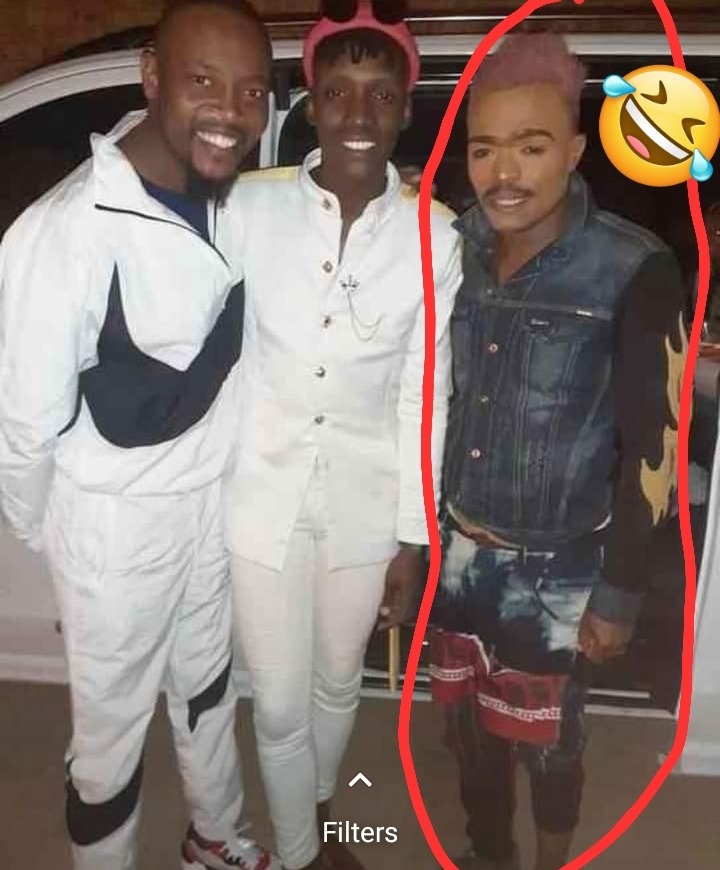