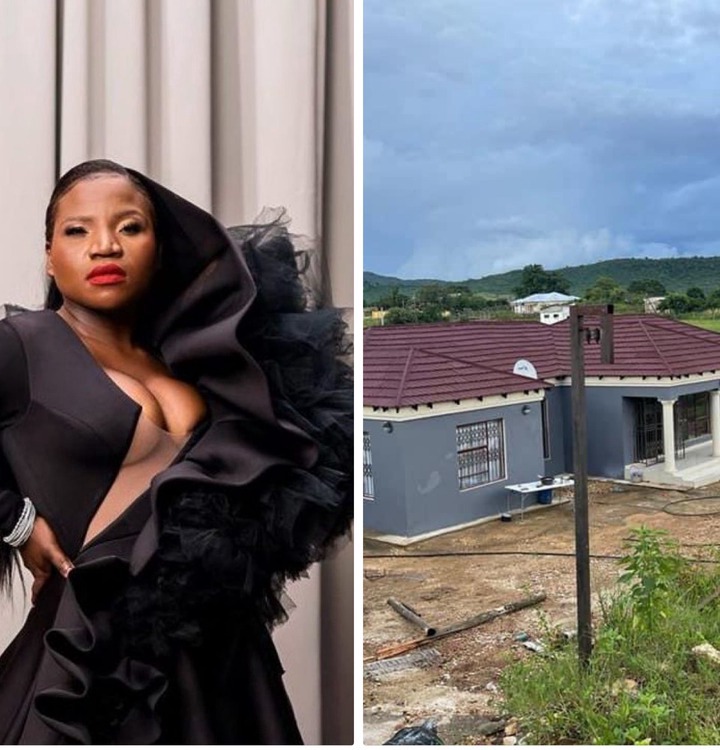 Hearing about women who use their musical talents to develop great businesses and make waves in Africa is always inspiring. One of these amazing women is Makhadzi, also known as Ndivhudzannyi Ralivhona. This lively woman has come a long way from being a nobody to having luxurious cars and homes. Makhadzi's net worth has risen steadily since her rise to stardom.

The South African singer was born on June 30, 1996, in Ha-Musina, Limpopo, and is noted for her outstanding dance routines. She has always felt compelled to speak up for herself because she comes from a disadvantaged family and grew up with her mother. She never let anyone discourage her or put her down. Makhadzi has overcome adversity, and it's incredible to see how far her dedication, talent, and tenacity have taken her.

Makhadzi’s Music Career Contributed To Her Huge Net Worth

Despite not being as wealthy as many other Limpopo female musicians, the singer has acquired a fortune. Makhadzi's net worth is expected to be between $1 million and $5 million in 2021. She has made money from gigs, song royalties, and endorsements, and she invests it in one of her loves. It's incredible to learn that the young singer is a sucker for high-end automobiles and that she never hides it. She is regularly photographed with autos, and she has collected quite a collection.

Makhadzi spends a lot of her hard-earned money on automobiles, which is why the first one she purchased with it was stolen. Makhadzi's excellent fortune has allowed her to follow her enthusiasm for cars, and one of her other 2018 acquisitions was an Audi A4. The automobile is said to have been presented as a gift from Audi Polokwane.

The singer got a new Audi A4 2018 after her old Audi A4 was wrecked in an accident in December 2018. Following her divorce from her ex-manager, Rita Dee, Makhadzi purchased a Mercedes-Benz A-Class 2020.

Misconception About Makhadzi Buying A Maserati

Makhadzi's net worth is unclear, although her fans have a lot of assumptions about her. Makhadzi, a vehicle and photography lover, rose to prominence in early 2020 after publishing an Instagram snap that went viral and prompted debate among her followers.

Her supporters imagined she had recently purchased a new car because she was spotted in front of a high-end Maserati. Ecstatic fans of the Queen of Limpopo dance music began to repost and write congratulatory emails to her. Given a Maserati's high value, the vast majority of her fans were clearly ecstatic.

She became the talk of the town, and many young females began to see her as a model, because of her ability to rise from obscurity to superstar status without letting her surroundings or circumstances to stifle her goals. Her social media sites were gaining in popularity, and there was still a lot of buzz surrounding them. Inspiration could be found everywhere for how a woman from a poor background had lately spent R2.6 million on an automobile.

The audience's pleasure turned to surprise when Talifhani, her brand manager, contradicted the idea by telling the audience that the car was not hers and that she had just taken a photo with it. Ironically, the true owner of the car was never located.

A Look At The Place She Calls Home 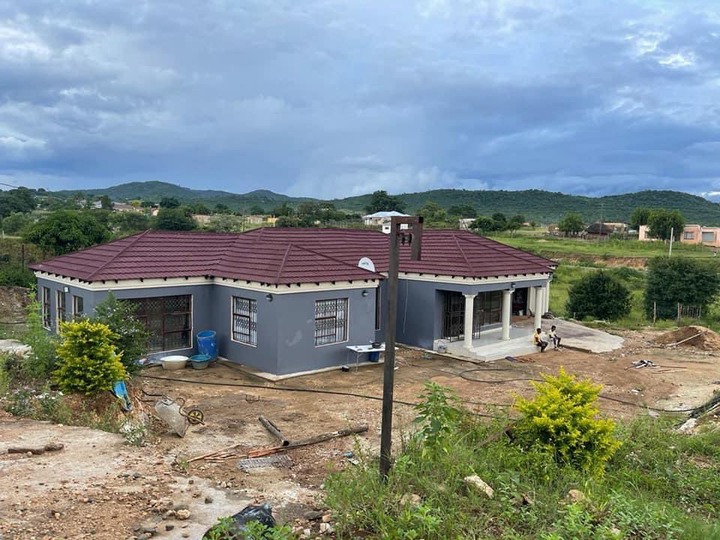 Makhadzi's considerable personal riches has also enabled her to construct a residence. She added that she chose to create the beautiful mansion for her mother after seeing photos of it on social media.

As the oldest child of divorced parents, she saw it as her responsibility to provide a home for the mother who had invested so much in her. Makhadzi finished the building in her province in February 2021. The house's construction began in 2019 and will be completed in February 2021. Since then, her gorgeous mansion, painted in ash and cream, has served as her exclusive abode. Makhadzi says her mother gave her the mansion as a thank-you gift for raising her alone after her father's divorce.

Makhadzi's current residence is unknown to the wider public, whether she lives in the same building as her family or in a home she built or rented.

She Has Been Involved In A Few Controversies

Makhadzi has been embroiled in a number of squabbles. Since Becoming A Star, she's been involved in a few controversies. She enjoys talking about her troubles on social media. She believes that while shouting on social media won't solve her condition, it would help her recover.

The Kia-Picanto Squabble According to speculations, Makhadzi's first car, a Kia Picanto, was purchased in the name of her previous manager, Rita Dee. She claims that the car was purchased under her manager's name and that she was the one who paid for it. The agreement stated that after the payment was completed, ownership of the car would be transferred. Her ex-manager, however, refused to honor her contract once she had made the money. Before she could take control of the Kia-Picanto, Rita demanded that Makhadzi repair her own Audi, which she had crashed.

How Makhadzi Lost Her Money

Makhadzi's Economic Loss Makhadzi claims to have lost a significant amount of money despite her good fortune. Makhadzi said that her previous boss was robbing her. She was irritated since she appeared to work for her boss the entire time they were together without receiving anything in return.

She went on to say that she trusted her previous manager so much that she requested her to claim her money from iTunes, and that she had never tried to calculate how much money she was making from her music. The manager began to ignore her calls after they had a falling out and she demanded her money.

Makhadzi struggled with whether or not to tell the story to the general public. Rita Dee's fans retaliated by starting a social media campaign with the hashtag #RitaDeeMustFall against her.

Rita Dee has filed a defamation of character action against Makhadzi in her defense. Makhadzi is no longer obligated to her, she claims. Matorokisi and Riya Venda, two of Makhadzi's songs that received over 18 million views on YouTube before being taken down, were also taken down. She stated that Youtube never paid her for the views and that she was unwilling to repay the money she never received or spent. Makhadzi allegedly struck a direct distribution contract with Open Mic for her record, causing her to end their relationship.

Apart from the attempted character assassination, Rita's lawyer voiced concern for her safety after learning that Makhadzi's fans are threatening to attack her.

Makhadzi's Inspiring Story: From Street Dancing to Number One Hits At the age of 12, the Queen of Limpopo Dance Music, as she is lovingly known by her fans, began singing on the streets with a small following of five people, which has since grown to millions. She began her career as a street dancer with the Makirikiri group in 2010 before pursuing music professionally. When she first started, she was known for giving away free performances on weekends.

She persevered and never gave up on her dream of being a musician, despite a tough start and rejections from television and radio stations. As a consequence of her "never-say-die" attitude and hard work, she became well-known on the street and her music was well-liked by the majority of the people in her neighborhood.

Fortunately, fortune smiled on her in the form of the well-known Limpopo wedding songs music genre, allowing her to enter into the industry. She began singing at weddings all around Limpopo while still in high school, swiftly becoming a local celebrity.

Tashanda Vhuya, a song she wrote in 2017, pushed her to national acclaim. Since then, she's collaborated with some of the biggest stars in the music world. The success of Riya Venda's collaboration with DJ Tira secured her place in the spotlight. At the Limpopo Music Awards in 2017, she earned an award for her song "Yo shoma," which was dubbed the finest Tshivenda hit of the year.

Makhadzi's debut album, Kokovha (Crawl), was released in 2020. The song went on to become one of her most popular. Due to the success of chart-topping singles such as Tshikwama, Amadoda, Mphemphe, and Kokovha, it debuted at number one on the iTunes albums charts.

12 members of Robbers in Pretoria one was shot dead