Remember Backstage actors who died young? They still get tributes even today

Ever wondered where these actors and actresses would be if their lives were not cut short too soon. Marubini Mogale; Precious Simelane; Antonio Summerton and Sibusiso Radebe. Toss in Lebo Mathosa who had a cameo role in Backstage. 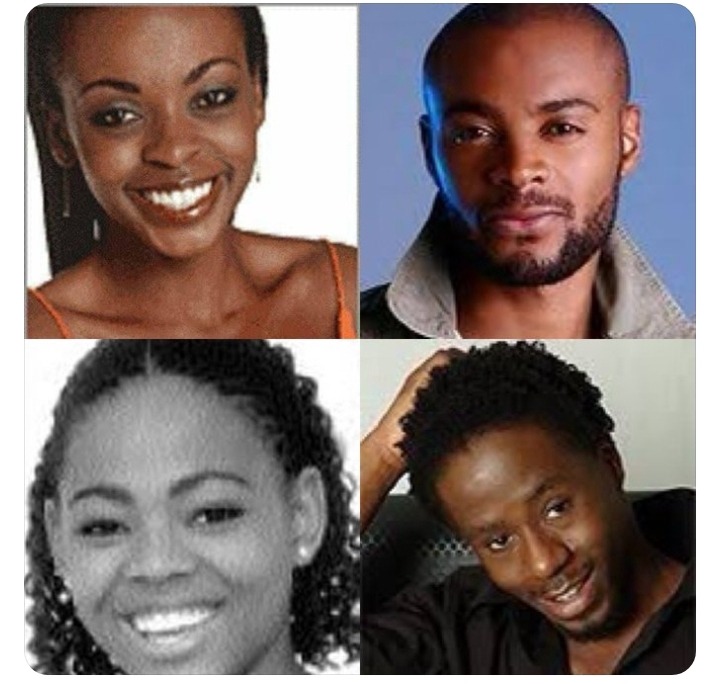 Backstage was the Skeemsam of the time. Though many characters from Backstage have moved on to bigger and better things. Backstage used to be a popular show of the late 90s and early ought oughts. Rumoured to have had upwards of 500 000 viewers.

Tributes are always circulating and pouring in; on social networks; many people lamenting about the loss of these trailblazers. 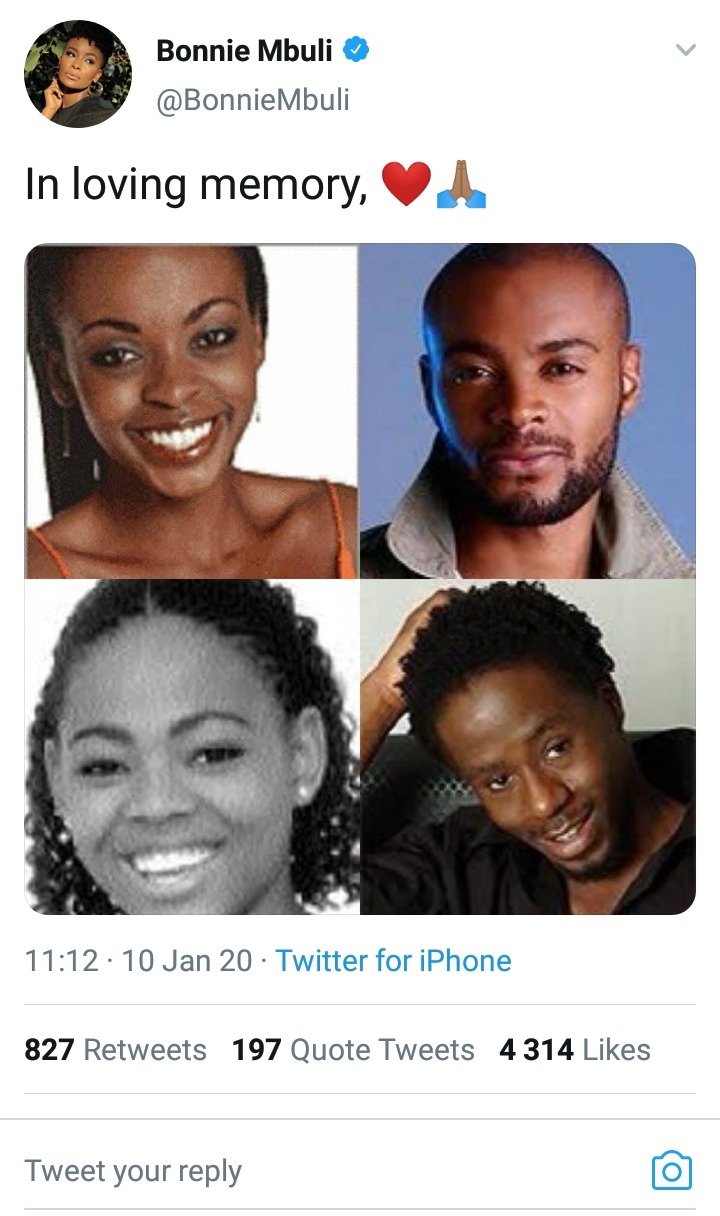 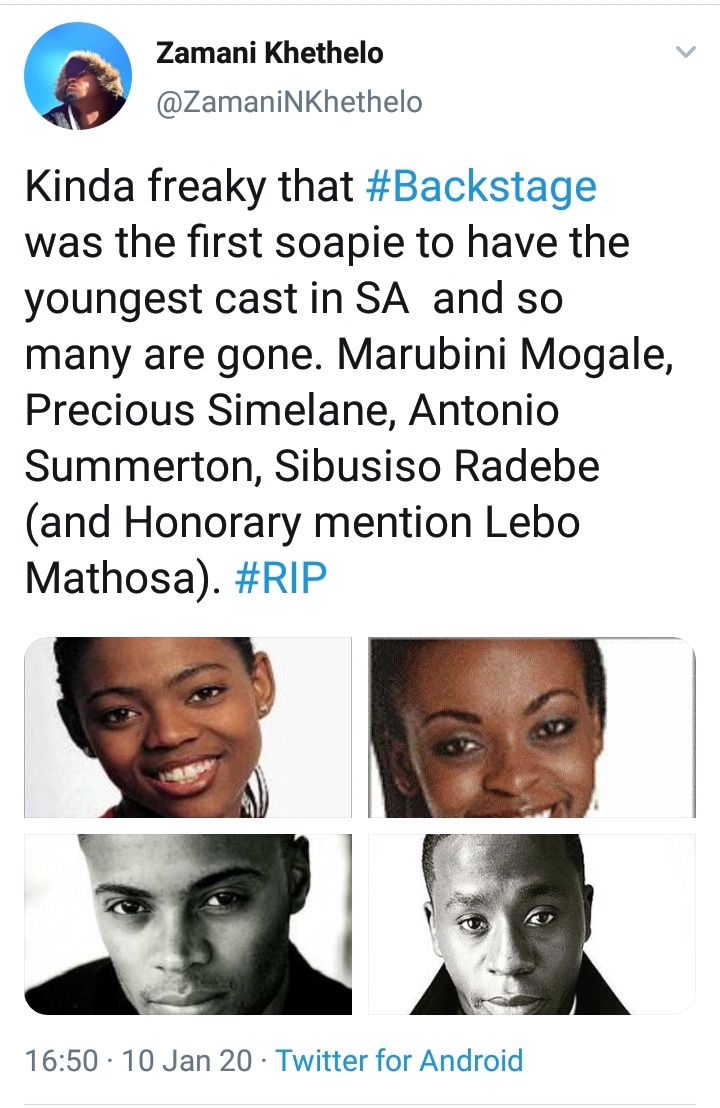 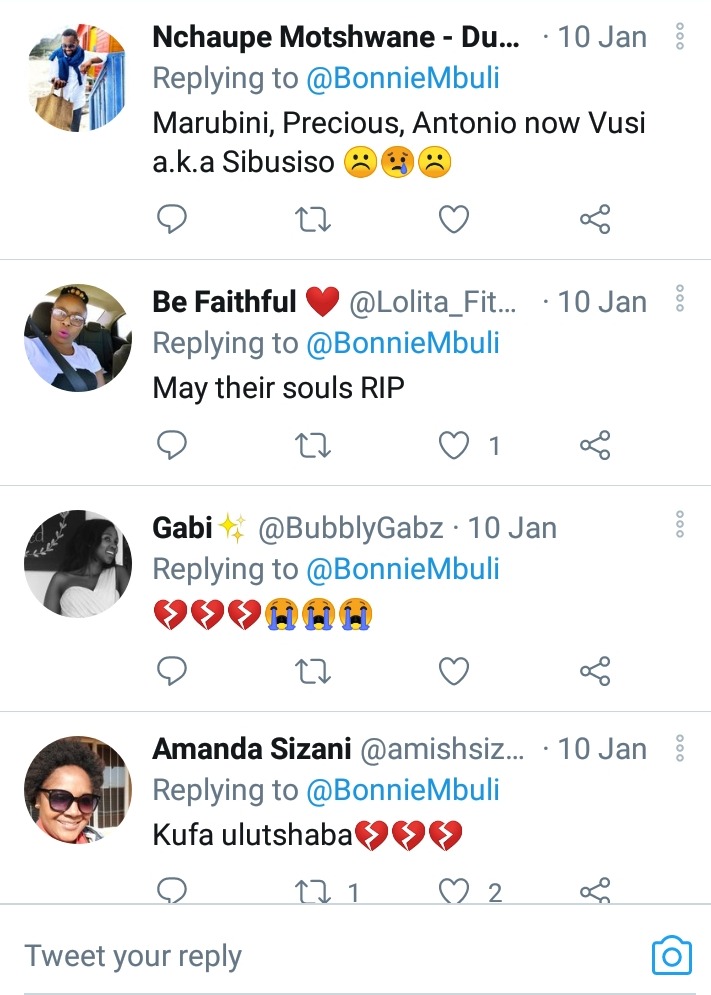 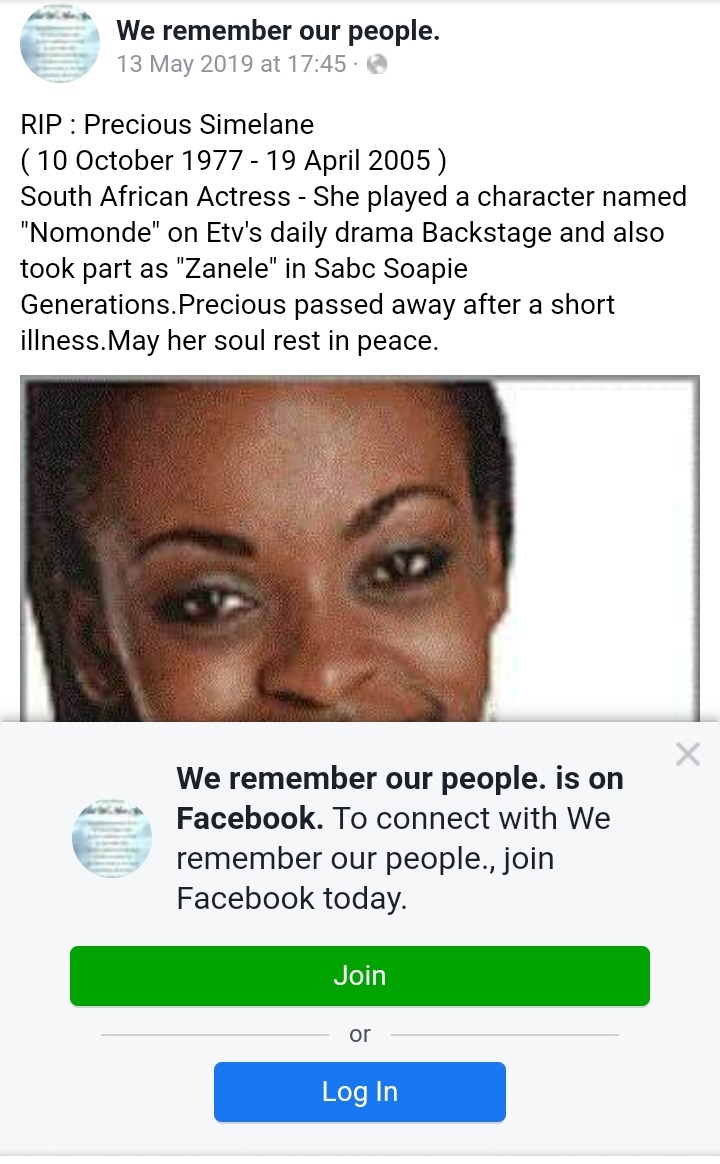 It all started when Marubini Mogale who played the role of Irene in Backstage died tragically through a car accident. She was a real-life girlfriend of Clint Brink; also a Backstage cast member at the time; Brink; was rumoured to have been planning to propose to her; had she not met with the accident. 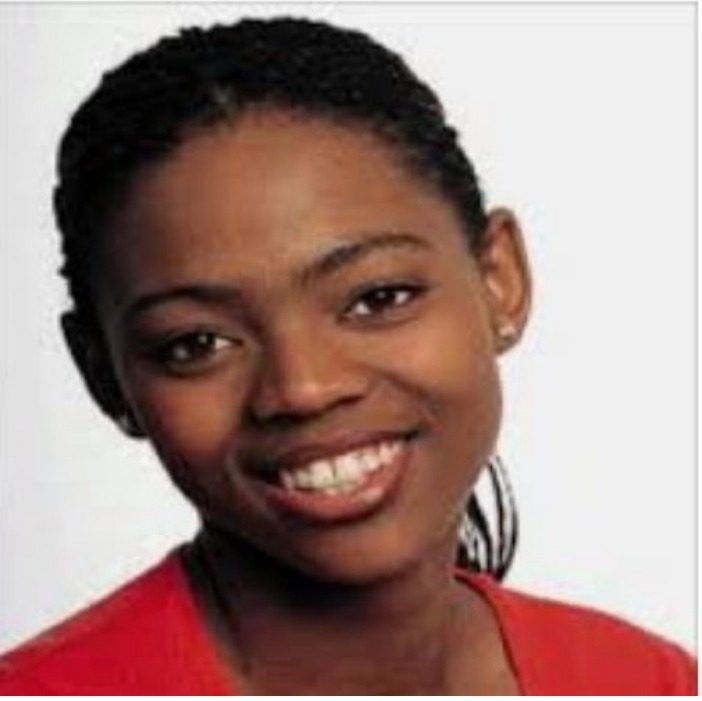 Marubini passed on while still at Backstage back in 2002 when a car she was travelling in with her sister Lerato and Brink overturned.

Her early death was shocking and devastating because she was still very young at only 21 years old. She still had her whole life ahead of her. This was her first role. 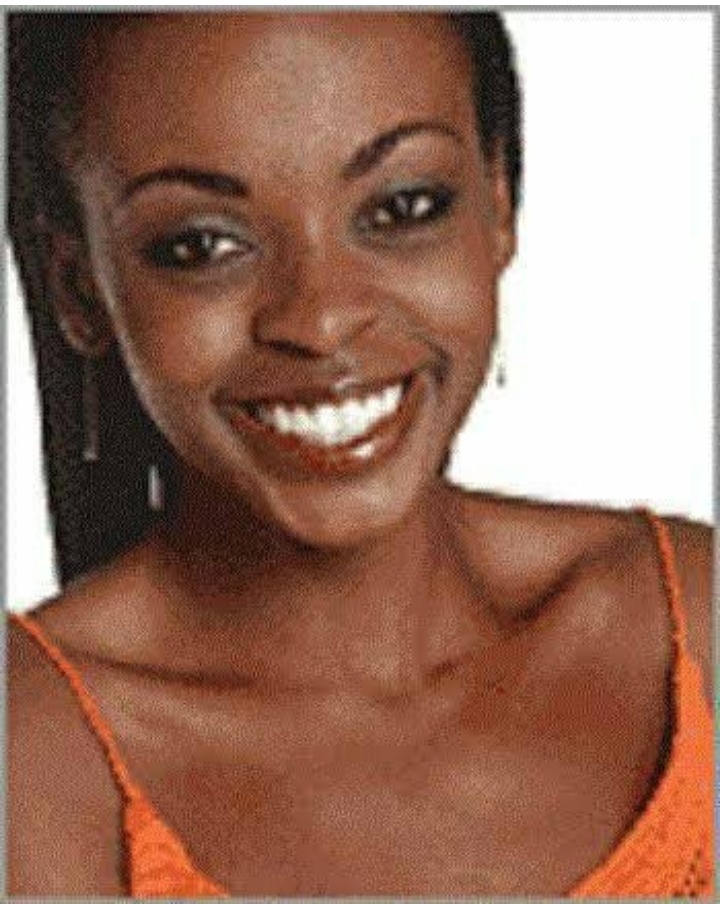 Next was Precious Simelane who died in 2005 after a short illness. She was rumoured to have asked her Pastor to come and pray for her. While the Rhema men of the cloth were deliberating about protocol; she quietly passed on. She played a role of Nomonde in Backstage.

Unlike Mogale she had acted in the now defunct Generations in a role called Zanele; as a villainess who stepped on everybody's toes. A role she had said was nothing like her in real life.

Before we get to the next actor; let's go to Lebo Mathosa a songwriter and musician of note; who had started out in the band BoomShaka. Lebo had a cameo role in Backstage. She passed on in 2004 in a car accident. 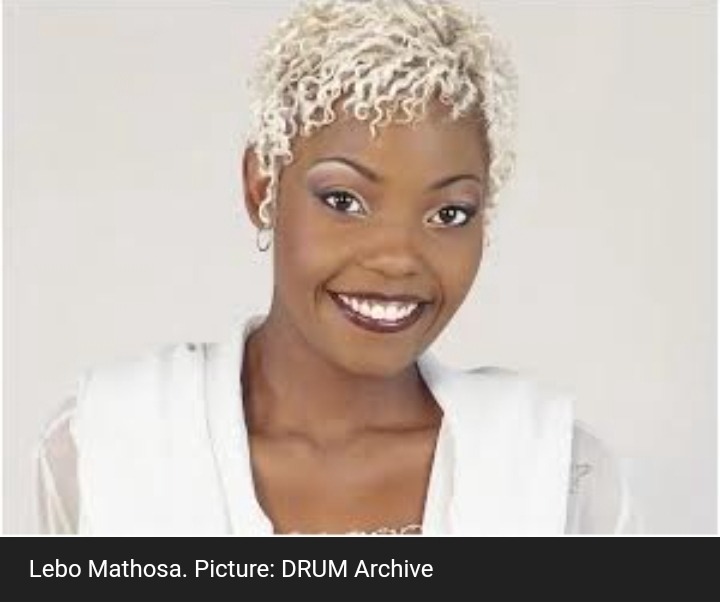 2007 saw the passing of Antonio Summerton. He was at the time acting in 7de Laan. He was 27 when he had a motorcycle accident in Roodepoort. Summerton was a Stellenbosch University Alumni. 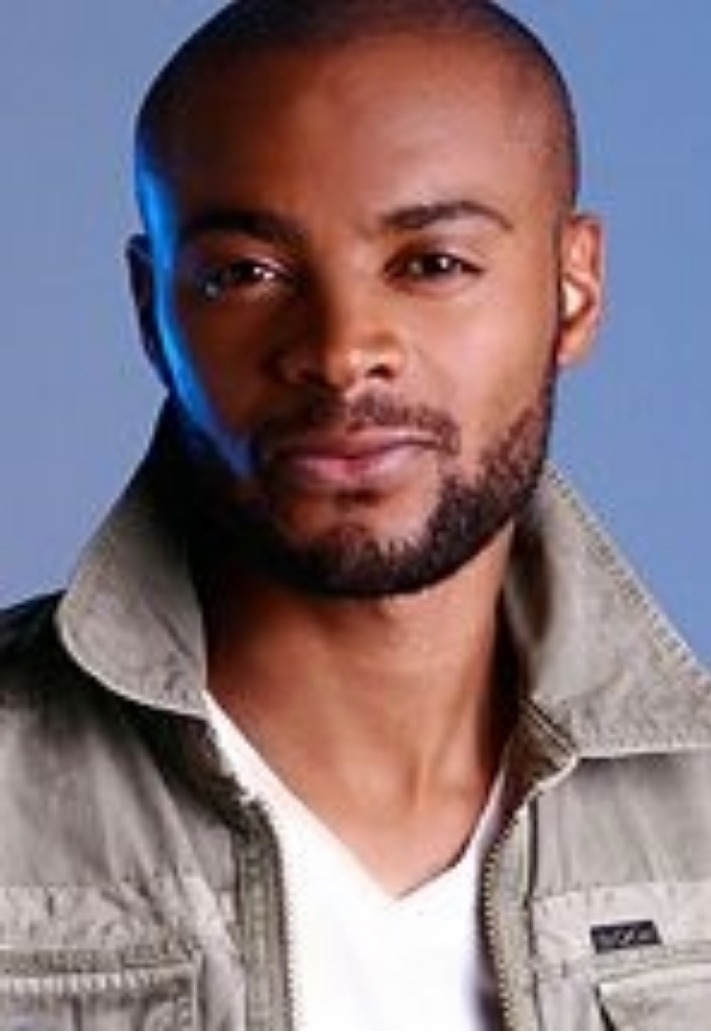 Summerton was a seasoned actor who had acted in many roles after Backstage. He was in Villa Rosa; a Kyknet production. He had worked in international films Human Cargo and Red Dust, Darrell Roodt's Lullaby and Starship Troopers.

Last but not least came Sibusiso Radebe's passing; popularly known as Vusi; a name that became hard to shake off after acting in Backstage.

Sibusiso was diagnosed with cancer in 2018 and passed on in January 2020. He left everyone shocked as he had been thought to be in remission after undergoing chemotherapy in 2019. 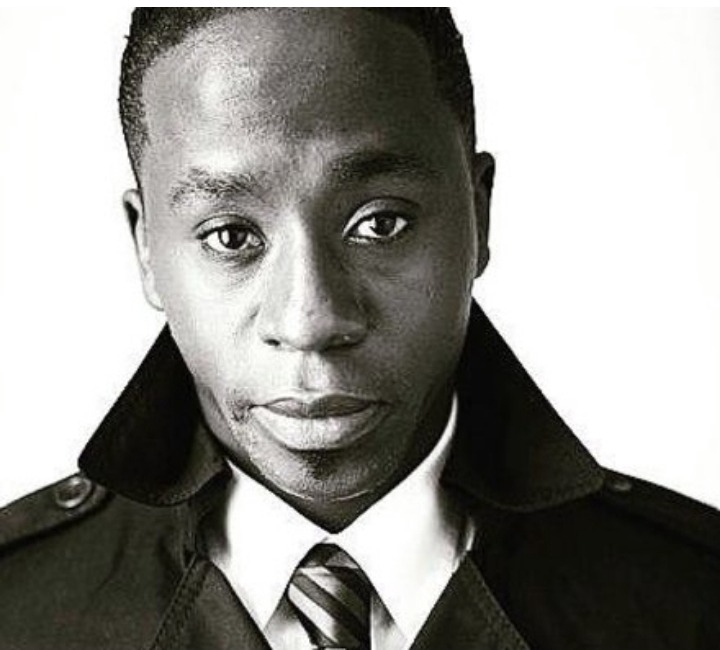 Sibu was a childstar who had started at Kideo; X-Attitude; and then Backstage. His thespian career propelled him to dancing on world stages. He still had plans to return overseas to study.