Mzansi are you not missing out? Orlando Pirates player Thembinkosi Lorch confirmed that he is single 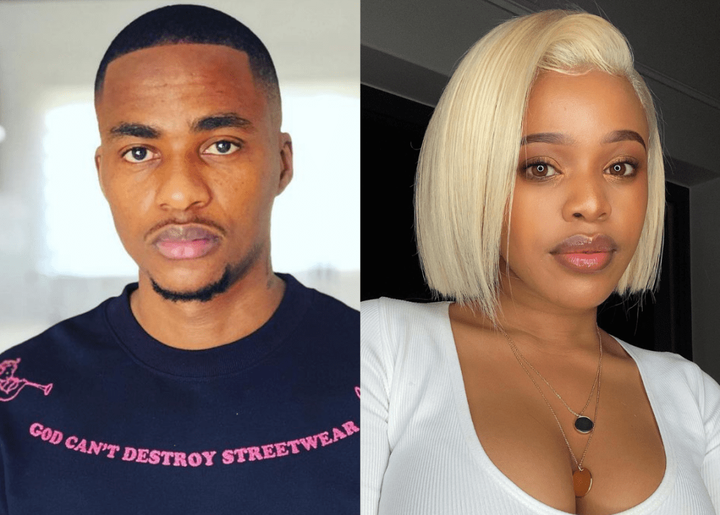 If there's a topic which has been extremely hooot like a heartor it has been about Orlando Pirates' star Thembinkosi Lorch with Natasha Thahane on their relationship.

If it wasn't of the “Twitter Police” that found out that the two went on “baecation” together in Zanzibar. May we were not going to know that Lorch and Natasha Thahane were in a relationship. Although, it seemed they have been on and off.

After playing hide and seek with Mzansi giving hints of their on and off relationship, Lorch has finally confirmed he is a single man while on his Instagram live session.

Thembinkosi Lorch’s followers were asking him about his now ex-girlfriend, actress Natasha over an Instagram live session . Lorch responded swiftly saying that he is single.

“I am looking for someone to marry me,” he continued.

His followers were surprised by his remark and expressed their thoughts in the comments section of the live video.

Lorch then repeated he was single to his followers after they expressed their disbelief.

However, earlier this month the two posted cryptic Instagram stories as they hinted their followers as they were having troubles in their relationship. To further fueling speculation the pair also unfollowed each other on Instagram. Back in August the pair removed each other’s pictures from their Instagram accounts which led to Tweeps thinking they had broken up.

The young couple had the last laugh as they posted videos of their day together via their Instagram stories proving they’re still in play. However, the pair are still not following each other on Instagram which means Lorch may actually be telling the truth about his relationship status.

While Lorch is down and out for the season because of his injury, Natasha is gearing up for the release of Blood & Water on Netflix this Friday 24 September. Natasha plays the role of Wendy Dlamini on the South African drama series.