Mohale has secured an even bigger bag wow

By Scmactabula (self media writer) | 8 months ago 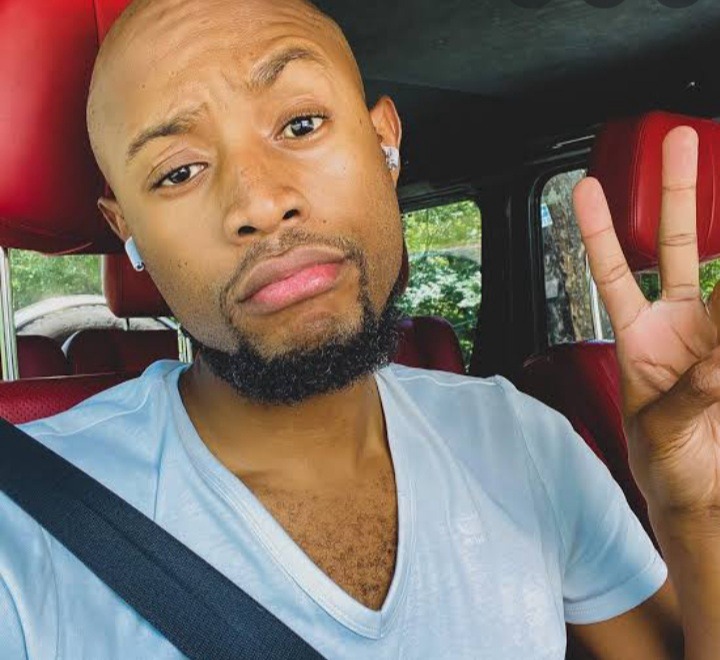 Somizi ex fiance Mohale made a shocking appearance recently on Mzansi Magic’s loved telenovela Rockville produced by the Fergusons.He plays the role of Zamani on show who is Sipho’s boyfriend played by comedian Trevor Gumbi.

He was so happy about his new role he had to share the exciting news on his Instagram page, Mohale said he enjoyed working with Gail Mabalane, Trevor Gumbi, and Wizeman Zitha just to mention a few. He then continued to thanke the Fergusons for the opportunity they gave him ,his now no longer in Somizis shadow.

His fans didn't waste time and congratulated him even thou some were very negative saying he used Somizi to get opportunities if it wasn't for Somgaga no one would have recognised him ,he got what he wanted so now his moving on which makes people question if it was true love or he just saw an opportunity and decided to grab it with both hands,but who would blame him most of us would have done so if given a chance.

Here are some reactions from Tweeter clearly people always have something to say. 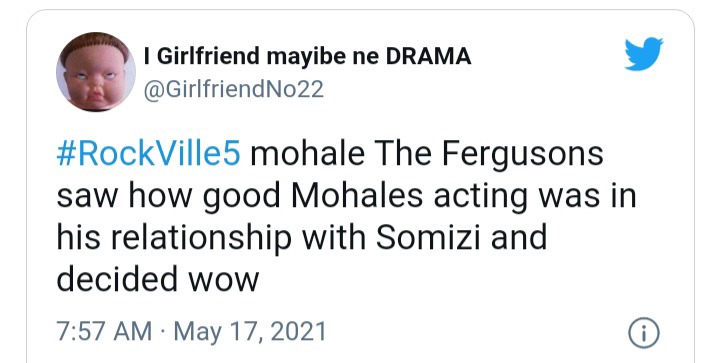 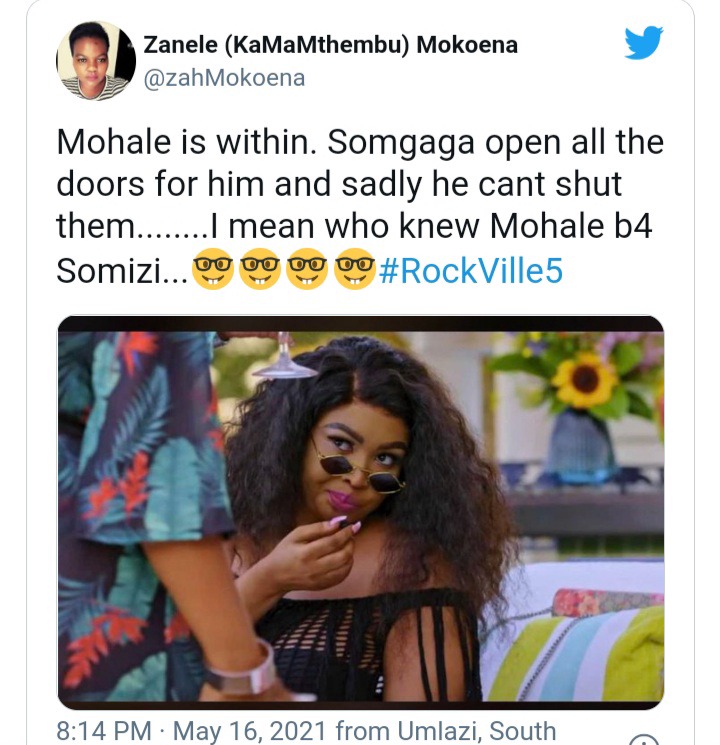 Mohale has been receiving a lot of online bullying following rumors around his marriage with his ex fiancee Somizi.Lots of people were calling him a cheater which the rumours later were confirmed to be not true by Somizi ,Tweets have gone as far as faking Mohale and Somizi tweets you know how people like to make drama out of everything.

He recently took to Twitter to address social media bullies. He posted a video of Bonang Matheba during her interview with Snazo and Samora on SABC1’s Real Goboza.

Mohale has also rubbished rumors that his marriage is on rocks when he was interviewed on Power FM. He said he and his husband are fine: "me and my husband Somizi Mhlongo Motaung, hmmm, We are fine, we are okay," he said. But clearly that was not true as they are going through a divorce he was trying to make the situation seem good.

Content created and supplied by: Scmactabula (via Opera News )