At one point in time, Natasha Thahane was arguably one of the most loved celebrities in South Africa. With her stunning looks, relation to popular Arch-bishop Desmond Tutu and acting skills its easy to see why South Africans have found it easy to adore the actress.

Natasha Thahane is a household name in South Africa. She started acting from a tender age and has recently been on Mzansi tv screens on popular telenovela, The Queen and the drama series Lockdown. She was also cast on the Netflix original Blood and Water and the sequel, Blood and Water 2. It is for such prominent roles that the local beauty has gained fame and fortune, needless to say her beauty is not a hindrance either. 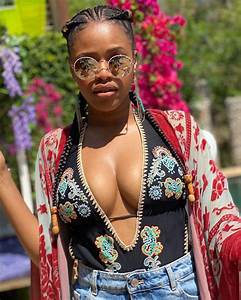 Her looks alone would have been enough to have Mzansi glued to their screens. However as fate would have it, she is also talented. Born in September 1995, the 26 year old made her debut as an actress on eKasi: Our stories. Her fame grew when she landed a role on popular SABC youth drama series Skeem Saam. From there her stock has continued to rise and she has established her self in the entertainment industry.

Her popularity seemed to soar even more when she briefly departed for America to further her acting credentials. As they say absence makes the heart grow fonder and that was truly the case for the beautiful Capetonian. Her departure from Mzansi shores meant her departing from popular Tv show The Queen, where she played fan favorite Amo, and this was met with immense heartache for her fans. Her brief return was indeed met with a reciprocating adulation from her long suffering fans. 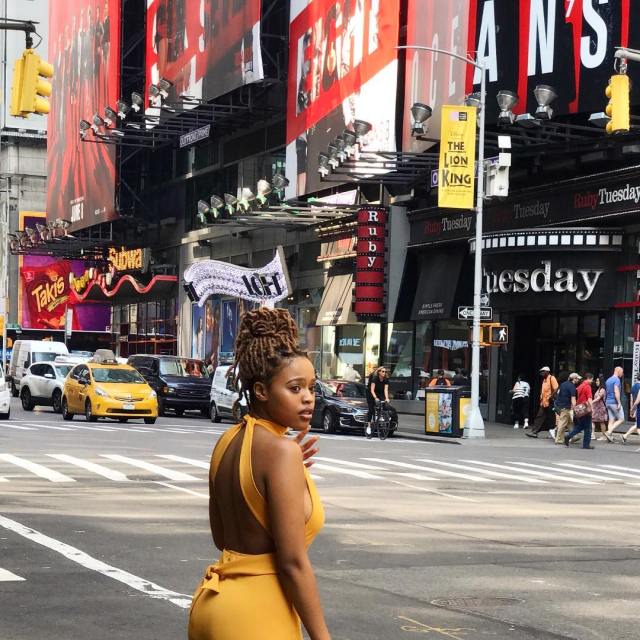 Natasha Thahane had a brief stay in New York perfecting her art.

Natasha, who was raised in Cape town is also, as if all else was not enough, the granddaughter of South African struggle stalwart Arch-bishop Desmond Tutu. Talk about fame generating genes.

Despite all these positives in Natasha's life however she has recently fallen out of favor with some South Africans. Initially it was her rumored romance with football star and Mzansi favorite Thembinkosi Lorch which made her a target of dislike from the public. Coincidentally or incidentally either way, Natasha's alleged relationship with the Orlando Pirates superstar came at a time when the footballer was having probably his worst form. Then came the injuries. Talk began to speculate that as a result of his affair with the gorgeous Natasha Thahane, Lorch had lost focus and had let his footballing career go out the window. 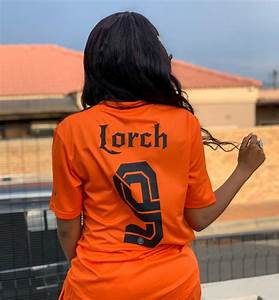 This has to an extent washed out some of the love the Mzansi public had for Natasha.

More recently Natasha has been caught up in a government funding scandal with Mzansi questioning why and how she got approval for a million Rand study grant. The details of why and how she qualified for the grant have caused an uproar on social media. 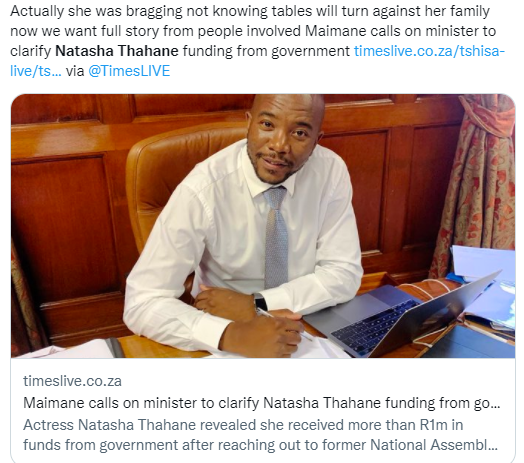 The likes of political analyst Mmusi Maimane have called the government to task of the awarding of the grant aid to Natasha Thahane. "The Minister must clarify the grant," Maimane is alleged to have quipped.

From being South Africa's sweetheart, Thahane's reputation has plummeted drastically. Question is, is the public justified in their outrage at the beautiful Capetonian? plus, will she be able to recover from this apparent set back?