By theHolyghost (self media writer) | 7 months ago

Max's Life is a popular entertainment venue in the country and is well know,It pops up as the world famous entertainment place, and it was recently named one of the best restaurants in Mzansi. A calling card for Durban tourism, this place is home to many of the entertainment industry's biggest names. 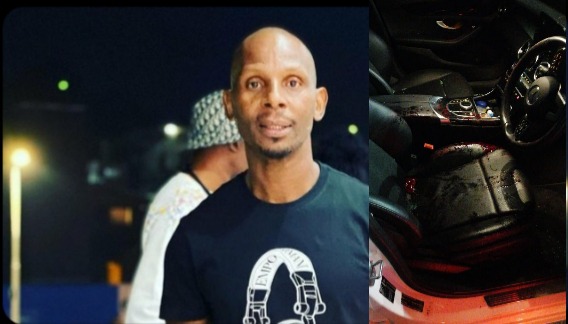 Image: Max Mqadi of Max Lifestyle and the pocture of his bloody car after he was shoot.

Max Lifestyle owner, Max Mqadi was shot and nearly killed in UMlazi, but managed to drive alone to Florida Road before going to hospital.

The owner of the famous entertainment center Max' Lifestyle in uMlazi, Max Mqadi, was rushed to the hospital after surviving an assassination attempt.

The incident occurred at around 7pm on Thursday when Mqadi was leaving his place in UMlazi, south of Durban.

According to police spokesman Colonel Tembeka Mbele, Max was getting into his car and preparing to leave when two gunmen approached him and started shooting.

Colonel said he managed to escape by the time he reached downtown Florida Road, where he called for help and was taken to uMhlanga Hospital.

The vehicle in which Max got shot in from was full of holes, But he drove himself after he was shot. The car seat was covered in blood.

The service said he received four gunshot wounds. So he was shot 4 times in a close range.

The details will be explained at this point as this is a developing story.

Following news of the Mqadi’s attack were shared on Twitter and broke out with messages of support. Many prayed for Mqadi to fill better soon.

This is what some peole said on Twitter. Hear what people of Mazansi think about all this. 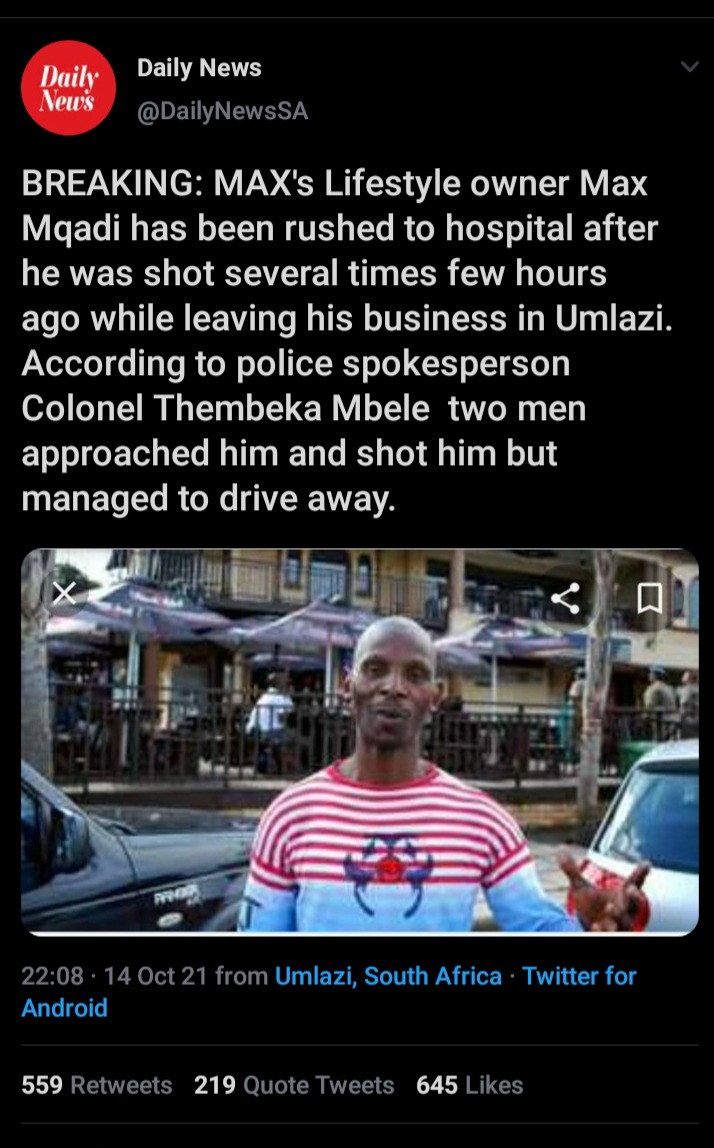 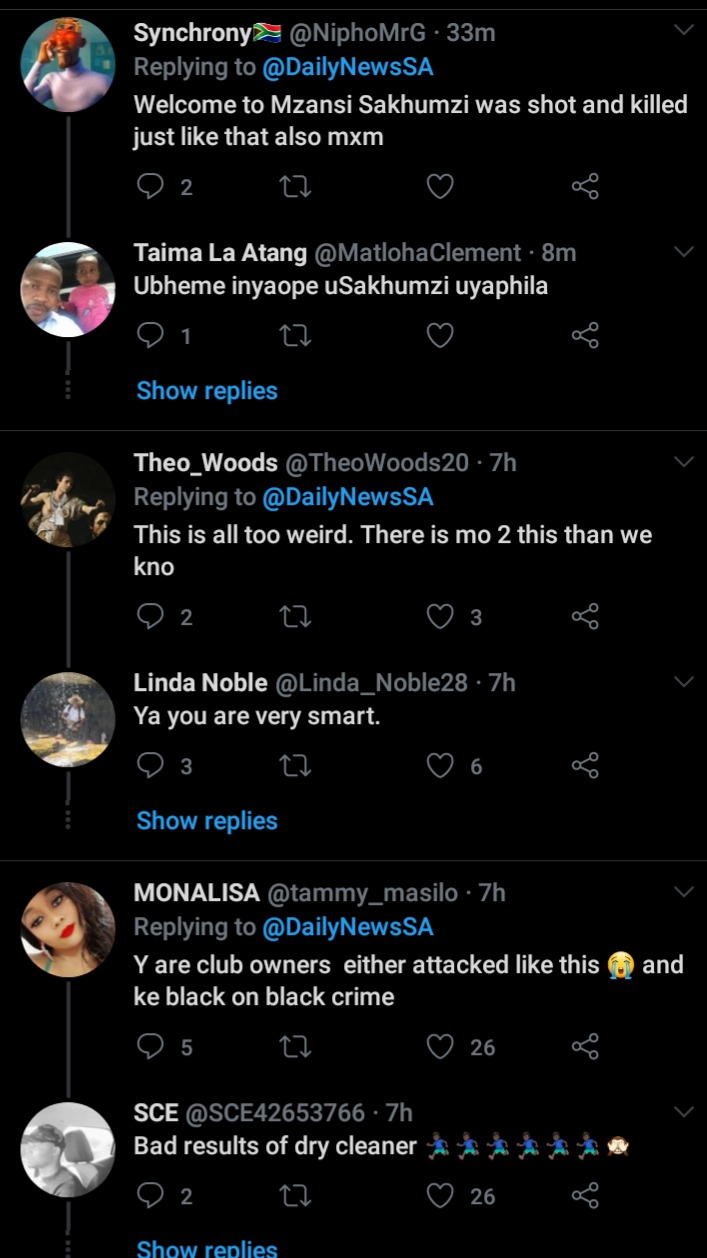 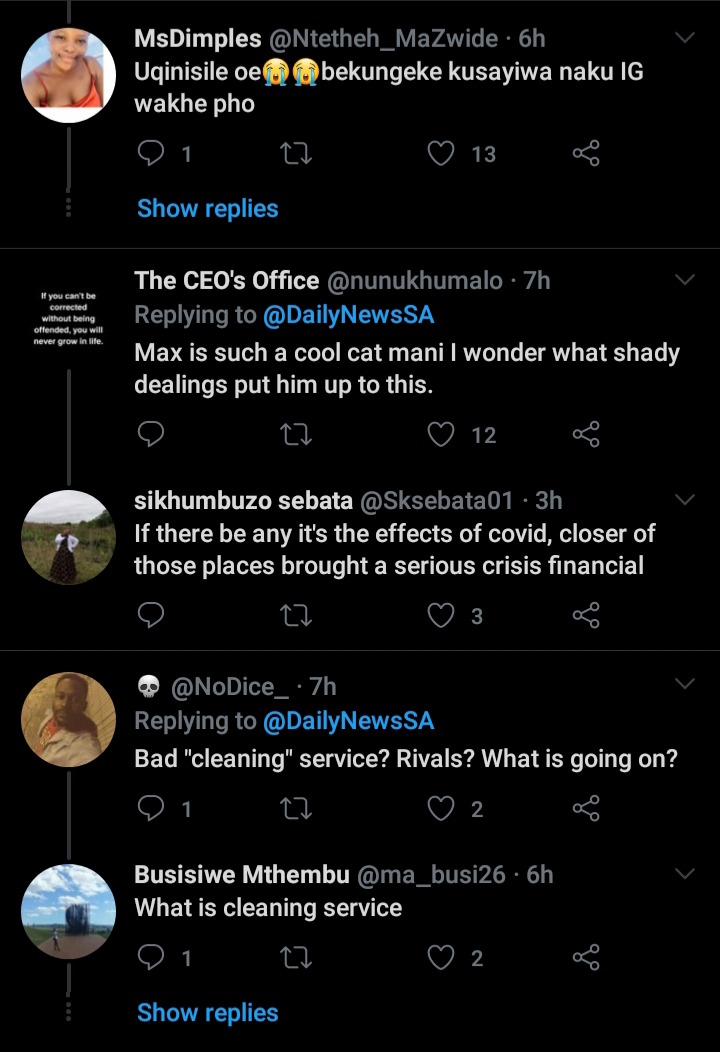 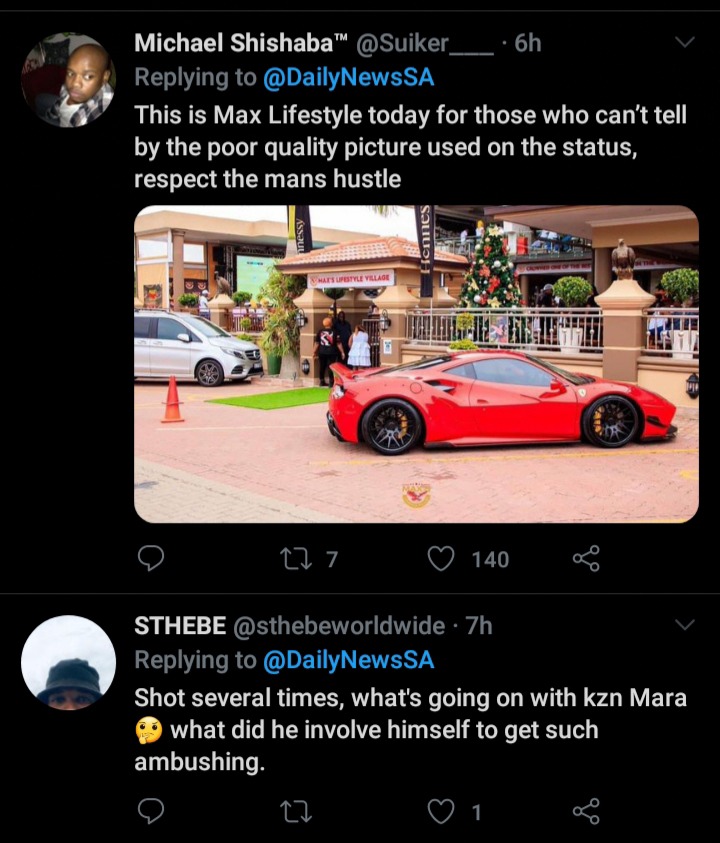 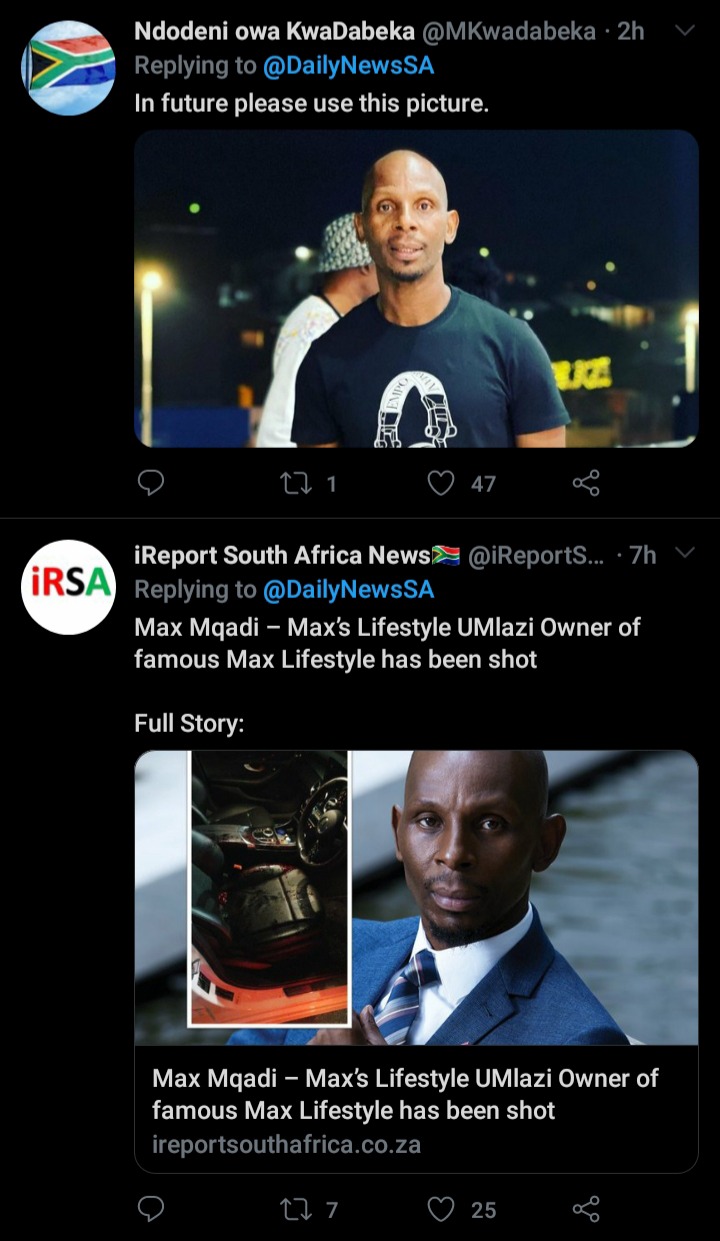 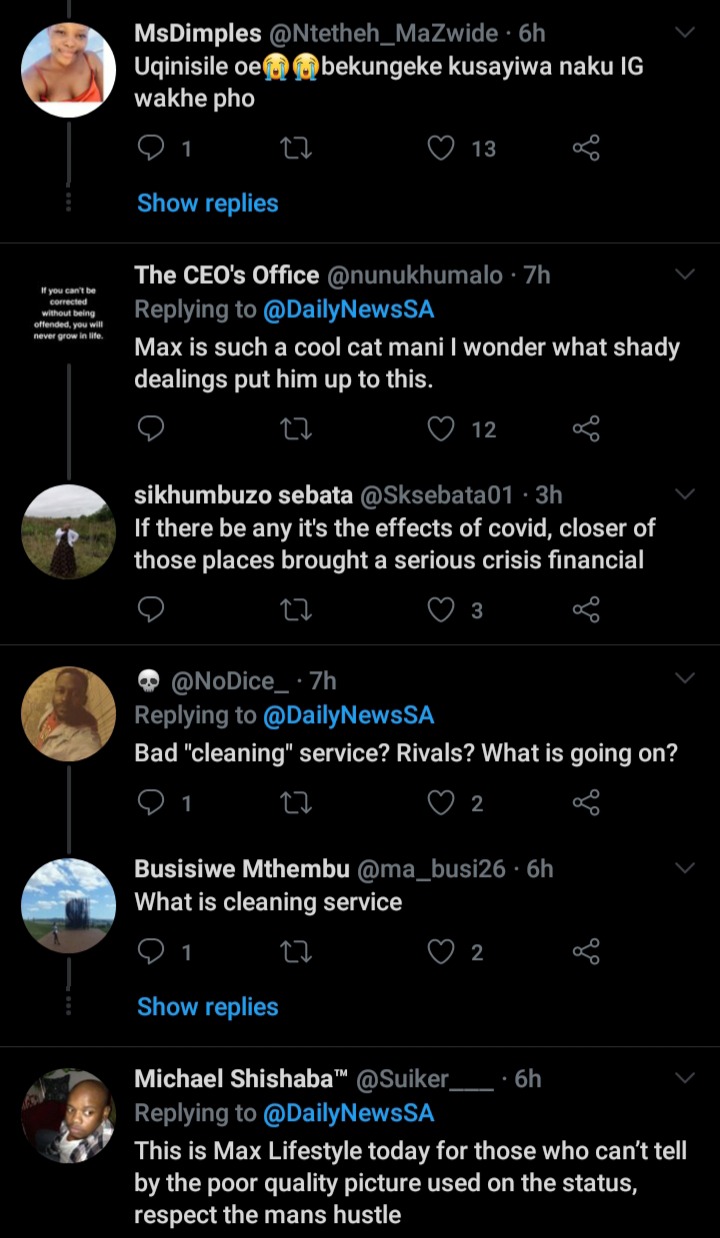 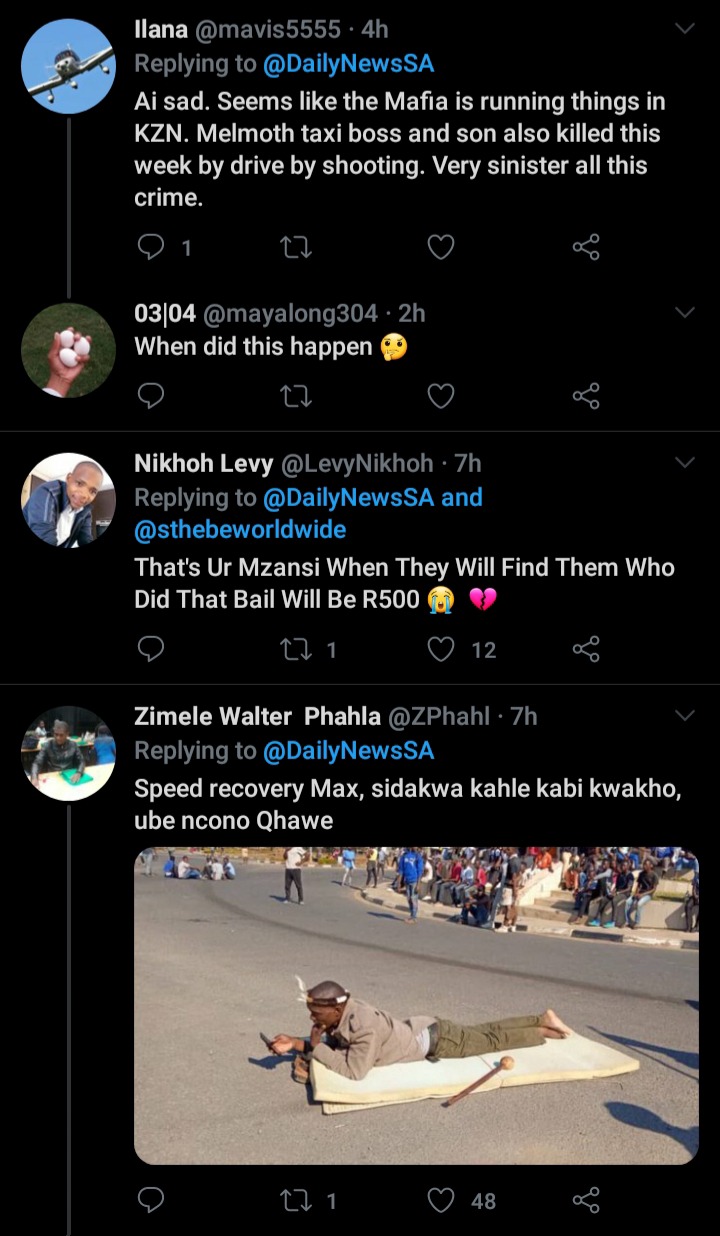 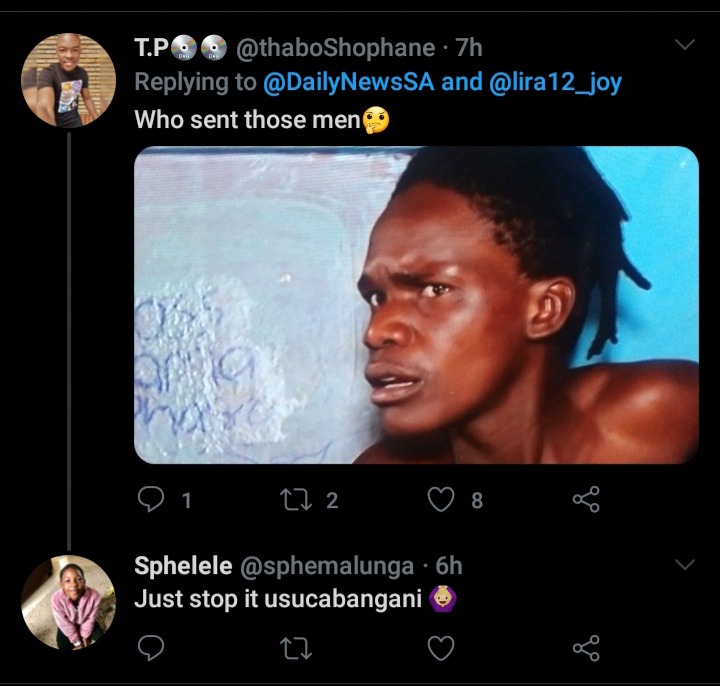 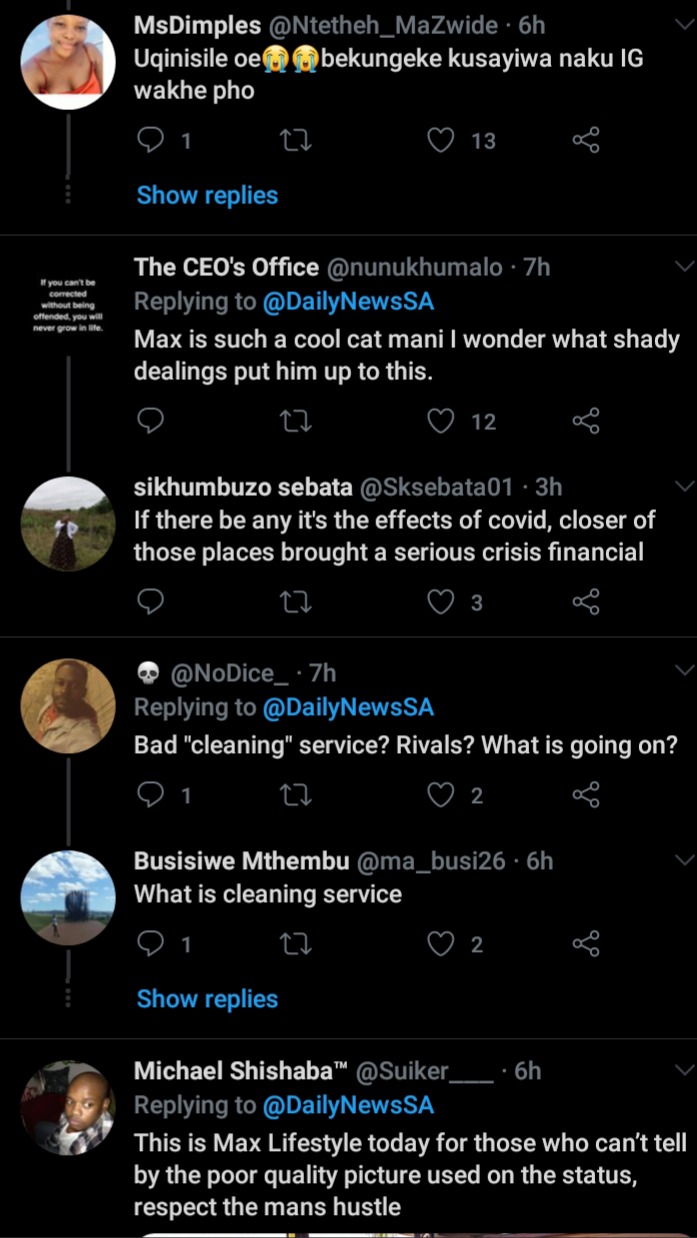 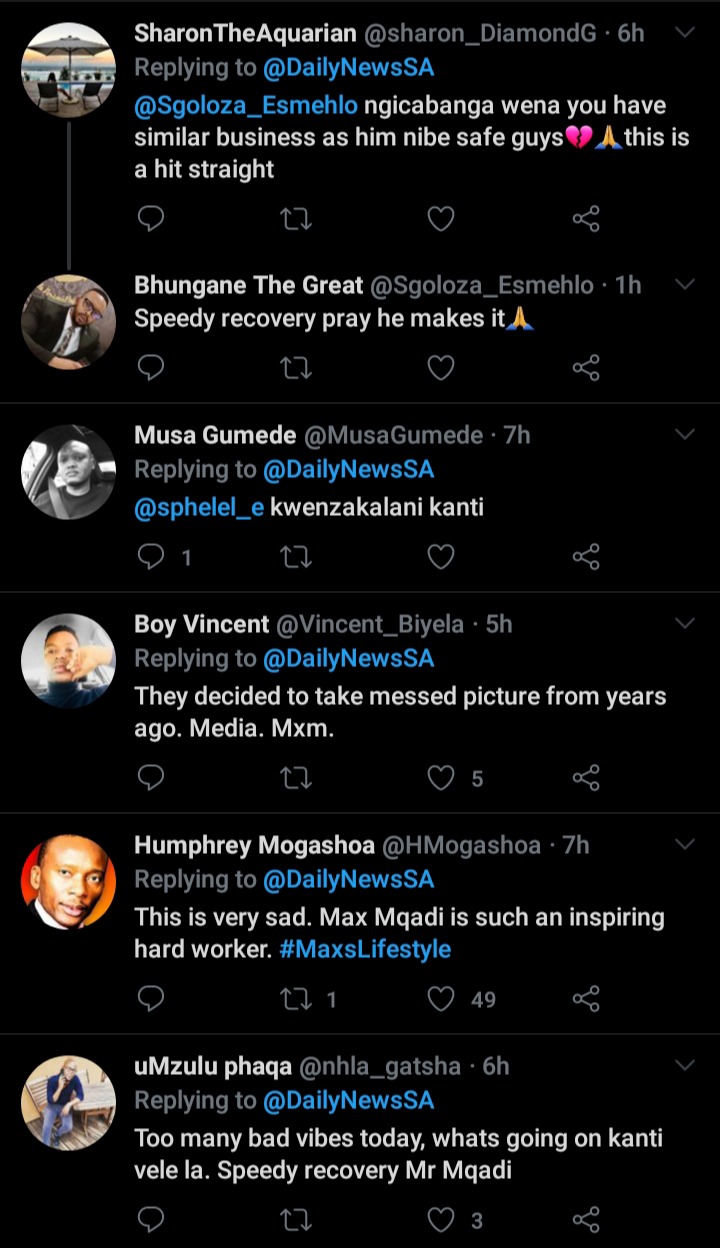 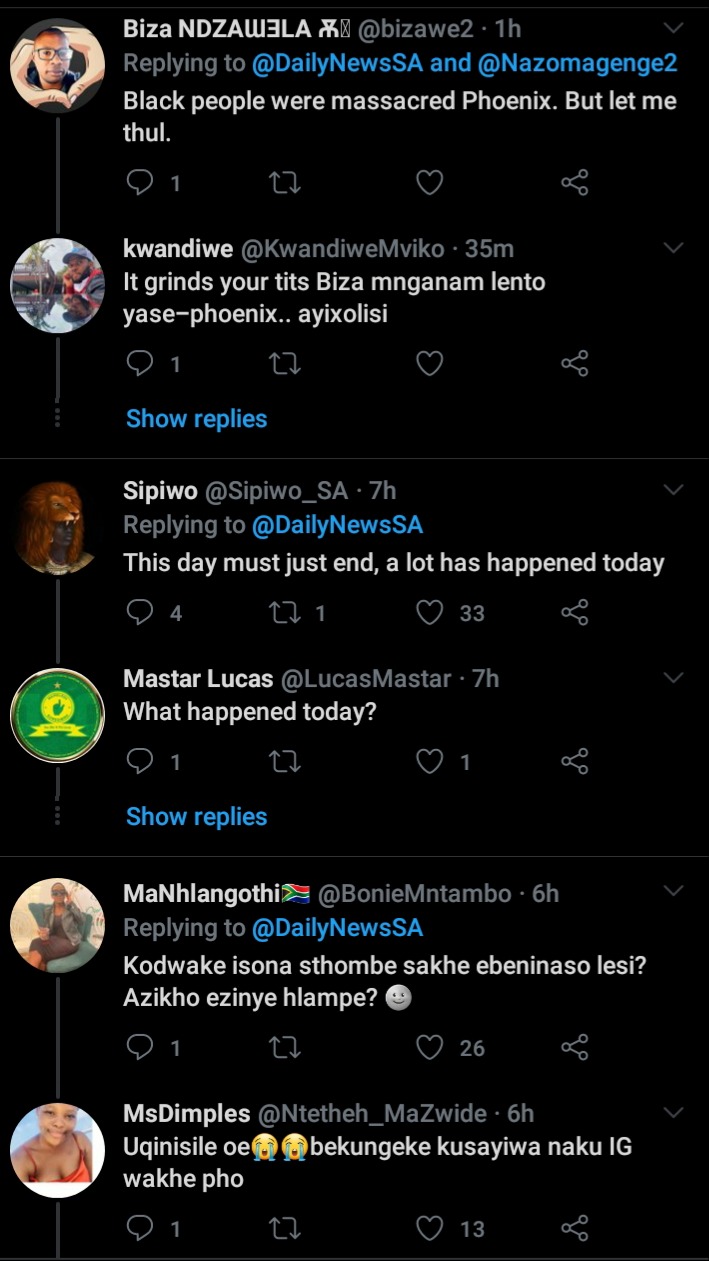 Make Sure To Read This Verse Before Church Tomorrow: