By Nonny_M (self media writer) | 6 months ago

Tom Holland and Zendaya, who co-starred in the film "Spider-Man," were reportedly seen kissing, prompting new relationship rumors between the two.

Since taking on the roles of Peter Parker and MJ in 2017's "Spider-Man: Homecoming," romance rumors have swirled around the two "Spider-Man" stars.

And, despite avoiding rumors for years, they appear to be on the verge of confirming their relationship, as new images acquired by Page Six show them locking lips in a vehicle.

Zendaya, 24, wore a halter-style white crop top and green shorts and accessorized with a pair of hoop earrings in other photographs shot of the couple out and about.

Tom, 25, donned a pair of drawstring jeans with a white T-shirt and a blue flannel overshirt.

The couple's representatives have yet to respond on the newest claim, but the kiss comes after a source initially revealed romance rumors between the co-stars in 2017.

"They started seeing each other when they were filming Spider-Man," a source stated at the time. They've been very cautious to keep it secret and out of the spotlight, but they've vacationed together and attempt to spend as much time together as possible."

Another person added: "They're both driven and ambitious, and they push each other to new heights - but most importantly, they make each other laugh. They appear to share a similar sense of humour and like teasing one other. They have a lot of back-and-forth banter."

In the same year, Zendaya, however, rejected rumors twice.

Later on, she added: "He's one of my closest pals. We've had to go on press trips together for how many months now? Only a few individuals will be able to comprehend what I'm talking about.

Only a few individuals will comprehend what it's like to be 20 years old."

Meanwhile, Tom recently said that having to play out his romances in the limelight may be "frustrating." 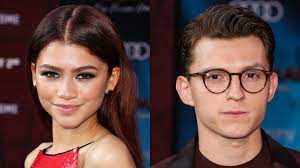 “It's really nerve-wracking, and it means that if you're dating someone, you have to be very aware of their sentiments, because if something happens between the two of you, it might be fatal,” he added.

It's taking place right in front of the eyes of the entire globe. It's one of the things in my profession about which I'm most concerned."

Content created and supplied by: Nonny_M (via Opera News )