Maps Maponyane Trashes iFani After He Said This About Boity

By Word_News (self media writer) | 3 months ago 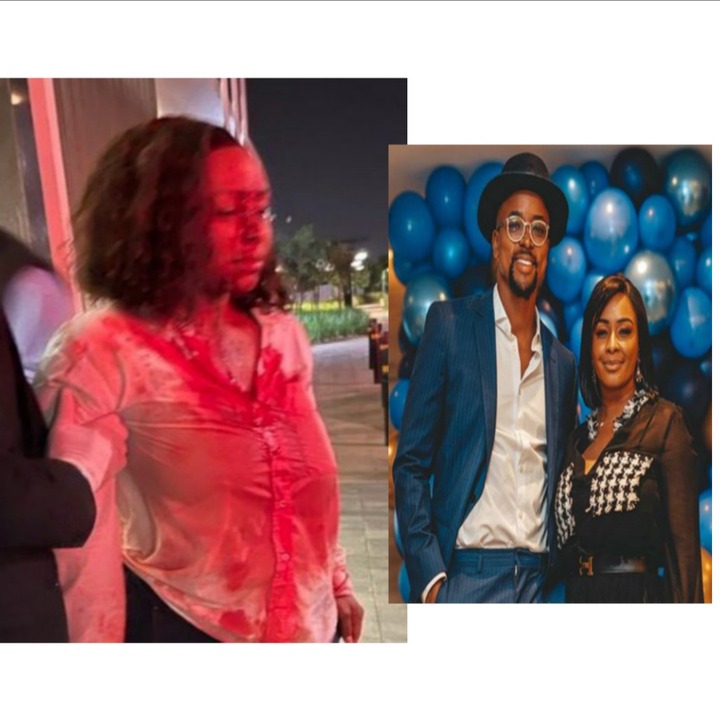 Maps Maponyane, a media personality, and entrepreneur, has slammed rapper Ifani for his callous remark about his buddy Boity Thulo and the assault scandal that placed her on Friday's Twitter trends list. Bujy Bikwa, a former Metro FM presenter, and Bakae rapper Bujy Bikwa had a "fight" last week Thursday at a hotel in Waterfall, Midrand. According to City Press, the incident was a brawl.

Boity filed an assault charge against Bujy, which landed him in police prison until he was freed on R2000 bail earlier this week. Following the release of leaked film and audio from the fight, as well as public remarks from Boity and Bujy regarding the case that is currently before the courts, the duo landed on Twitter trending lists as SA debated the assault drama. That's when rapper Ifani took advantage of the situation to tweet a "joke" about Boity, which many of Boity's friends and fans considered offensive and untimely.

The post iFani posted was deleted but we managed to get a copy of the tweet for you. Maps, one of Boity's greatest friends, couldn't disguise his displeasure with Ifani's choice of words or timing. Maps commented, “Damn, the things tweeted by grown men here under the guise of 'humour' is just embarrassing,” subtweeting the rapper and many others who have made light of Boity's plight.

The owner of Buns Out then tagged the rapper's tweet and reacted directly to it, urging him to have some self-respect and keep his opinions to himself. 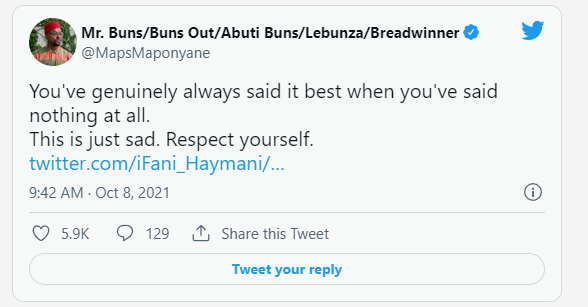 Above is the last tweet that Maps posted about iFani.