Check Out 10 African Celebrities Who Own A Private Jet 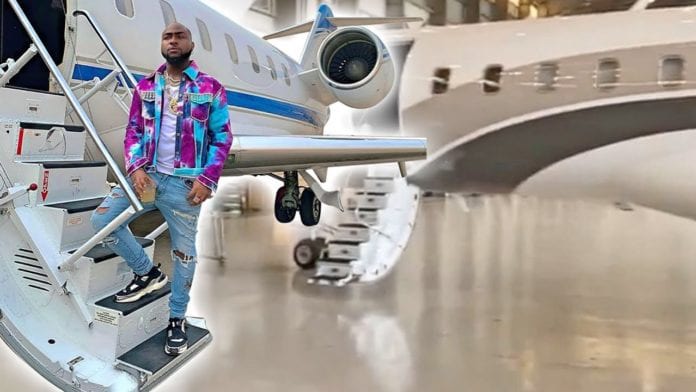 Many celebrities from all over the world have embraced both fame and luxury, with some opting to fly on private jets rather than regular airlines as part of their luxury. African celebrities aren't immune to this taste for the finer things in life, and among those who own a private plane are athletes and artists. Many of these planes are opulent, and they come in a variety of types and models, with seating capacities ranging from six to eight people. Having private jets in Africa also demonstrates how successful some of these celebrities are and how much money they have amassed, especially when the cheapest private jet costs over $1.96 million. 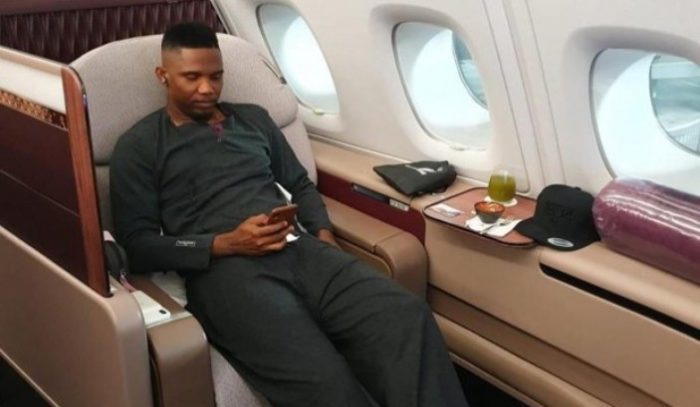 Eto'o, a former Cameroonian footballer, is rumored to have a $6 million private jet. The footballer was paid a salary of 20 million Euros at one time in his career, making him the highest-paid player in the world. He has a net worth of $95 million, which he primarily acquired through his football career, which saw him play for the Cameroon national team as well as other clubs such as Real Madrid, Barcelona, Inter Milan, Chelsea, and Everton, among others. That is not, however, the sole source of money for the four-time African Player of the Year.

He's received a slew of sponsorships, all of which have netted him millions of dollars. He also owns Set Mobile, a Cameroonian telecommunications company, and a football academy in Gabon.

Eto'o lives a lavish lifestyle because he enjoys finer things. Overtime, he has spent money on a Buggati Veyron worth 1.5 million euros and an Aston Martin One-77 worth a million pounds, among other items. He also has an 18-million-Euro property in Italy and maybe other homes in Cameroon and the United Kingdom. 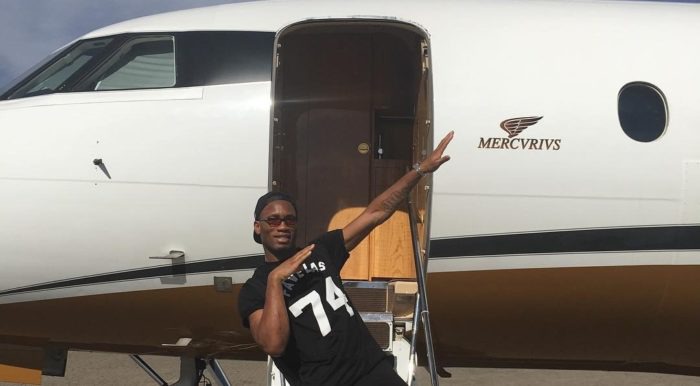 Since 2014, Didier Drogba's private plane has been in the news. The white jet can accommodate a large number of passengers. Despite the fact that he has posted images of himself in or around the jet on social media on several times, it is difficult to obtain information about the plane's features and other attributes.

Drogba rose to prominence as a former professional Ivorian football player, eventually becoming the country's all-time leading scorer. He played for a number of teams, including Chelsea, and was twice named African Player of the Year in 2006 and 2009. He also generated money from several endorsement arrangements with major corporations such as Konami, Nike, and PepsiCo. His monthly income peaked at $15 million at one point.

He owns a variety of cars, including a Mini Cooper S, Ferrari, Mercedes, Audi R8, and Porsche 911 Turbo, in addition to his private jet. Among his other possessions, he has a mansion in the United Kingdom. His estimated net worth is $90 million.

Emmanuel Adebayor, like many other African celebrities who own a private jet, has chosen to keep specifics about his plane private. He is a Togolese footballer who has scored 32 goals in his career, making him the country's all-time leading scorer. He was named African Player of the Year in 2008 and has previously played for Manchester United, Manchester City, and Real Madrid in England. He is currently a member of the Olimpia football club in Paraguay.

His life is full of luxury thanks to his accumulated fortune. An Aston Martin DBS, which costs over 316,000 for the Superleggera Coupe and $397,007 for the Superleggera OHMS S Edition, is one of the many assets he has possessed. He also owns a Fisker Karma, which ranges in price from $102,000 to $116,000 and above depending on the model. He also owns a Rolls-Royce Phantom II for $509,549, a Mercedes-Benz G65 SUV worth $240,620, and a Can-Am Spyder trike. He also has a residence in Accra, Ghana, a vacation house in the United States, and a home in Togo. 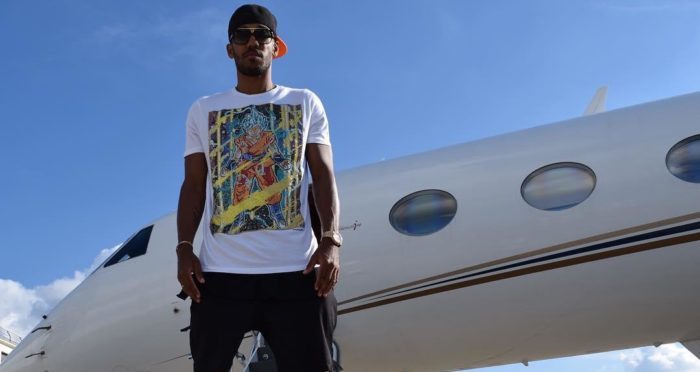 According to multiple accounts, Pierre-Emerick Aubameyang is one of the African celebrities that owns a private aircraft. This is mostly due to the widespread circulation of photos showing him in a private plane. Apart from the photographs, there is no proof he owns any.

Aubameyang, a French-Gabonese footballer, has acquired enough fortune to purchase a private plane. He is the captain of Arsenal Football Club and the club's second-highest-paid player, with a net worth of $30 million. Furthermore, his weekly income is £200,000, with an annual salary of £10,400,000. He also makes money from sponsorship arrangements because he is a Nike brand ambassador and has a boot called the "GabonPanther."

Despite his vast riches, he has maintained a luxurious lifestyle. The football player owns a £16 million mansion in London. He has a Range Rover, a Lamborghini, two Porsches, Aston Martins, and Audis, among other vehicles. Among his other vehicles, he owns a Batmobile. The autos are valued at over £1 million in total.

Mikel Obi is a Nigerian footballer who has made a lot of money over the course of his ten-year career. He has played for Chelsea and the Nigerian Super Eagles, and is currently at Stoke City. Although there are no specifics about Obi possessing a private aircraft, he has been photographed flying in one on numerous occasions, leading some to believe he has one. The football player, on the other hand, has not confirmed nor denied the rumor. Many people believe he owns a private plane as a result of this. 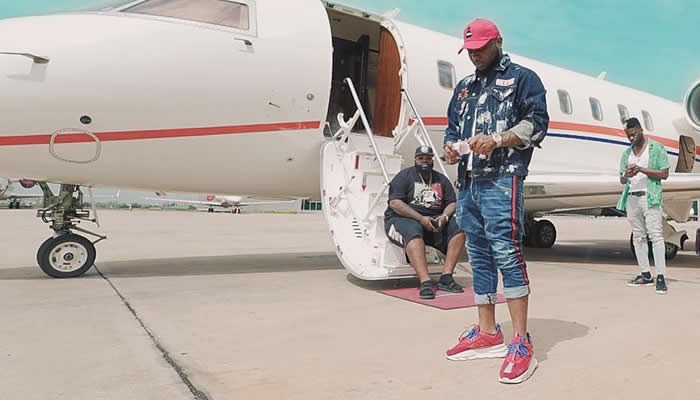 The Bombardier Global Express 6000 is a business jet that is available in a variety of variants ranging from 2012 to 2018. The jet includes three different cabin zones, at least 15 passengers, and two crew members, and it can travel across continents. It also has two Rolls-Royce engines and is quicker than a commercial airliner, according to reports.

Despite the fact that Davido's father, Adedeji Adeleke, purchased the private plane, the singer is known to have used it on numerous occasions. Mr. Adeleke has purchased two planes, the most recent of which is the Bombardier Global Express 6000, dubbed "our baby" by Davido. Davido's net worth is $10 million dollars, and he makes most of his money from his music business. He also makes money through sponsorship arrangements with companies such as Infinix and IxBet, among others. 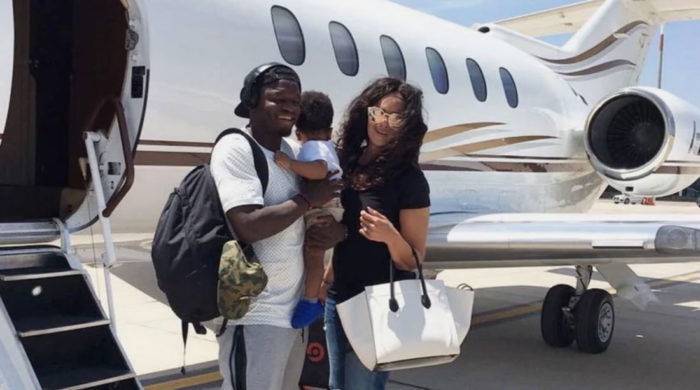 Sulley Muntari with his wife and kid (Image Source)

Suleiman, also known as Sulley, is said to own a private plane, according to multiple reports. There are no information concerning the jet, except for the color, as there are for many other African celebrities who own or are rumored to own one. It's a white jet with a capacity of 15 passengers and two crew members.

Sulley, a Ghanaian footballer and midfielder, amassed his fortune through his football career. He is currently one of the top ten wealthiest African football players, with a salary of around 1.5 million euros. 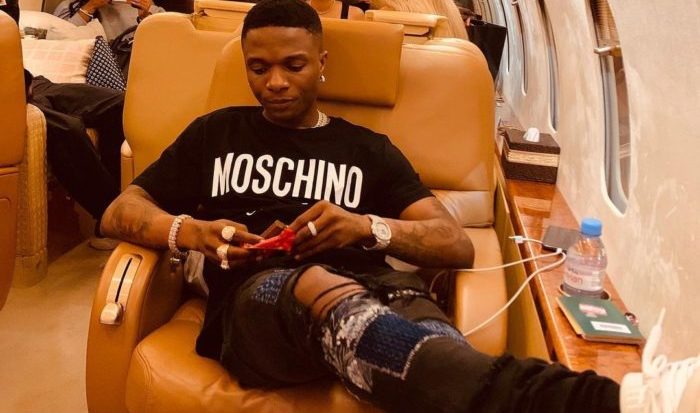 Ayodeji 'Wizkid' Ibrahim Balogun, a Grammy Award-winning Nigerian musician, has been known for sharing photos of himself travelling across the world aboard a private jet for years. Even while several sources report that the jet belongs to him, it is unclear if he purchased it, received it as a gift, or simply chatters about it. Although there are no specifics regarding the jet, it is expected to cost more than $1 million.

Wizkid's primary source of income is his music profession, which has earned him a net worth of $4 million, making him one of Africa's wealthiest musicians. The Nigerian Justin Bieber, as he is generally known, has a number of endorsement deals to his name, including with the United Bank of Africa (UBA) and Tecno. He has a number of vehicles, including a Lamborghini that is reported to be worth around $200,000. He also owns properties in Nigeria and the United States, as well as other goods that may or may not be accessible to the general public.

According to rumors, Cassper Nyovest is the first African rapper to purchase a private jet. Several of his photos, both inside and outside the plane, have been making the rounds on social media platforms. The words "Thank You" and "Ciroc" written on the aircraft generally capture people's attention. There are no details regarding the jet other than what can be seen in the images.

Cassper Nyovest is a multi-award-winning rapper from South Africa. The musician is one of South Africa's wealthiest musicians, with a net worth of $3 million. He is known to live a luxurious lifestyle, with Bentley GT Coupes, BMW 4281s, and Rolls-Royces in his garage. Mansions, including one for R10 million, have been added to his portfolio. In addition, his good fortune has allowed him to traverse the world on a private aircraft several times. 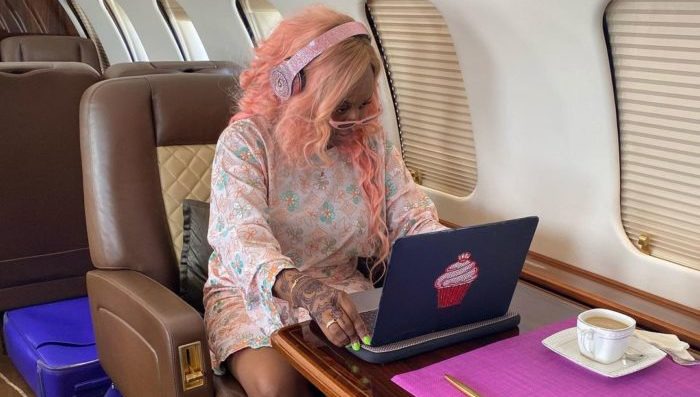 Florence Otedola, often known as 'DJ Cuppy,' is a Nigerian DJ who travels in style thanks to her family's private plane, which was purchased by her father Femi Otedola, a Nigerian billionaire businessman who can afford the finer things in life. Mercedes SLR McLaren, worth around $250 million, Rolls-Royce Phantom, costing 162 million, G-Wagon, worth 53 million, and Mercedes Benz AMG G63, worth 72 million, are just a few of the expensive wheels in the Otedola family. Cuppy's father gave her a Ferrari Portofino worth $90 million.

DJ Cuppy, on the other hand, has amassed a sizable net worth as a result of her work as a disc jockey and an artist on her own. Her lifestyle is opulent, as she travels over the world and hosts shows that even Africa's richest man, Aliko Dangote, attends. Cuppy's family lives in the lap of luxury, and they aren't bashful about flaunting it on social media. They once flew to Italy solely for the purpose of eating ice cream.