The people of South Africa has been filling the social media with condolences to the late former Rhythym city actor 'David Genaro' Jamie Bartlett, following the announcement of his passing on Monday evening. 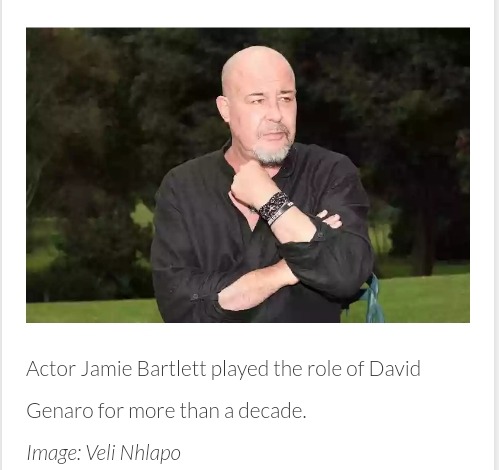 The popular actor's passing was confirmed to the publication by Bennun Van Jaarsveld, who is a corporate communications manager for eMedia.

The cause of his death was not yet known by when this article was being published.

Jamie Barlett died at the age of 55. He was a good actor loved by South Africans on several roles on South African television. He played a role as the shady Mike on O'Reilly on SABC3's Isidingo, and also played on etv Rhythym city as David Genaro. He left Rhythym city after years in the series.

Jamie Bartlett has hosted a variety of actor workshops in South Africa. And he had also been a part of SA's Got Talent as a judge. He starred in multiple theatre and TV productions.

This most loved star has won three prestigious South African Film and Television awards in his career of more than three decades. Barlett was among Mzansi's most loved actors.

Jamie Barlett's death has shocked many people across the country and led to flooding of people sharing out their emotions on Twitter. His fans remembered his favourable characters and praised his talents.

Thuso Mbedu breaks internet with her breathtaking beauty showing off her remarkable thighs.