The daughter of Connie Ferguson and Neo Matsunyane has taken to social media to wish her father a happy birthday. Even though the parents separated, Lesedi is still in touch with her dad. 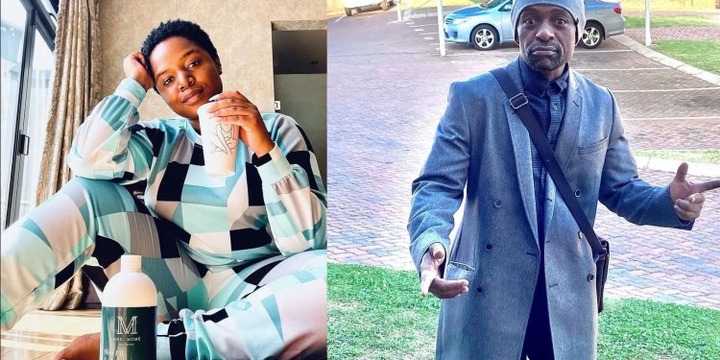 Lesedi is Neo Matsunyane and Connie Ferguson’s daughter. Connie was married to Neo Matsunyane from 1993 to 1998 and they gave birth to a baby girl named Lesedi. Neo Matsunyane is a national treasure in the showbiz industry here in South Africa. There isn’t a TV show he hasn’t been a part of. Neo is one of the people who laid the ground for actors and directors in South Africa.

He has acted and directed on Generations, Muvhango, Scandal, and Backstage he had also directed in Skeem Saam.

The man is a legend, he made a great name for himself at a young age when he starred and directed in a very successful series called Mmalonya. Neo also worked on Lesilo Rula, a scary series about a ghost brought to life by a cruel man named Ra’ihloana. Neo put on the makeup and acted the role of Lesilo for a while as well.

“Happiest of birthdays mi Padre! Still looking rather spry for 55 😂. I love you to the moon and back. May this year and others moving forward be the light at the end of the tunnel for you and our families. Te Quiero mucho ♥️🖤🤍”.

Lesedi recently lost her stepfather Shona Ferguson whom she loved very much, but she is blessed because she still has Neo whom she adores equally.

We are also very lucky to still have Neo Matsunyane here with us, and we wish him a long life.