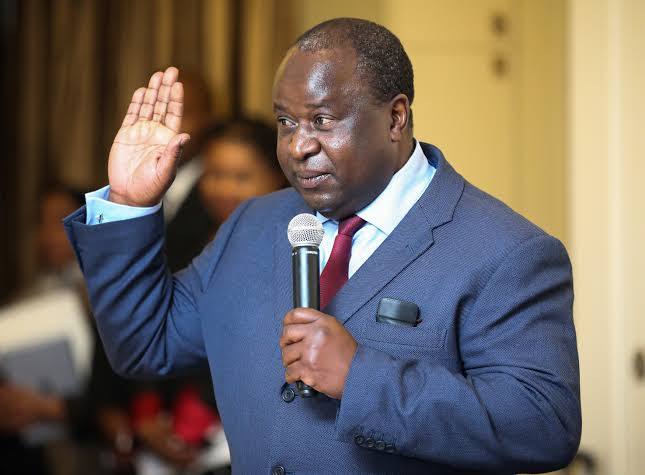 Tito Mboweni, was a South African finance minister, who resigned from his position earlier this year. He's also way too active on social media, Twitter to be in particular. He usually posts the food/ dishes he makes for himself. He loves his lucky star tinned fish, with garlic as the main ingredients. He cannot be separated from lucky star, and garlic. Although he does prepare different meals, he doesn't always prepare them as the lucky star tinned fish.

The former Minister has been enjoying his retirement in his home, where he usually gets visits from most known people. He seems to be a really down to earth person, who just enjoys playing with people on Twitter. He doesn't seem to engage in fights with people, and also ignores those who comment negative stuff on his social media page

People don't really know much about Tito's personal life, besides the things that he decides to share on social media. He has also posted his kids on social media, however, it is not clear how many children he has, and also doesn't reveal whether he is married or not. He has never been seen walking around with a wife, also he has never posted his wife or mentioned her on social media. 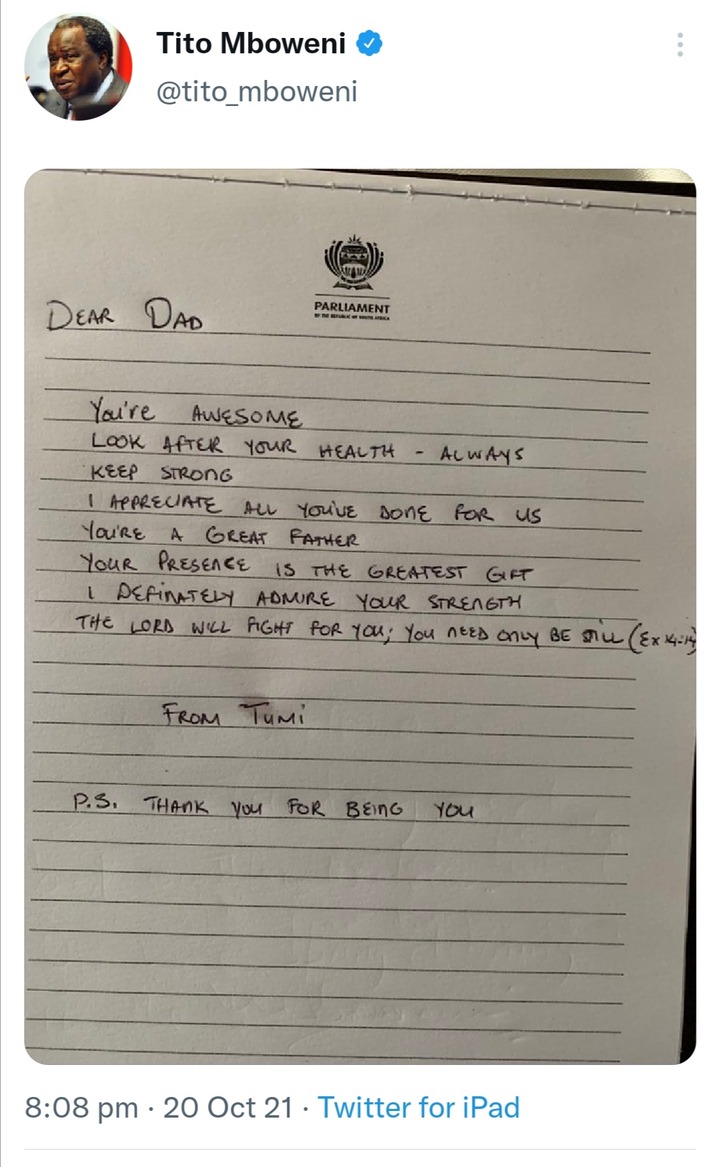 Tonight, he took to social media to post a letter that his son wrote to him. On the letter, the son, Tumi, thanked his father for being the great father that he is. The letter revealed the side of Mboweni that nobody else knew. 0 only get to see Mboweni the Politician, and the cook. They didn't know he was good at being a father too. 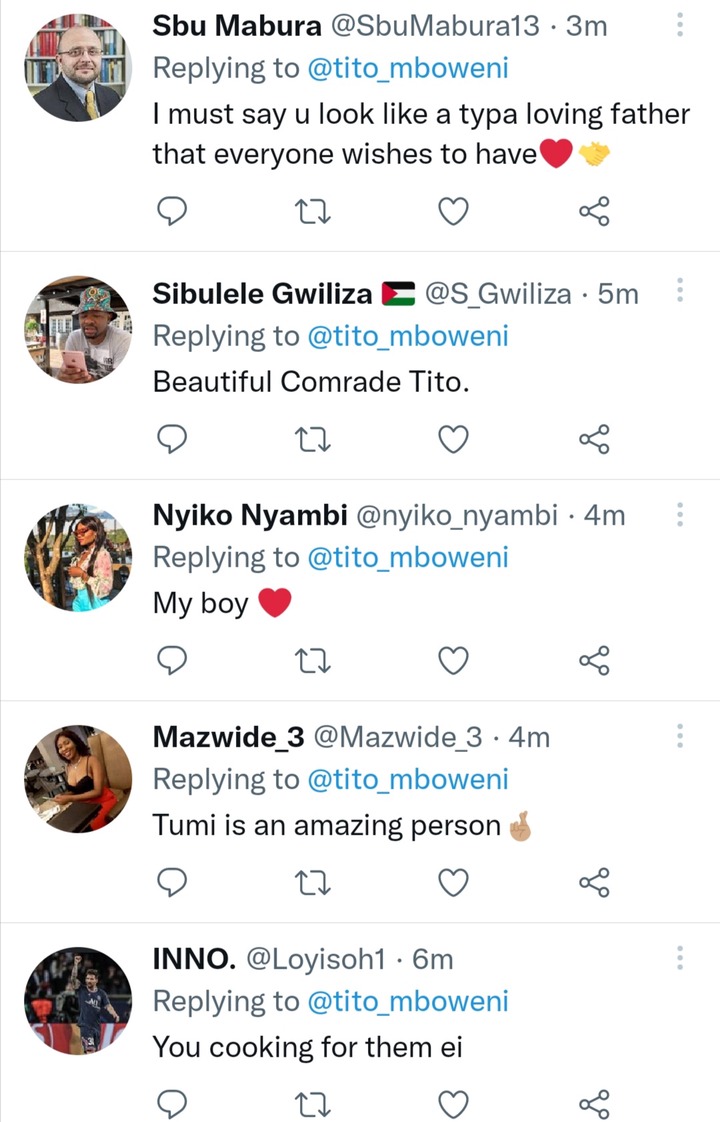 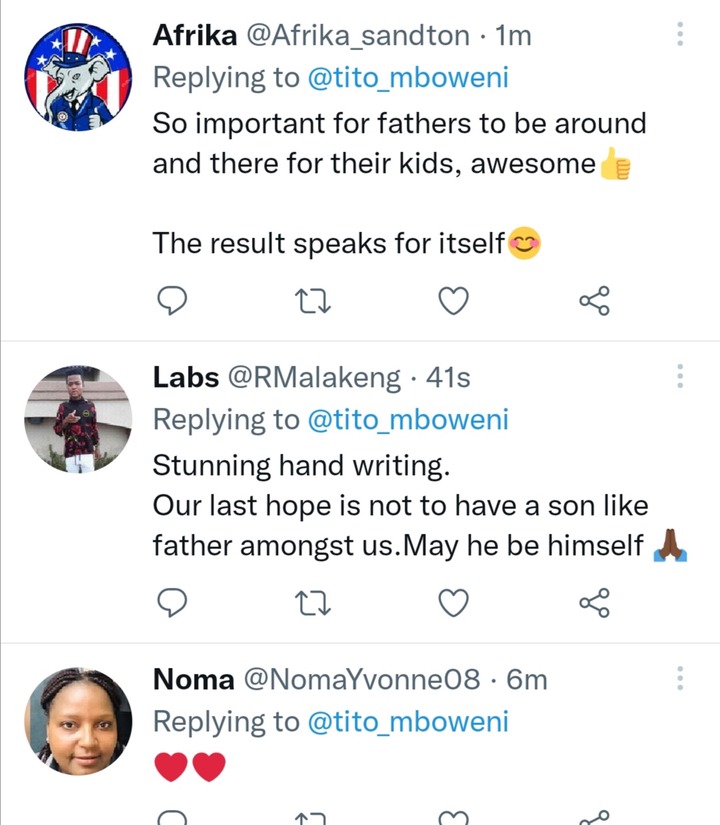 There you have it, he is not just good in the kitchen, but a good father to his kids too. This is why you shouldn't judge people by what they tweet everyday.

Omicron latest: Is another ‘family meeting’ on the cards SOON? Read below