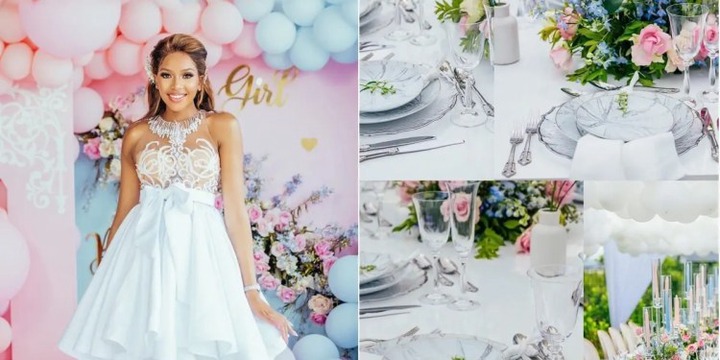 Blue Mbombo revealed that she was pregnant on Valentine’s day in a video. The video went viral, and her fans congratulated the model. In her caption, she said that she could not have asked for a better Valentine’s gift than her child’s eternal love.

After she told the world of the pregnancy, the model found it easier to start sharing her journey with the world. Today Blue Mbombo has taken to Instagram to share pictures from her intimate gender reveal party. The party took place on the 12th of February before she announced her pregnancy to the world. 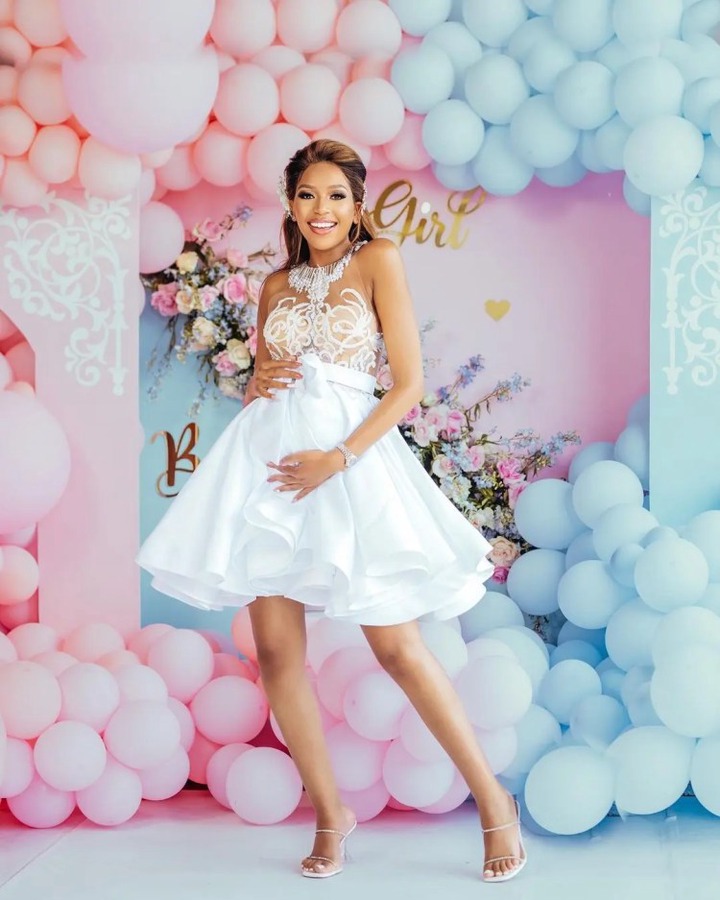 The Blue and Pink deco was made by G.A Exclusive, an event planning company. The affair was small and intimate as a few friends and family were invited. The family is loyal to the events company as it is the one Brown Mbombo used when she celebrated reaching 400 000 followers on Instagram. The company is also the one behind Kwesta’s daughter Kenya’s first birthday decorations. 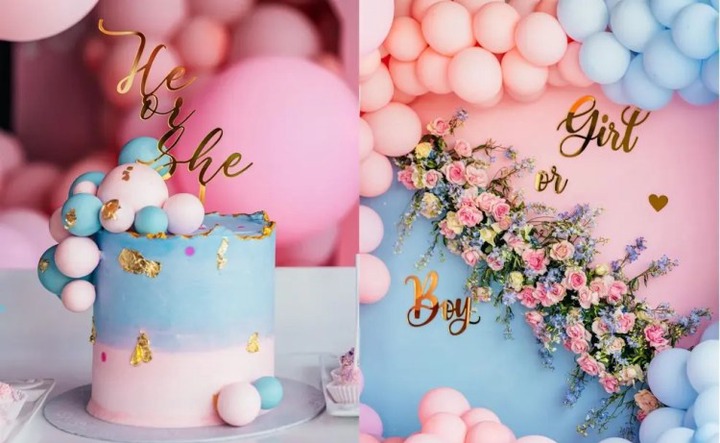 Everything that the mother-to-be was wearing was nothing short of classy. Her shoes were from the Emme label, while her make-up was by Precious Xaba. She wore a white dress that was knee length and tailor-made by Scalo, a famous designer in the industry. He has made most of Blue’s show-stopping gowns, a dress for Thando Thabethe, to mention a few celebrities. 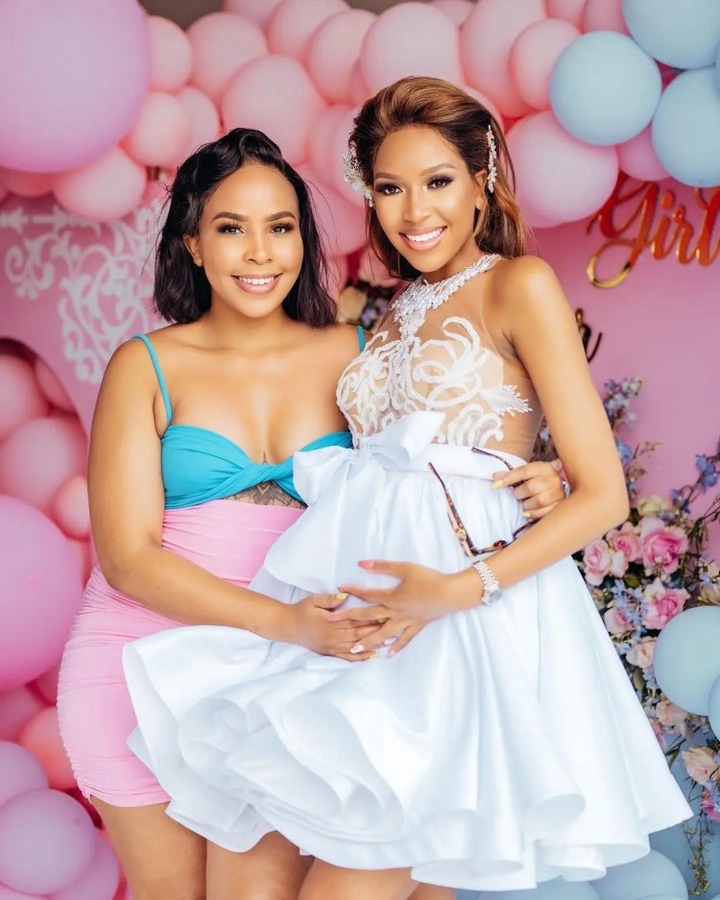 The model keeps mum about the baby’s gender to her fans. However, we know that her sister was present and is helping her in her pregnancy journey. Paloma Leaux, who calls herself Loloskloset, and Lorna Maseko were also on the guest list. Ayanda Thabethe, who is also expecting, applauded Blue on her beautiful gender reveal, and so did Faith Nketsi, Lungile Thabethe, and many more.