The episode of #EnoughIsEnough that airs today is a sad one. A woman lives in a dangerous place, and that's enough. A woman and her husband were in a car when they were in an accident. After her accident, her operations weren't going well, so he said she was cheating on her doctor. Both couples got RAF money, but the husband was smart enough to use his wife's RAF money to buy taxis and change ownership without his wife's permission. 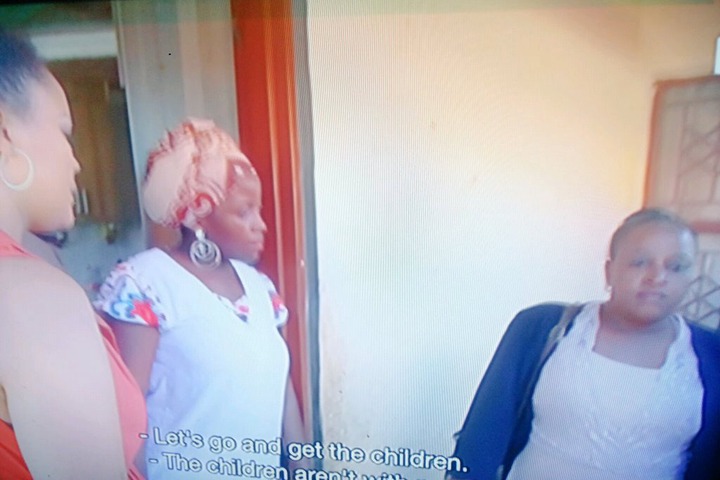 Mokgadi has had enough, and she wants to end her marriage. The sad part of this story is that the husband is always with his daughter, who came with her. Mokgadi says that they are seeing each other. They are always together, but sometimes they go away for three to five days. Mokgadi is no longer living in the house. She moved to the back room because of what is going on in the front room.

Mokgadi wants to end her marriage because she thinks her husband is cheating on her with their daughter. Mokgadi is so emotional that it's hard to understand what's going on in her life. I can't believe how sad and broke this woman is. It's so hard to get out of bad or abusive relationships, so I admire people who do it while they still can. 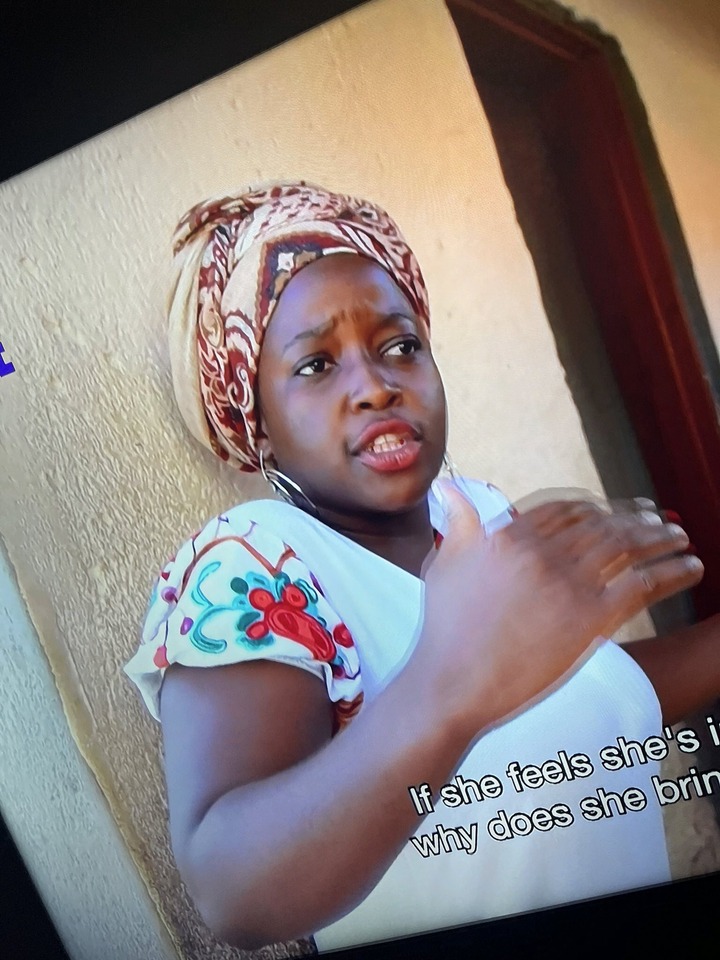 The daughter is dating her stepfather, and the two of them are living in the main house. The daughter is insisting that her mother should take the kids and leave. His stepdaughter is washing his underwear. How could a daughter do this to the woman who gave birth to her? This is terrible. I feel bad for this girl, shem, because she doesn't respect her real father more than she does her stepfather. She will be sorry she did this. 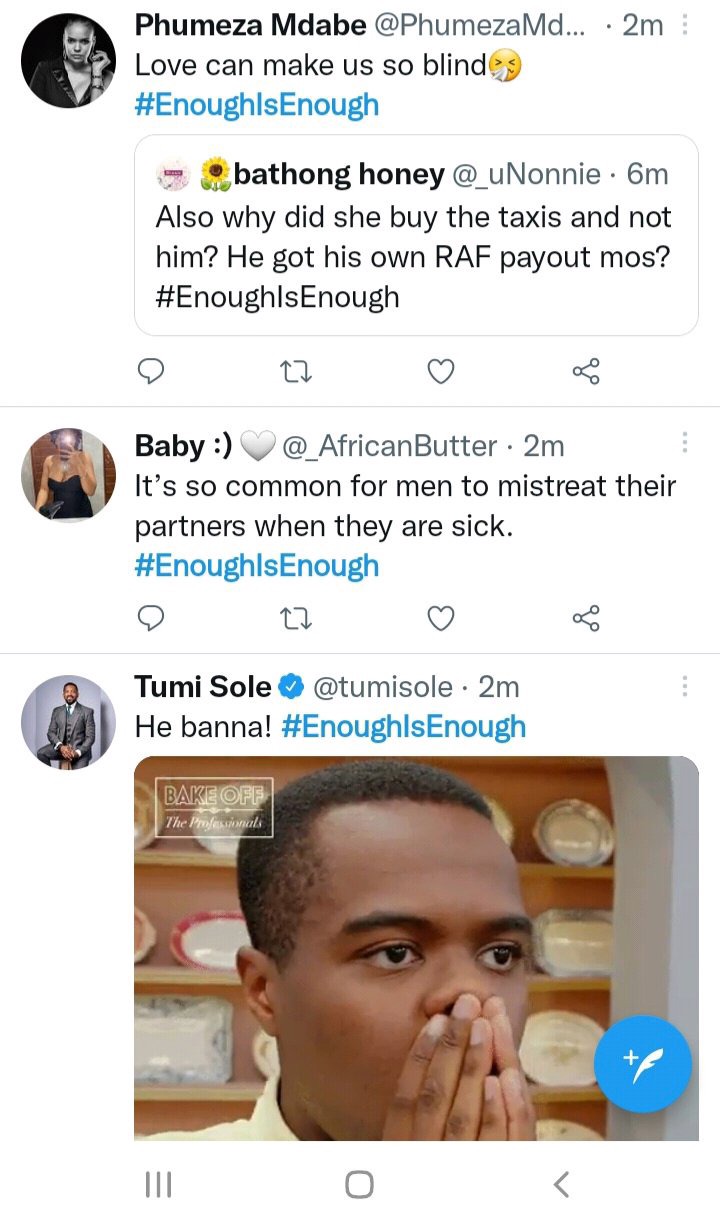 When it came to building a house, the girl didn't want to start from scratch, so she took what belonged to her mother. It won't work out for this girl. It's not a good idea to build happiness on someone else's pain. 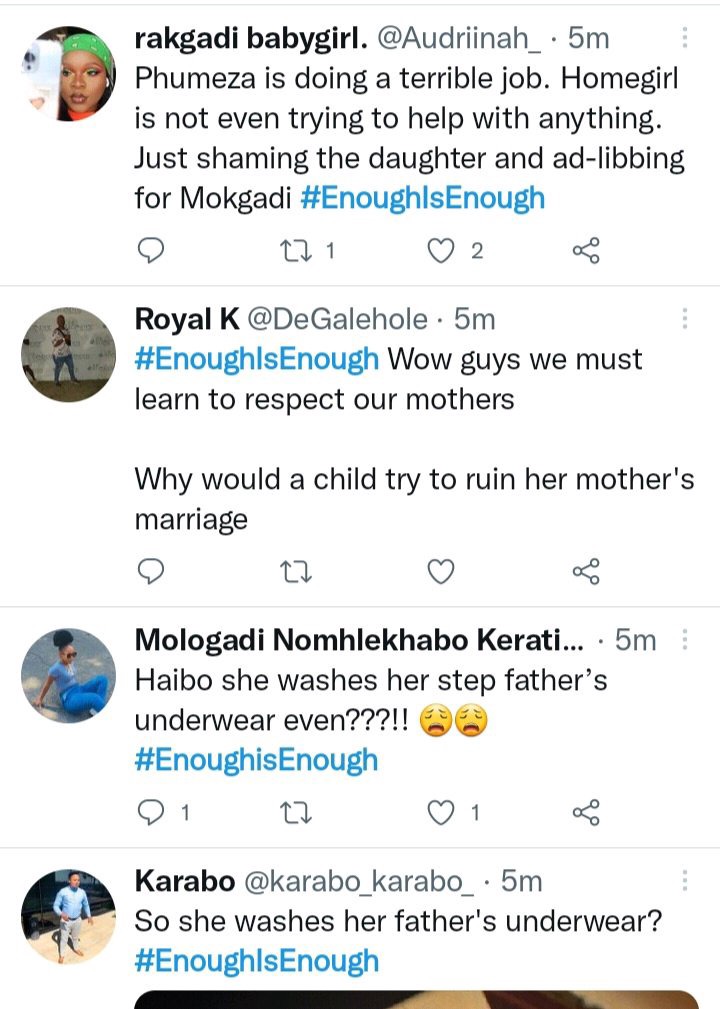 That girl might be going out with her Step Father. Why does she stand up for her stepfather instead of her own mother? How can you do this to your mother because of a stepfather?