Celebrity Artist faces an arrest as case opened against him 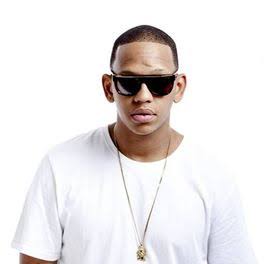 Durban- Popular South African artists is facing an arrest as a case has been opened against him, per the statement issued.

Mzansi Celebrity News has learnt that a rapper, Da Les, has had a case of assualt opened against him by DJ D Double D. 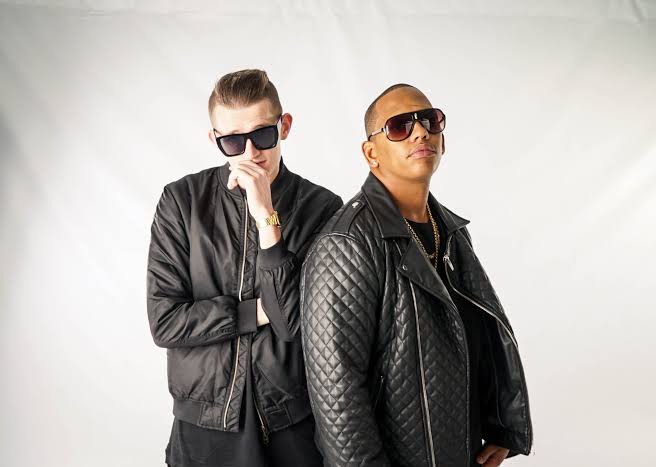 In a statement he released on social media, he said that he is following the case with a keen interest and he has complete in our criminal justice system. He pleaded for some privacy as he heal from the incident. 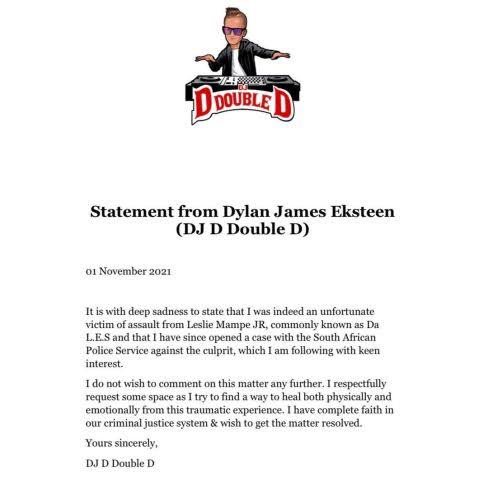 "It is with deep sadness that I was indeed unfortunate of assualt from Leslie Mampe commonly known as Da L.E.S and that I have since opened a case with the culprit which I am following with keen interest.

"I respectfully request some space as I try to find a way to heal both physically and emotionally from this traumatic experience. I have complete trust in our criminal justice system and wish to get the matter resolved."

DA L.E.S recently made headlines with his friendship with rapper AKA. This happened in May this year when MacG read out a letter on his show which claimed that AKA cheated on his late fiance Nellie Tembe with DA Les's baby mama.

"Nellie was suffering in her relationship, she struggled with cheating and abuse from Kiernan. It started last year when she had mentioned to me that she had tried to take her life after finding out he had been sleeping with other women. But what shook Nellie was when she found sexual messages on his phone [between AKA and DA Les' baby mama," the letter read in part.

At that time, DA Les refused to deny the allegations when contacted as he said he chose to focus on the well-being of his family.

"In moments of tragedy, there are no winners. It is with a heavy heart, but I choose to focus on the future where my family and love is the baseline; I think we need a lot more of it to go around, as no one wins in conflict,” said DA Les.